The Apollo Theater opened its single screen in 1949. Past the box office with 45-cent tickets stood a statue of the Greek namesake under a chandelier and a $20,000 organ. The first movie shown was “It’s a Great Feeling,” starring Doris Day and including a Ronald Reagan cameo.

Today the doors are boarded. A sign taped to the box office window declares the building unsafe. It’s been empty for about a year, and bail bonds and printed signs are for sale on either side.

The Apollo is the grandest building on East Emma Avenue, which runs through Springdale’s old downtown. I see the Apollo as symbolic of the street as well, because half of the other buildings are also empty. Antique shops, hardware stores, second-hand clothing outlets and a Dollar General fill the rest. 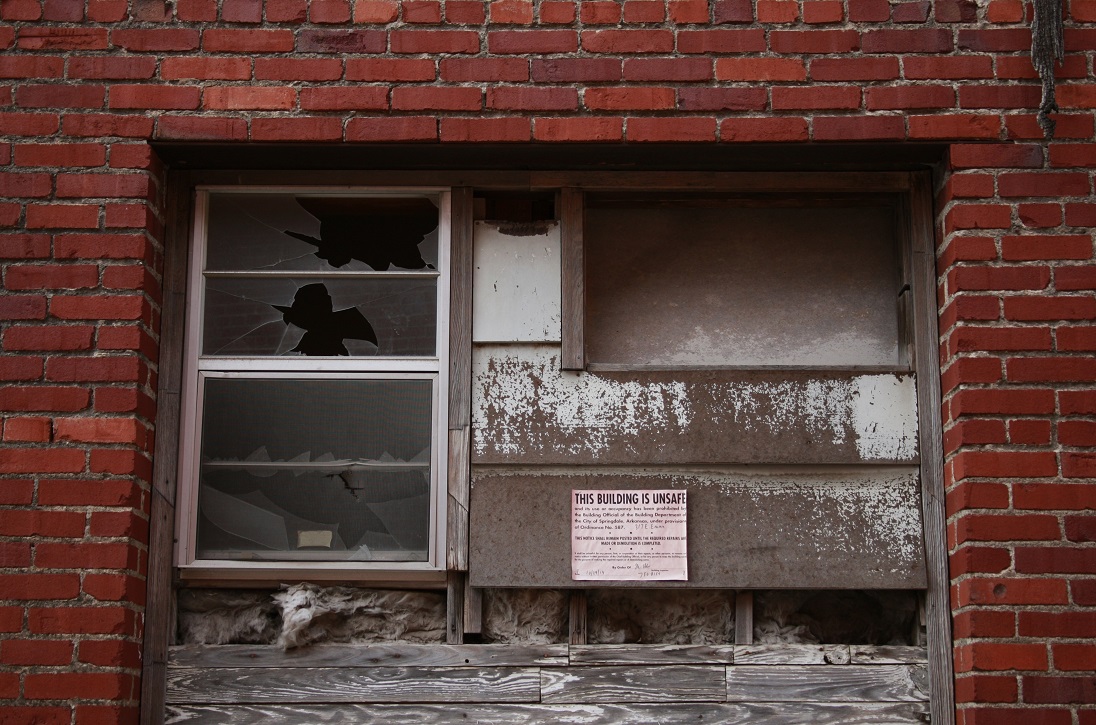 It seems like every town has a main street that’s just a shell of its former self, often near a railroad. Up in Lincoln, Neb., it’s O Street east of downtown.  In Springfield, Mo., it’s Commercial Street. And for Springdale, it’s Emma.

I know it’s cliche to take pictures of this kind of thing — urban decay, how original — but it’s interesting to me for two reasons: First, that these streets are so common, and second, that even here some people always work to fill the vacuum. 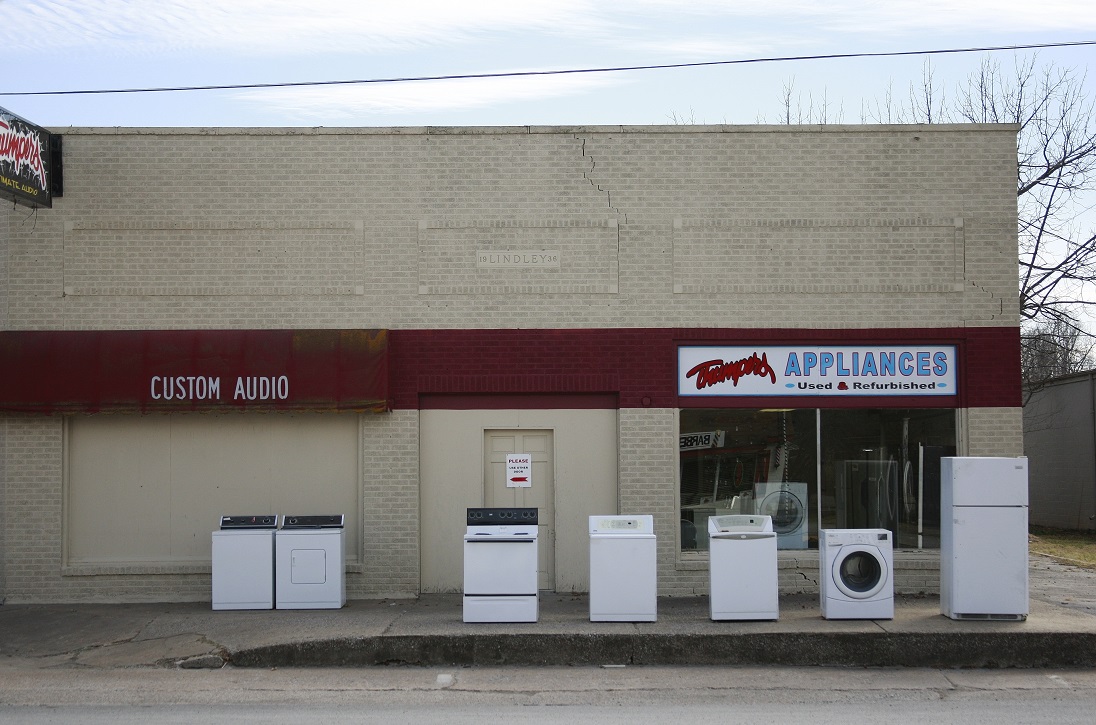 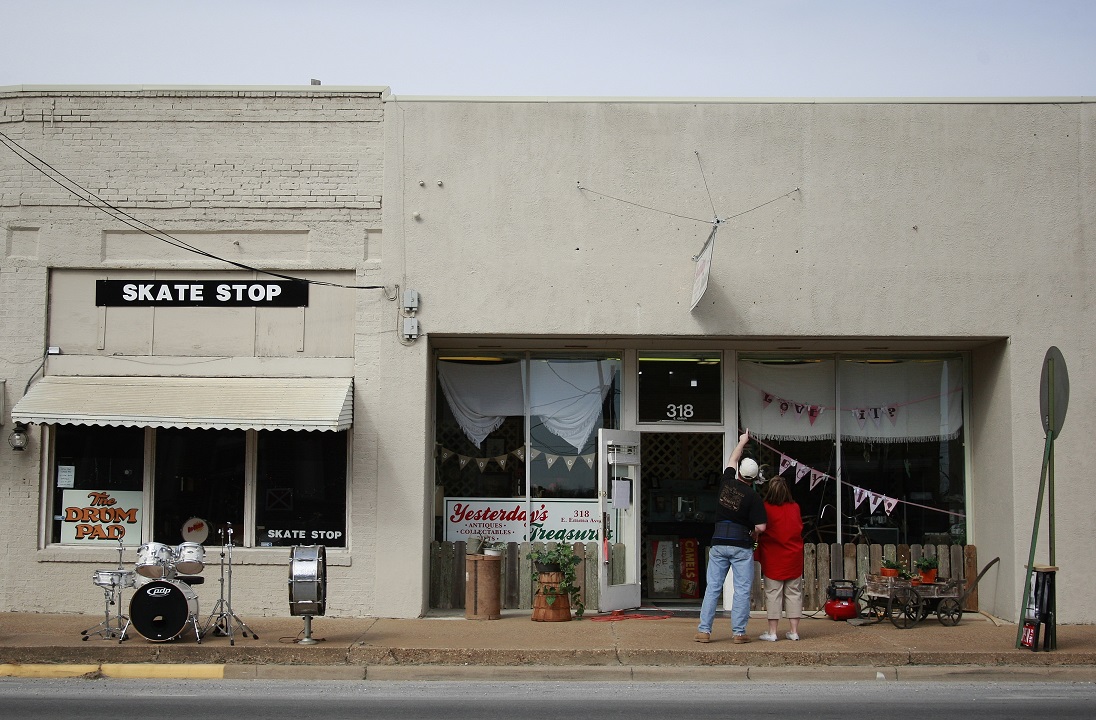 On Emma Avenue, a lot of those people are first- or second-generation Latino immigrants — people who, in my experience, often do what they can both to settle in and to find meaningful work. As Latino people make up a larger proportion of people around here, they have plenty of people to sell to and buy from.

Even the fading streets have life. 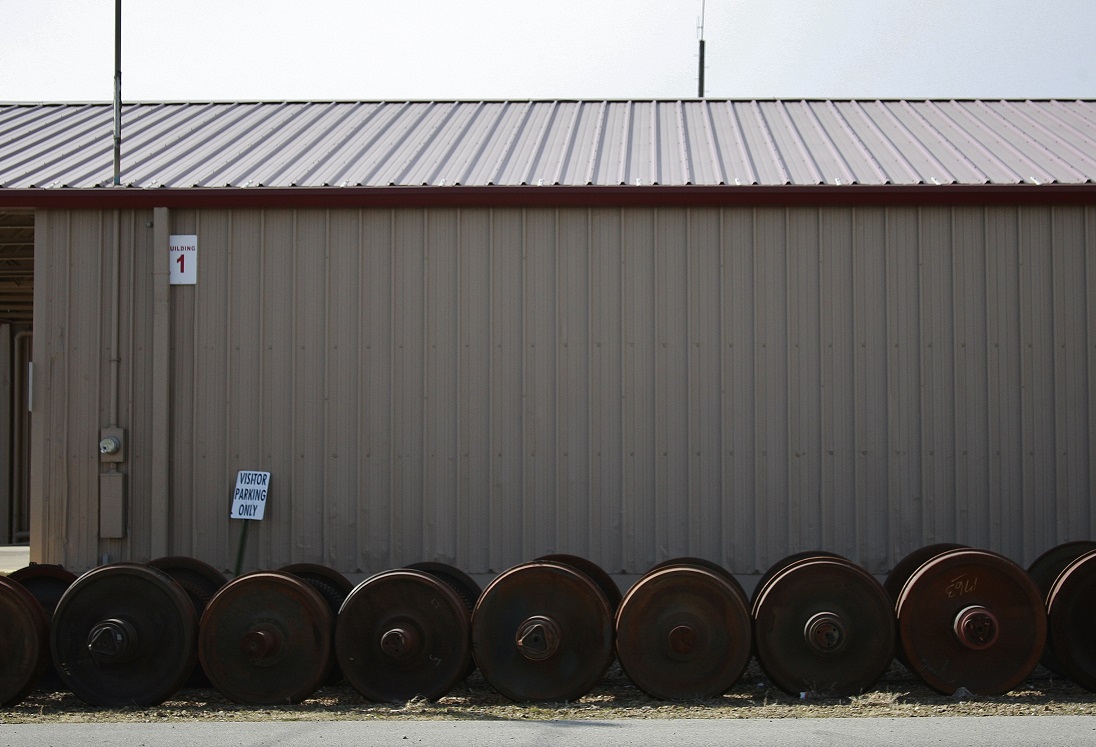