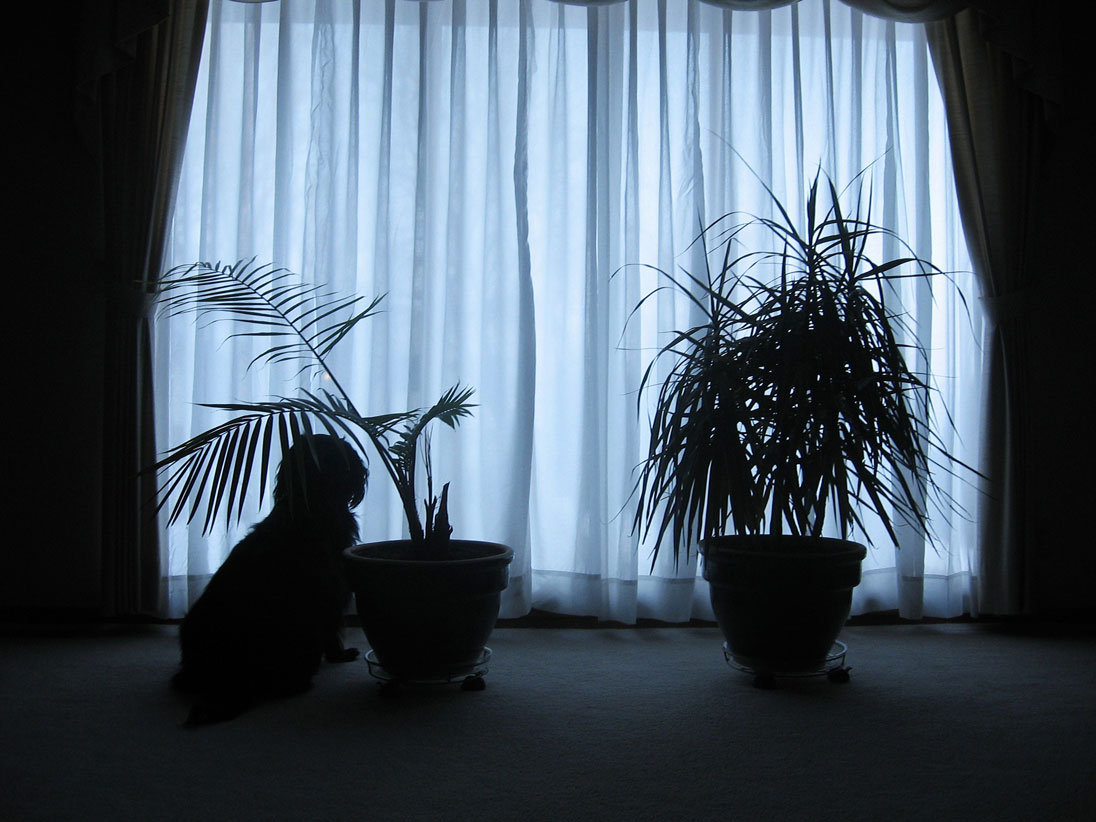 In fall 2010, I was hanging out with a friend down the hall when my dad called and told me to watch an NBC News video, part of their look back at Hurricane Katrina five years later. Watch it, he said — I think I just saw our dog.

The video (at 3:00 here) shows a reporter tentatively approaching a small, black dog on an empty highway overpass, one of thousands upon thousands lost in the storm. The man tries to leave a cup of water near the dog and the camera zooms in. For my dad and me, there was no mistaking that tuft of white fur on the chest, the curly fur on the ears or that snout. We’ll never know for sure, but we believe that was our dog.

See, shortly after Katrina, my dad found a quiet, mixed-breed dog at a Humane Society in Nebraska called Shadz (like shades). She scooted up to her cage’s door to let my dad pet her, a sharp contrast to the shelter’s more energetic occupants. We adopted her and renamed her Shady, which always reminded me of the name Sadie.

She was gentle and sweet — perfect for two quiet guys — but for the first year or so, she was also afraid when left alone. She would howl mournfully and dig through the trash, always apparently searching for semi-edible cardboard. She hid under the bed during storms. In the picture above, she was waiting for my dad to get back even though I was still there. Through the years with us, she feared abandonment less and less.

Shady died yesterday after weeks of declining health. I’ll miss her wet snout poking at my face, and lying down with her at the end of the day, and going on walks, and her habit of collapsing onto her side at our feet. I’ll miss her funny sighs and hums when she stretched, and her full-body tail-wagging, and her insistence on being in the middle of everything, and her watchful, gentle love. I’ll miss her.

(One of my first photos of her, with my first digital camera, so yeah, totally out of focus.) 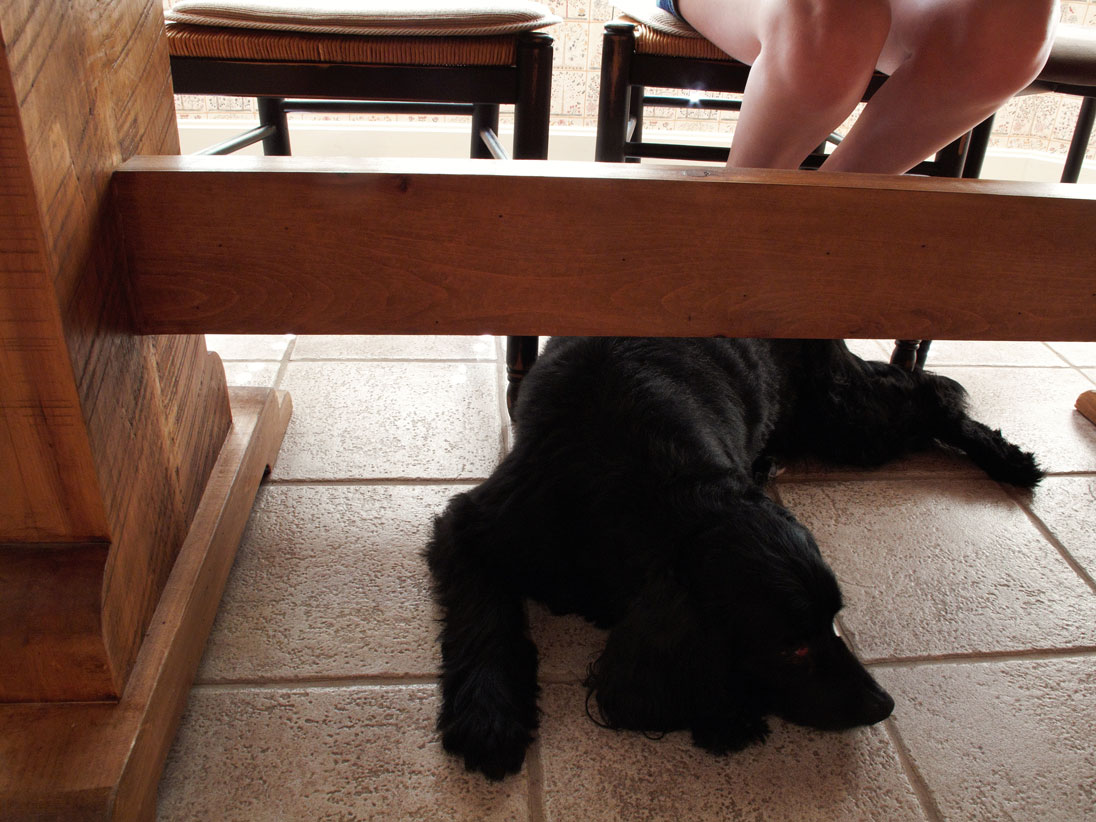 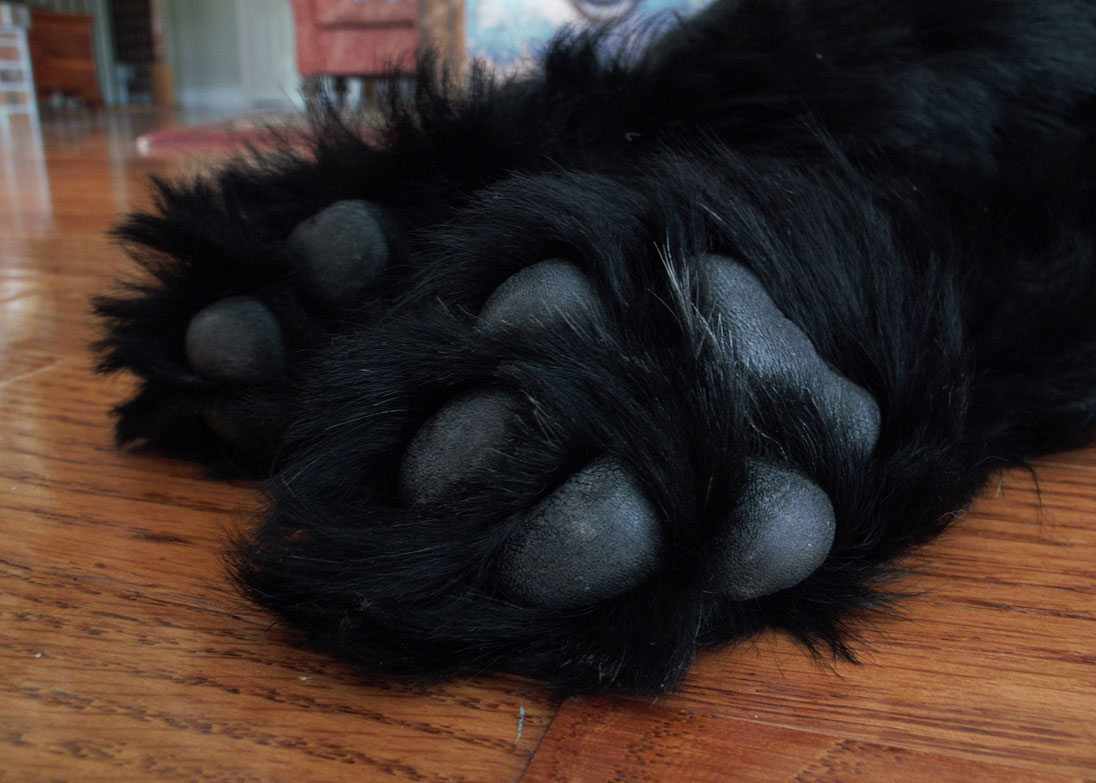 The math is unforgiving; if you love a dog, you will lose a dog, and you will suffer the pain and biting lessons that death brings — probably several times over.

This is my obituary, and a shout-out to dog-lovers: Keep loving those dogs. 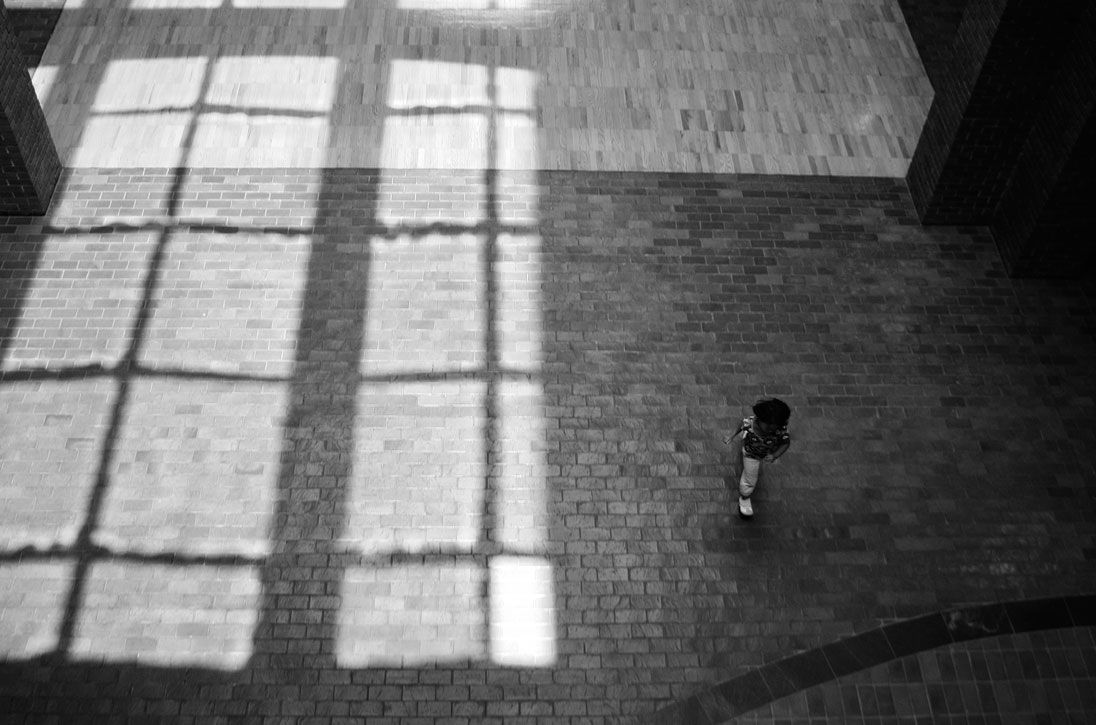 Today’s the solstice: the most light in a single day we’ll ever see. It’s only fitting that, while I didn’t set out this past week with any particular event or theme in mind, many of the images I managed to find turned out having something to do with light: its source, its avoidance, its appreciation and its last moments. 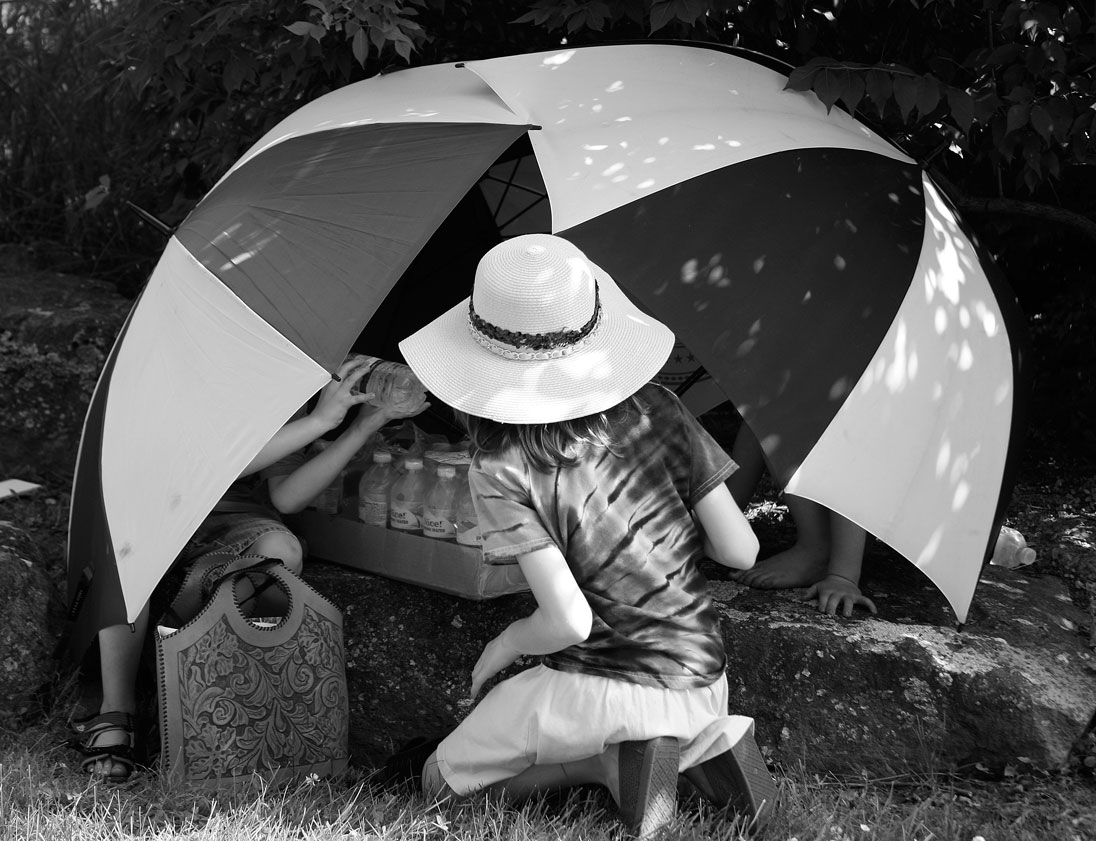 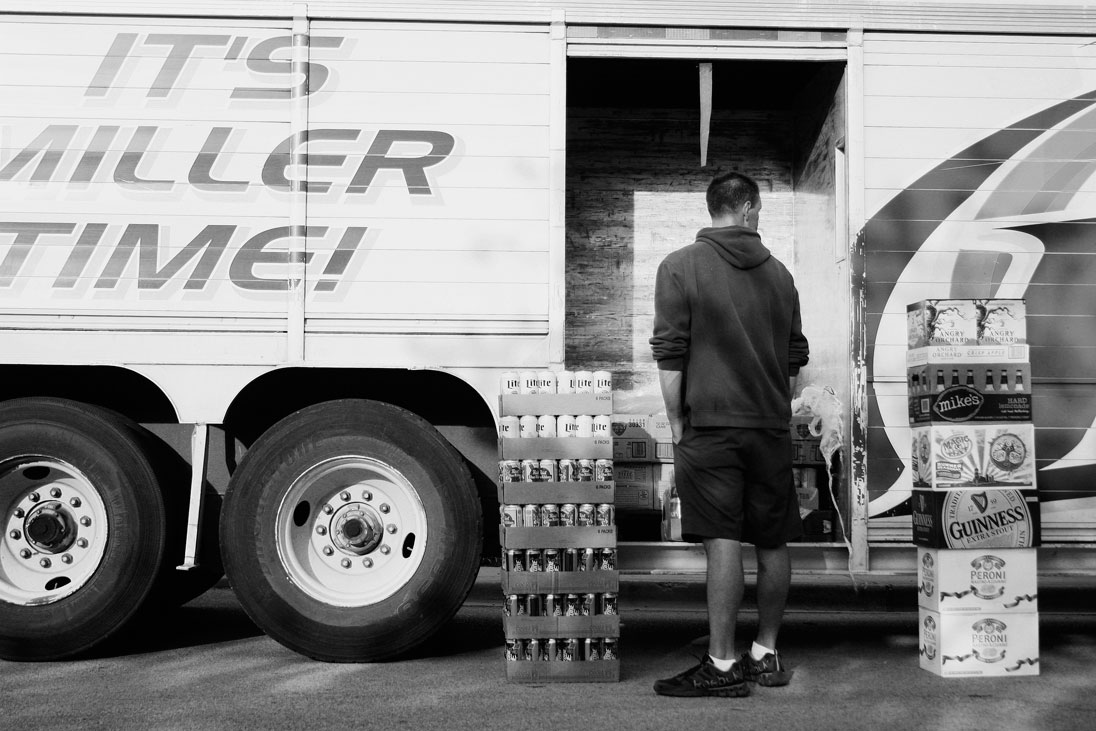 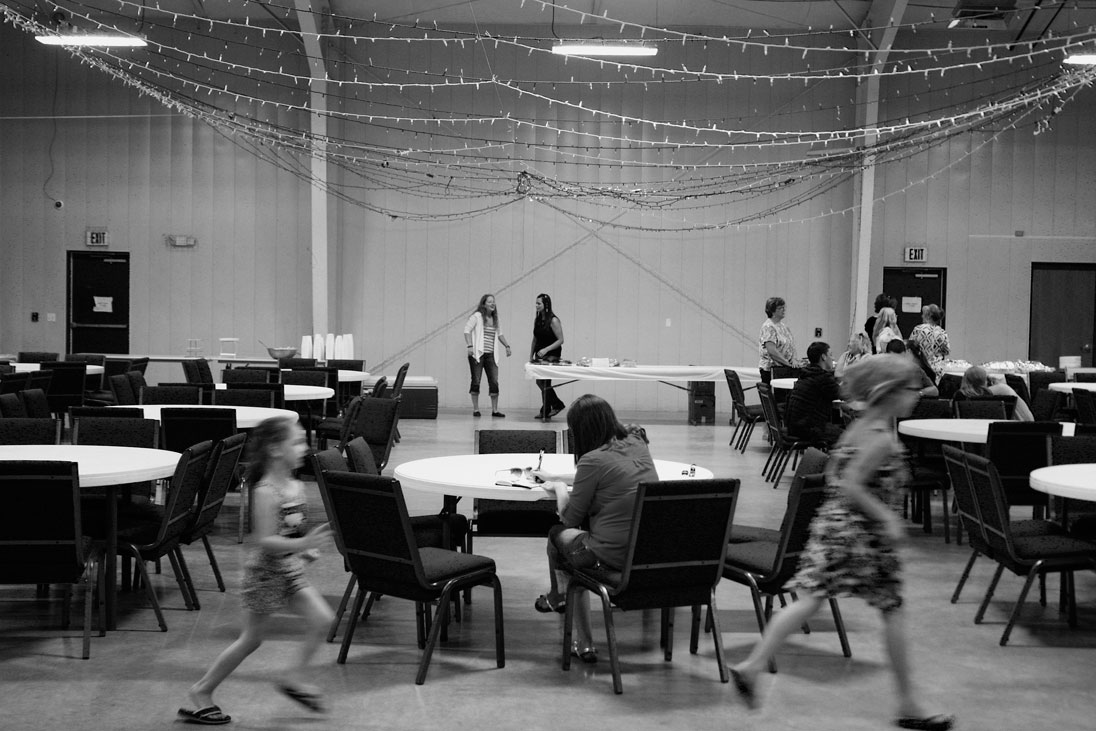 Happy (official) summer! And thanks for looking.

Fayetteville held its eighth Pride today. I’d say about 150 or 200 people of every color and age group came out to march or cheer, showing their support for lesbian, gay, bisexual and transgender people and celebrating human diversity. 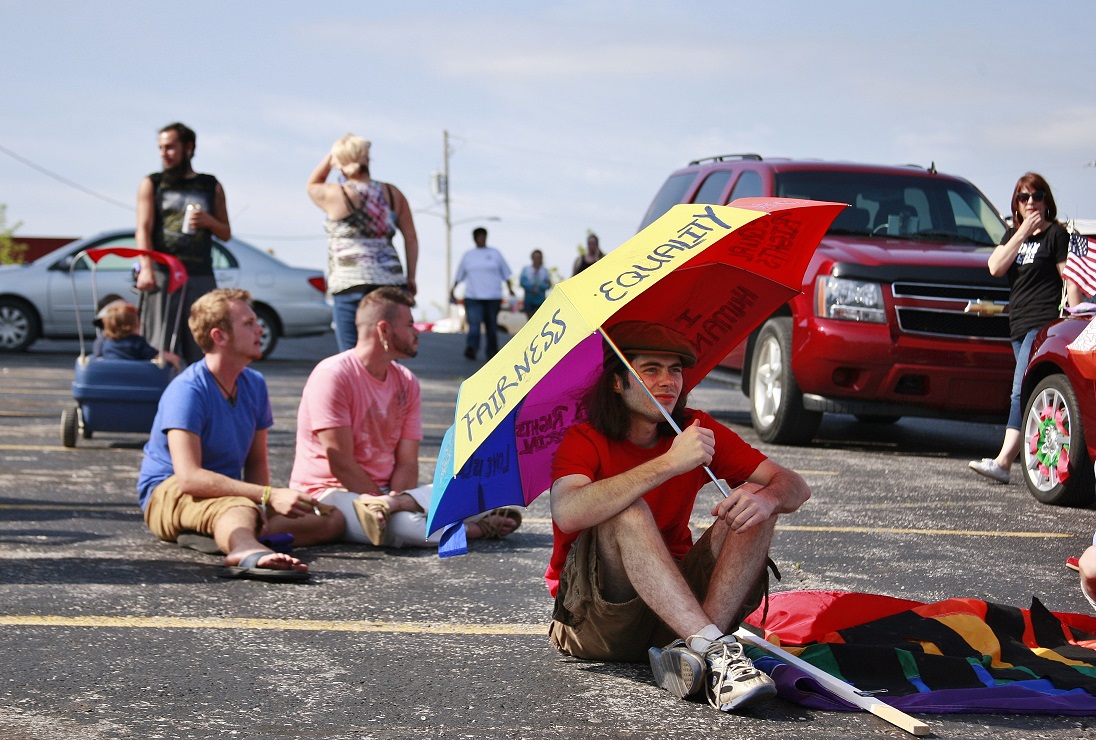 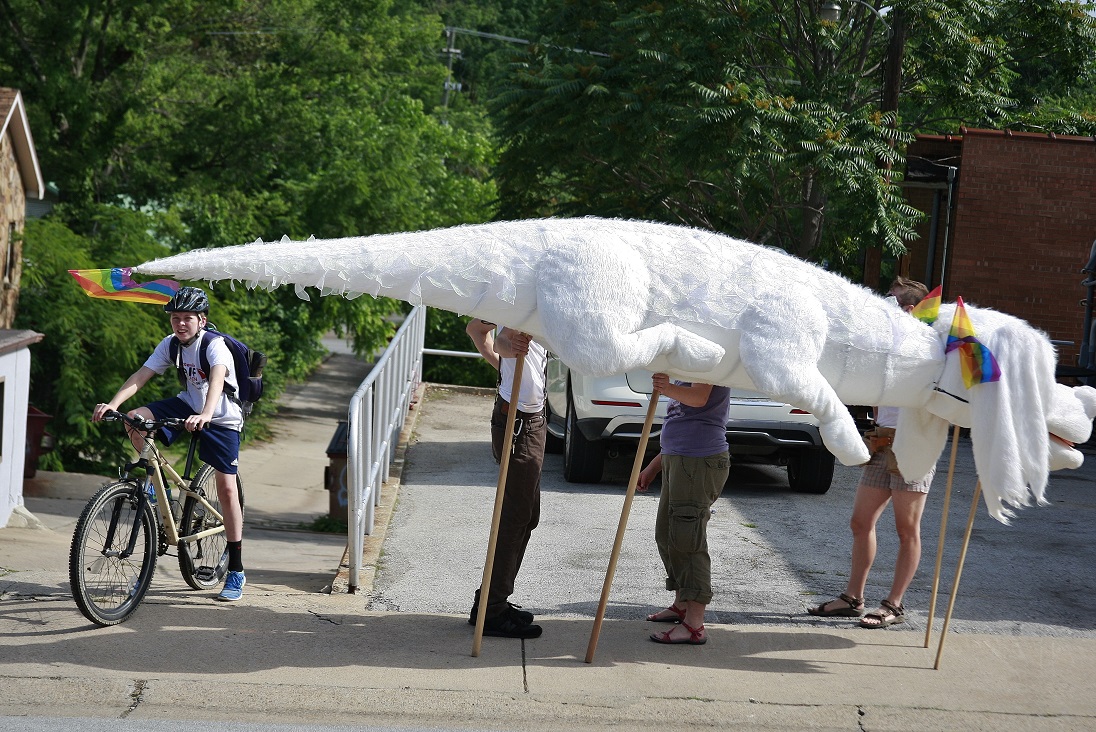 Even Falkor, the luckdragon from “The Neverending Story,” made an appearance.

Pride marches are usually held in June to commemorate the anniversary of the Stonewall riots in New York City. Police raids on bars popular with gay and transgender people were common in the 1950s and 1960s. Men dressed in non-gender-conforming ways, gay youth cast out by their families and others were arrested for being there.

During one such raid in June 1969, Stonewall bar patrons refused to submit to this typical humiliation. A solitary woman began fighting officers after being whacked in the head with a baton and, the story goes, she turned to the crowd that was growing and screamed, “Why don’t you guys do something?”

They did. Riots continued for several days. A year later, the first pride marches were held in Los Angeles, Chicago and New York itself. They continue today. LGBT advocates say their work is unfinished, though plenty of people obviously disagree with the work itself. Some, including here in the South, might say those police raids in the ’60s were the right idea. Others generally disagree with homosexuality and non-typical gender identities.

I saw only one protester today. “America is doomed,” read his sign on one side in duct-tape letters, while the other used a slur with a history of use during attacks against gay people: “God hates anti-Christ fags.”

But the people in the parade reacted to this man as you might expect. 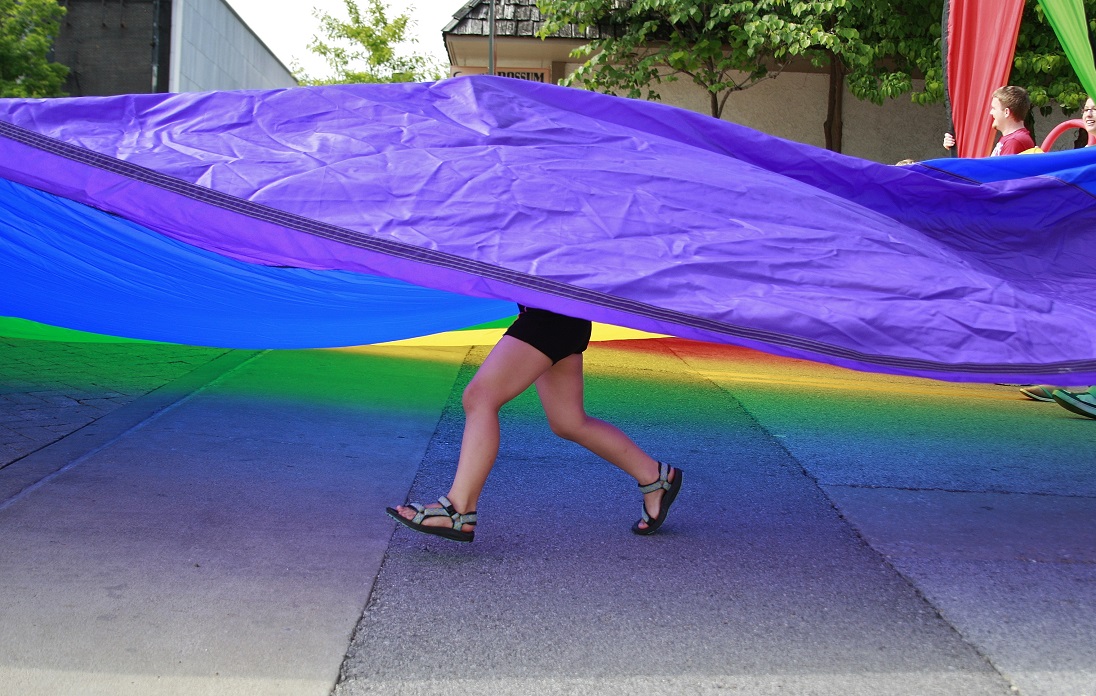 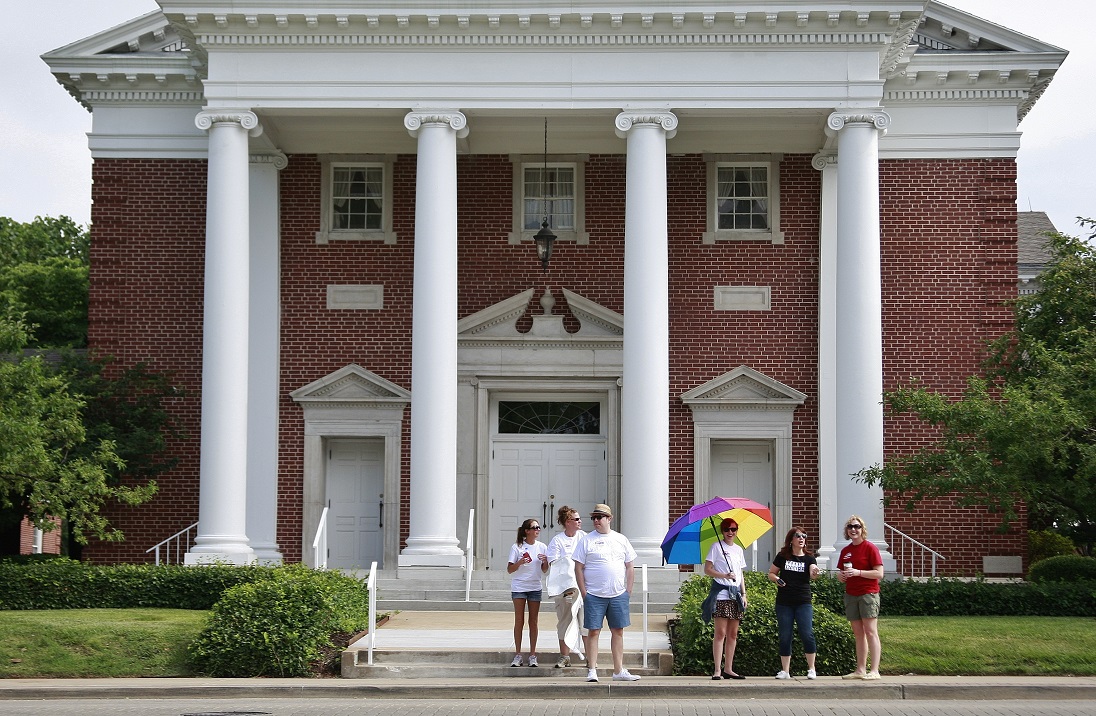 I hope you enjoyed the day, however you feel about pride parades, and that you felt all the love from those important to you. 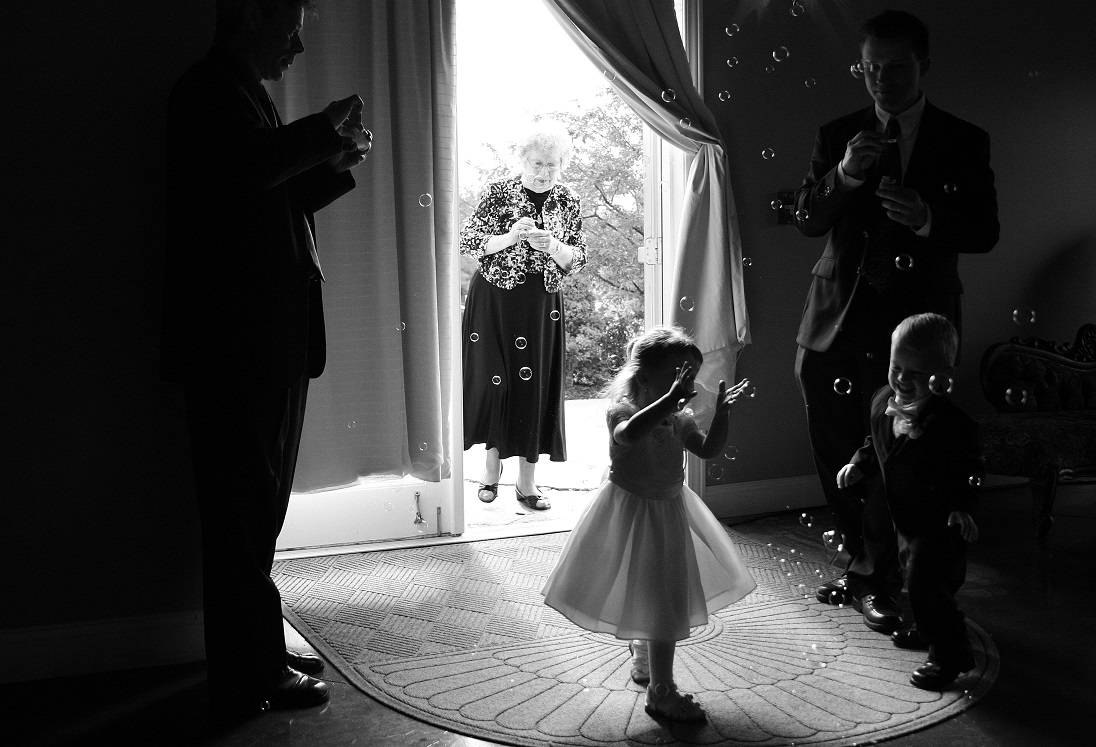 Another weekend, another two friends married back in Nebraska. And both trombone players! I’m sad I had to miss one, but I’m glad I could make it to my friend Ricky’s (and Stephanie’s). I’ll take these little reunions whenever I can, and it’s a thrilling, nerve-wracking, exhausting day for a good friend, so I’m there. 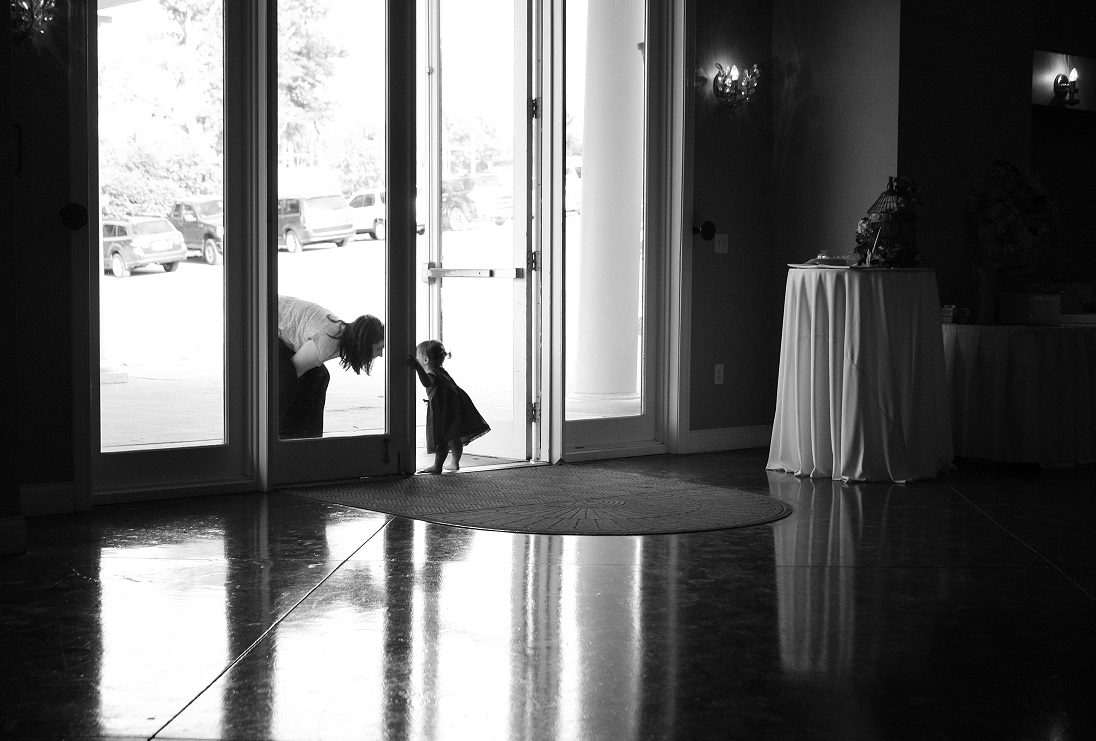 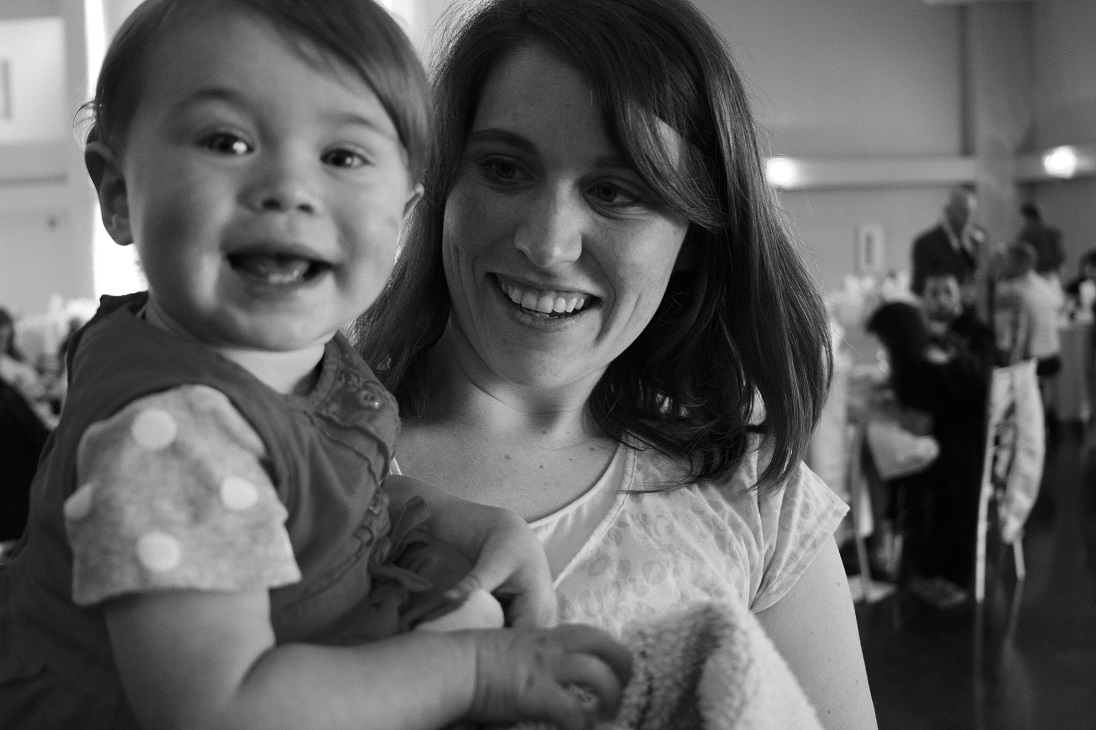 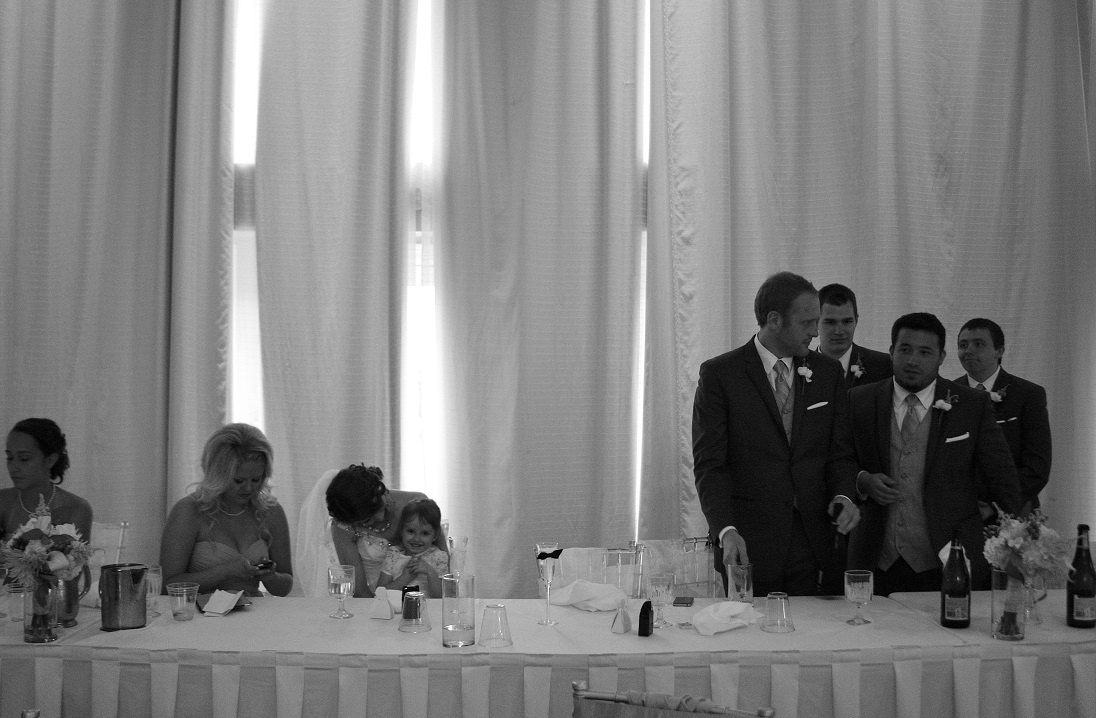 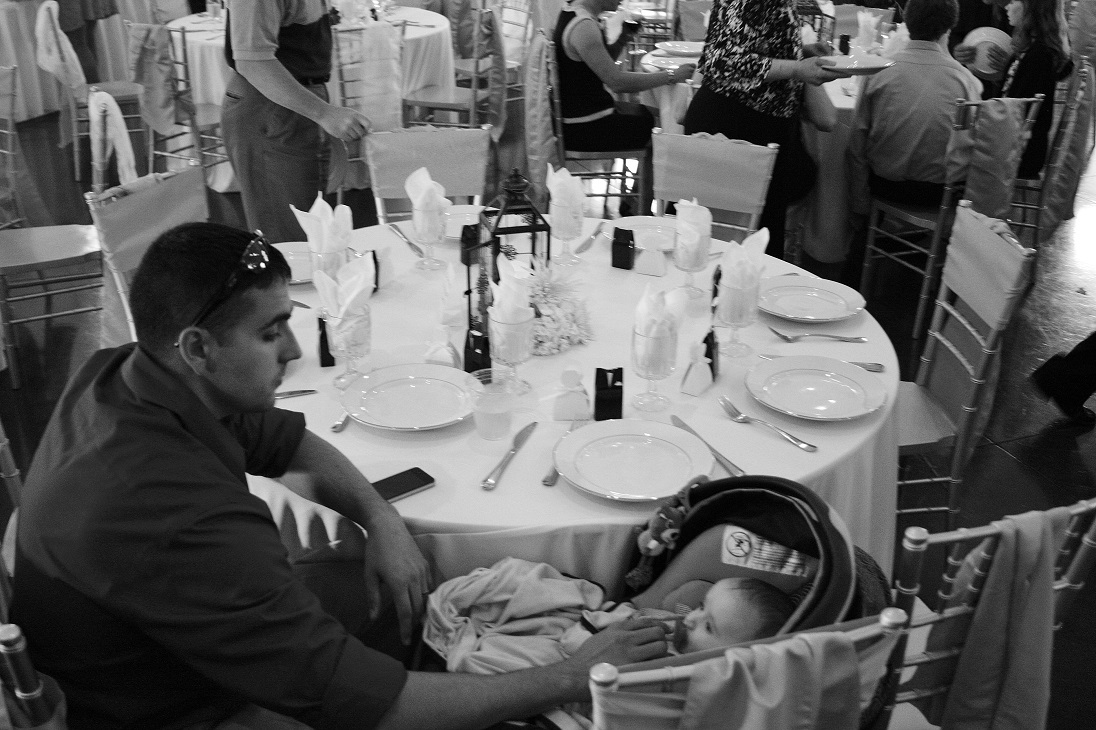 After the actual marriage ceremony, the bride and groom disappeared to take a couple hundred photos somewhere. They used up all the light, so I have hardly any photos of them, dang it. An hour later, though, they returned, and the party really got started. 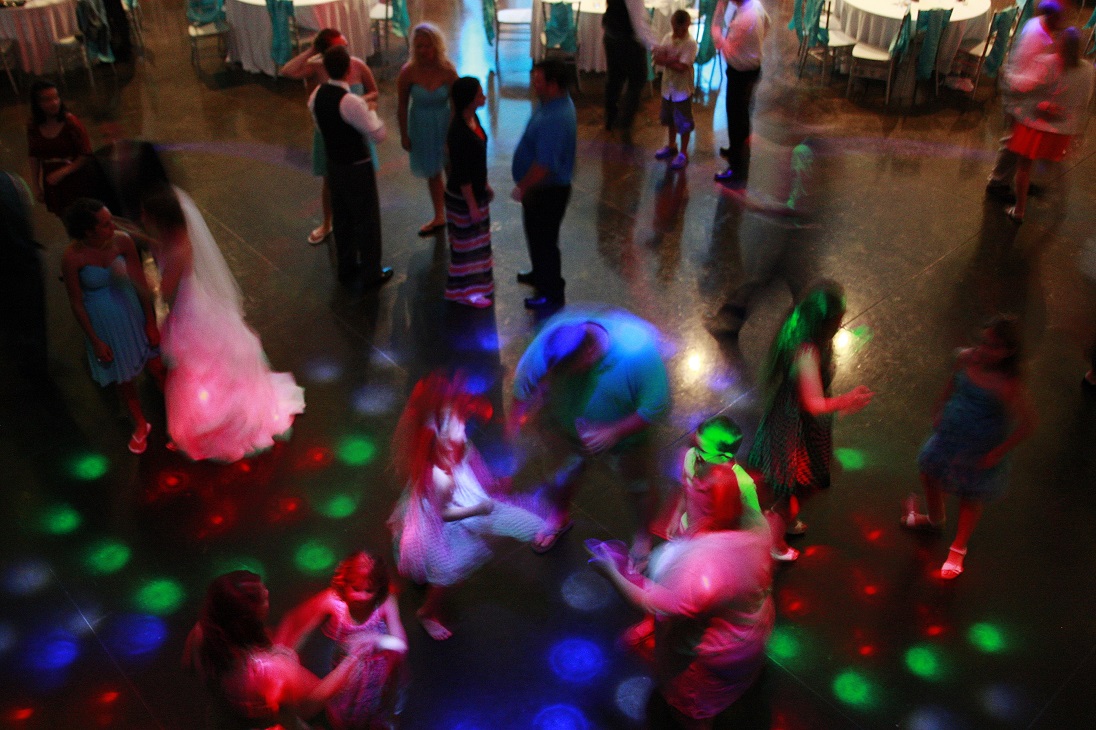 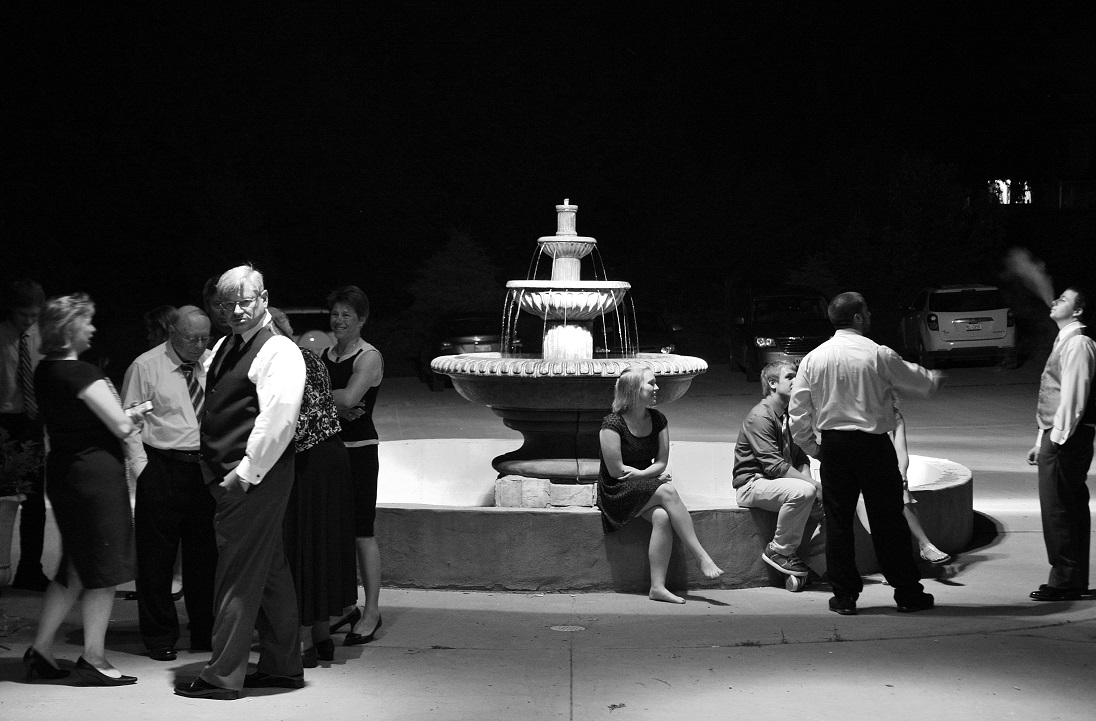 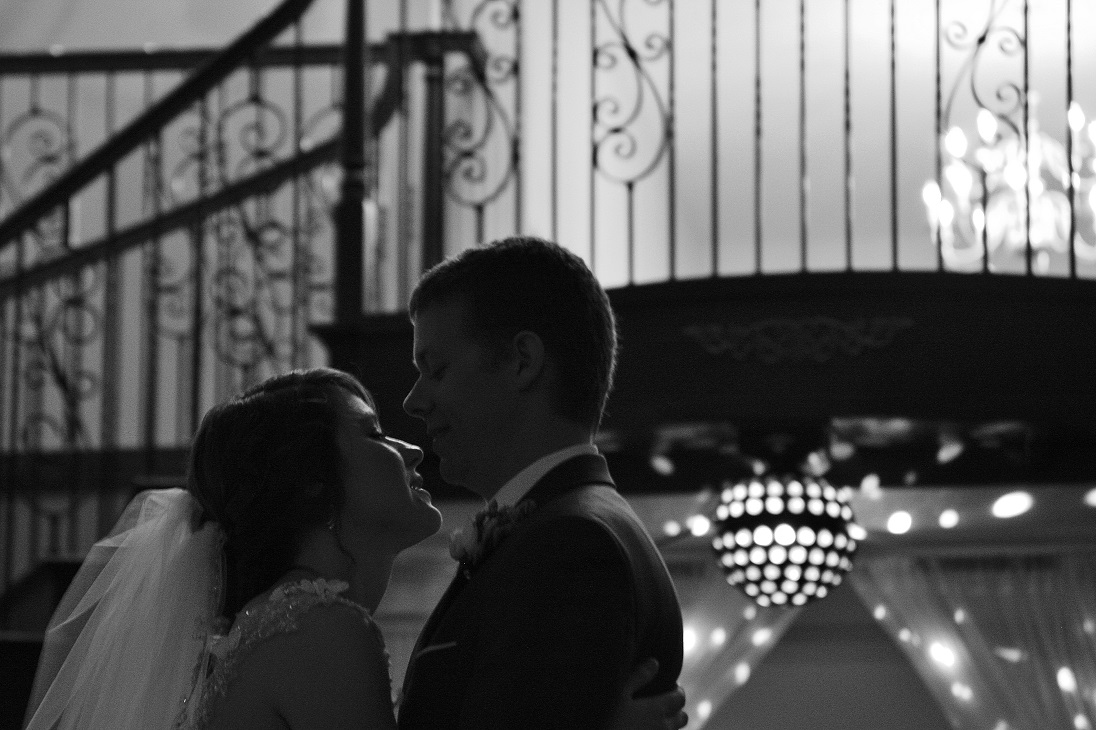 Here they are! Congratulations, Ricky and Stephanie. We all wish you the best. And as always, great to see you, Nebraska.