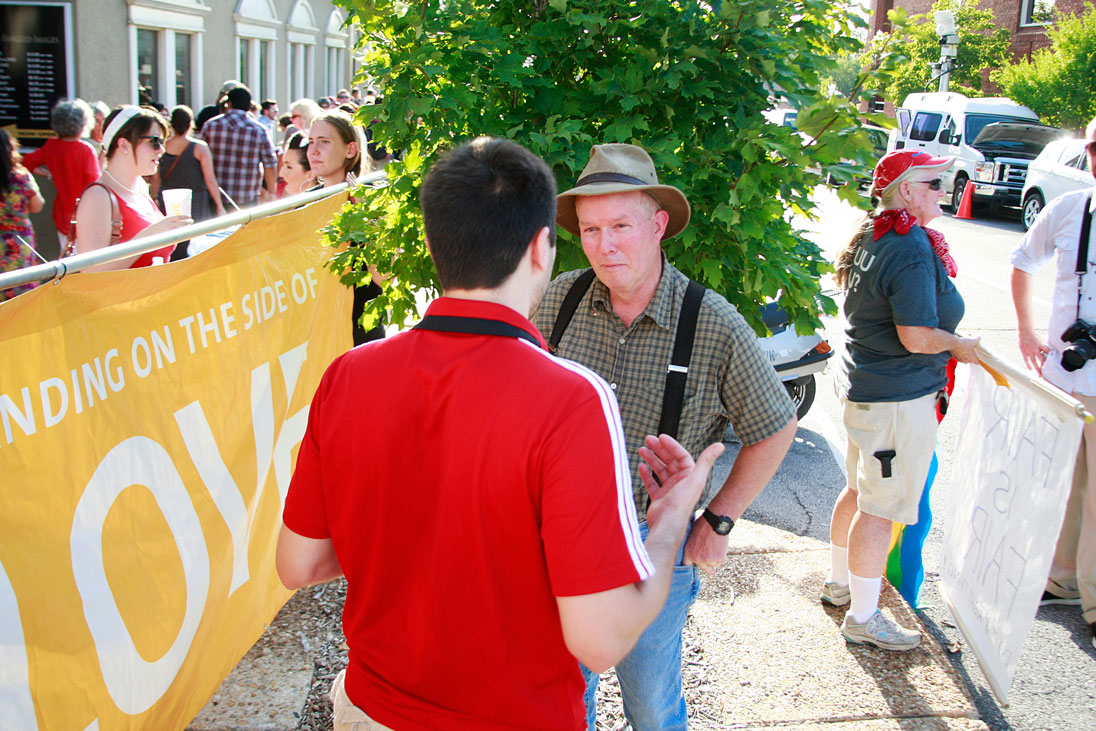 Fayetteville’s City Hall is packed tonight as hundreds of people line up to give their opinions on a civil rights proposal that has stoked controversy for weeks.

The situation essentially is this: It’s not explicitly illegal to fire or evict someone for being lesbian, gay, bisexual or transgender in Arkansas (and most other states). The ordinance would change this in Fayetteville by treating sexuality and gender identity as a protected class, like race or religion. You can sue someone who doesn’t hire you because of your race, for example. Many people, in Fayetteville and elsewhere, oppose protecting LGBT people in this way.

Fayetteville’s City Council unsuccessfully tried to pass a similar ordinance back in 1998; tonight, the council is trying again. At previous meetings on the topic, comments from the public have been overwhelmingly against the new protections, with many people calling it an attack on religious freedom. Tonight, the crowd appears to be more even, with supporters of the ordinance in red and opponents in blue or purple. 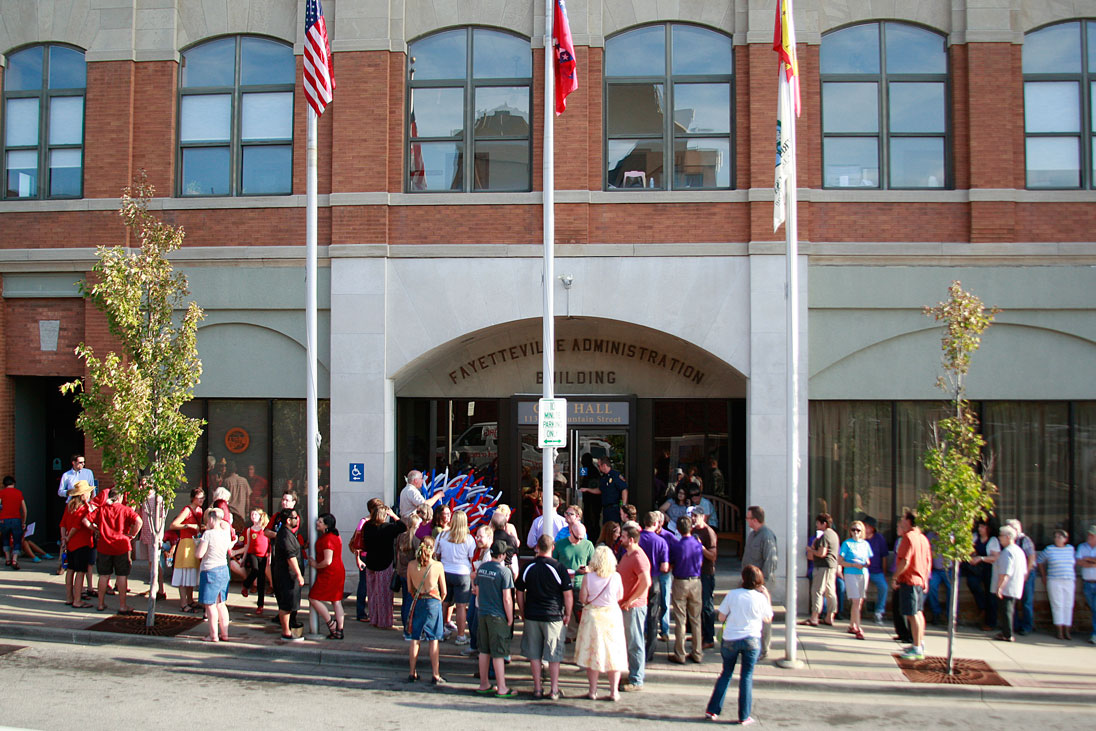 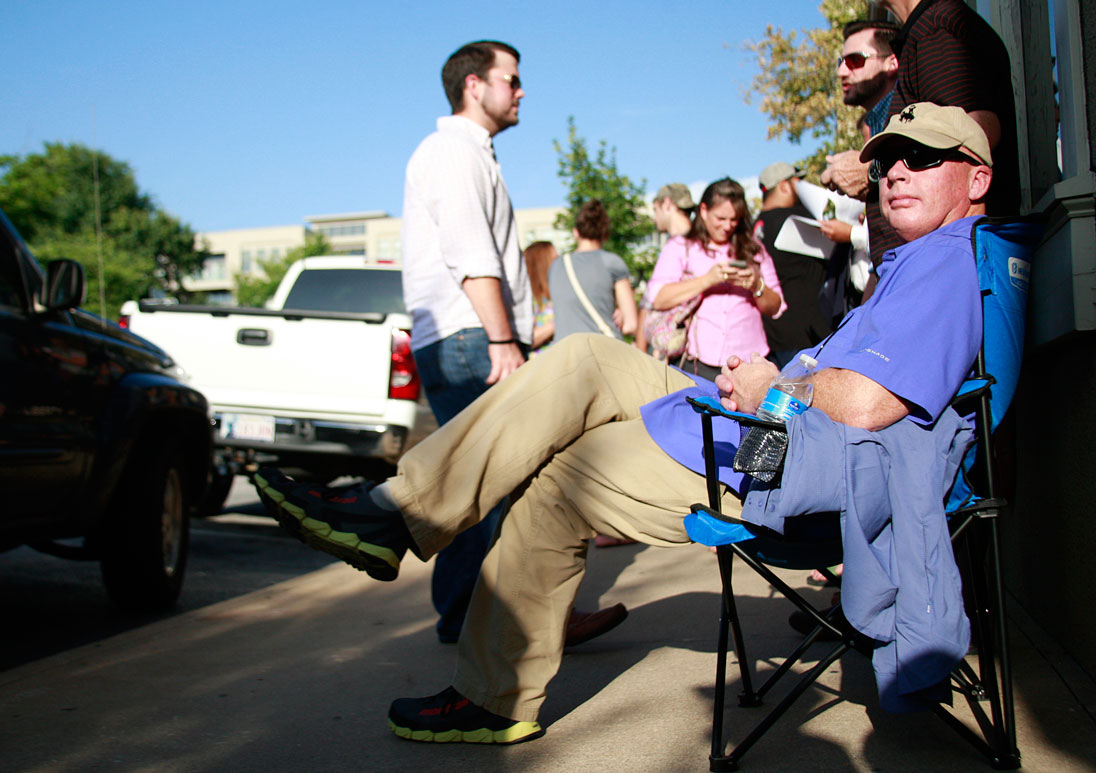 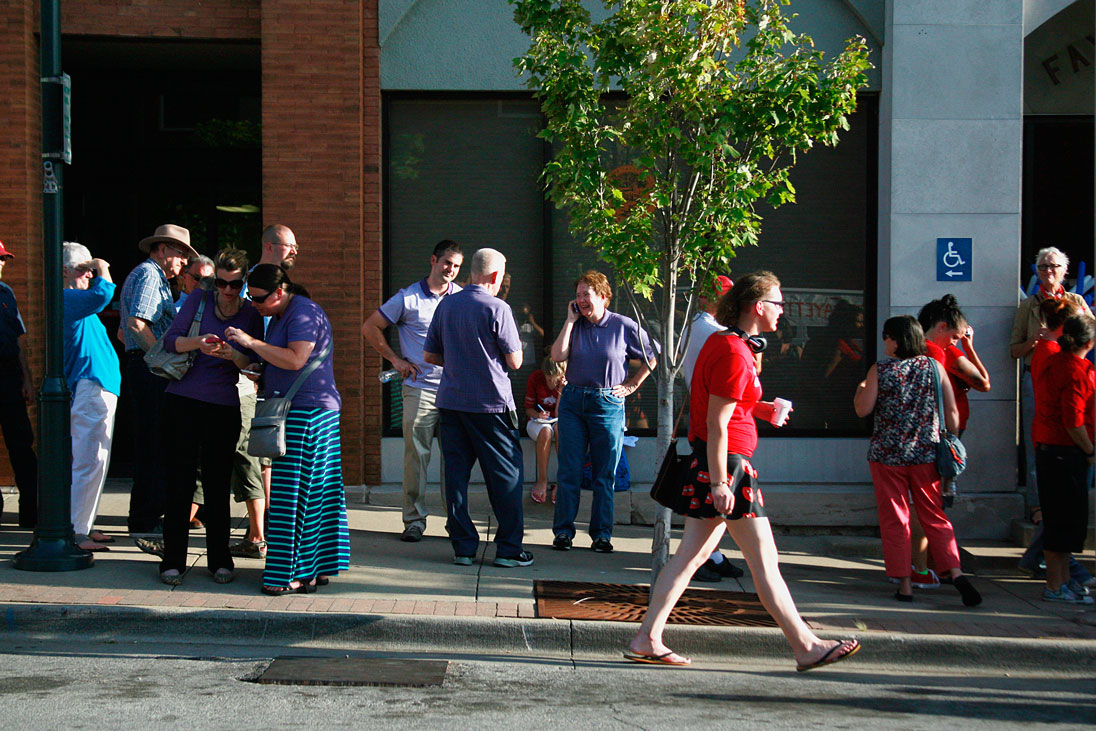 Inside, the council chambers are so packed that the line stretches down the block to the town square — I went on my own after work, so I didn’t even attempt entering. As soon as someone leaves the city building, someone else takes his or her place. It’s as exciting as city meetings get, and my colleague Joel Walsh will be covering it through the night as every person in line gets a chance to speak. 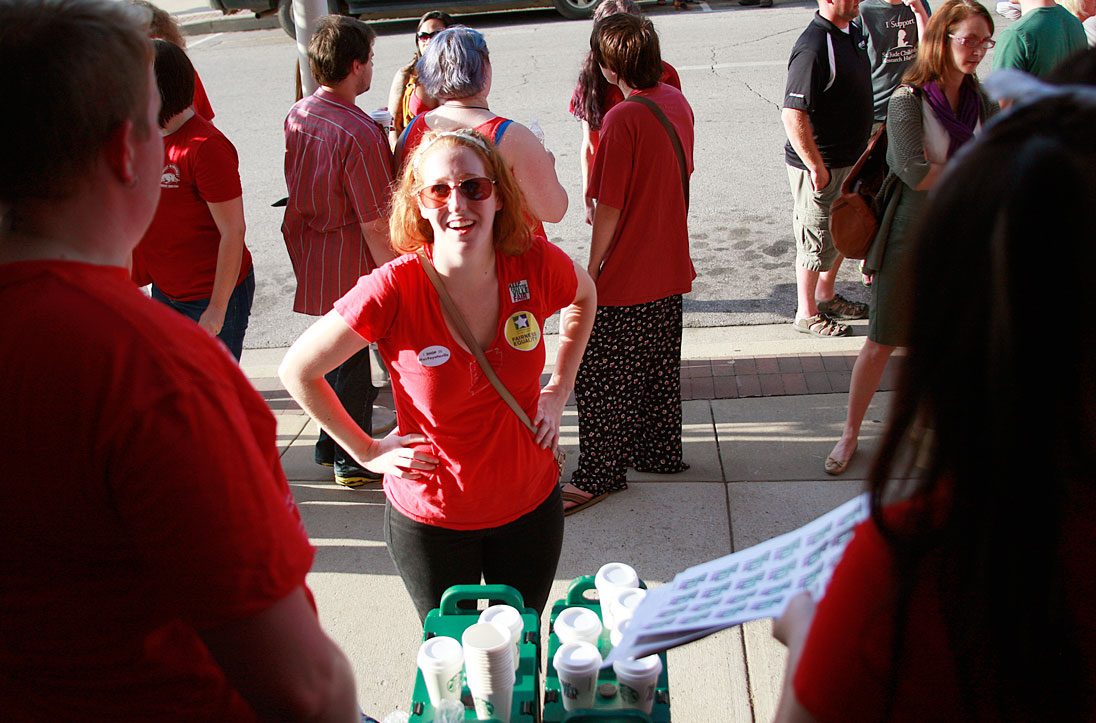 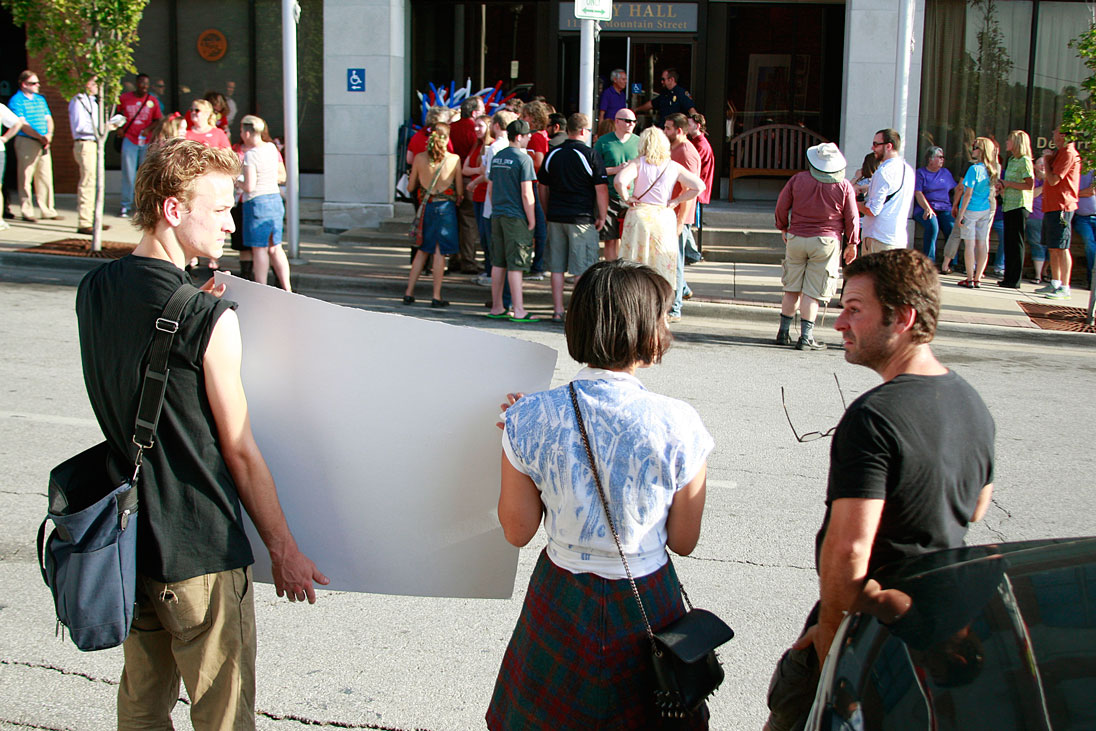 We likely won’t know how it turns out until very late this evening or sometime tomorrow morning.

UPDATE: The ordinance passed 6-2, but its future is definitely up in the air. Several candidates for City Council this November are running specifically in opposition to the ordinance. Signatures from only 4,100 people, or one in 20 Fayetteville residents, are needed to bring the ordinance up to a public referendum. Stay tuned.

One thought on “A Line Down the Block”