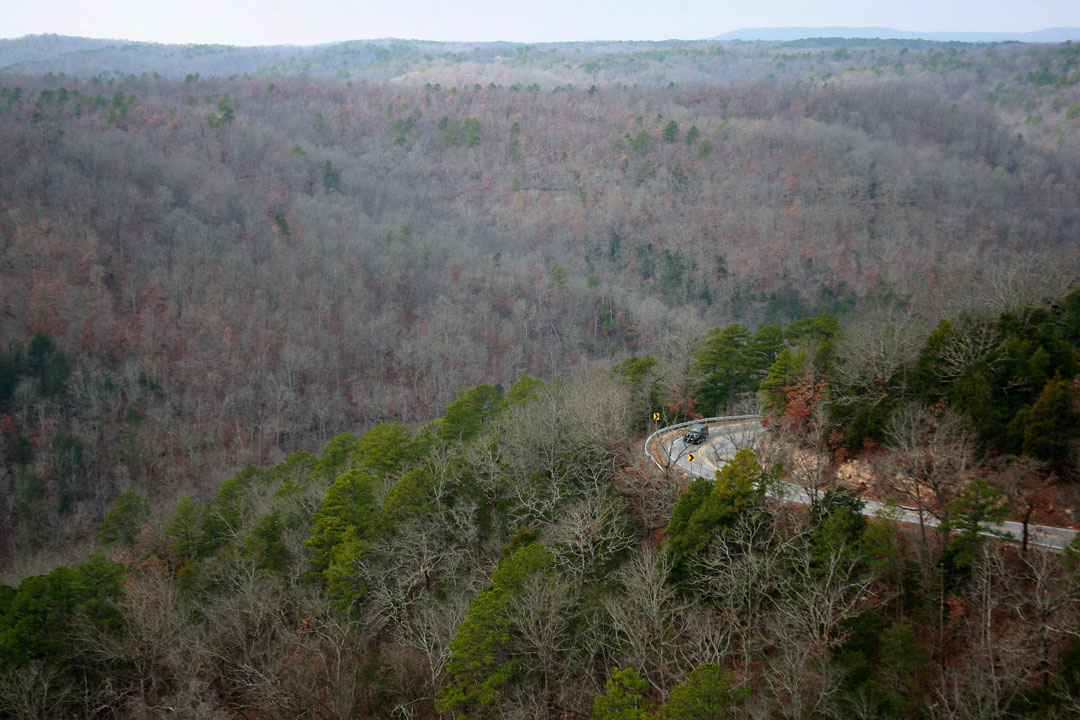 In January 2002, a British man named Rory Stewart walked alone across Afghanistan. He went from village to village along his eastward path for hundreds of miles, passing ancient ruins, feet of snow and militia men who didn’t care much for him, you might say. A police officer in the city of Herat guaranteed his death. Stewart later wrote a fantastic book about his walk called The Places in Between. I read it all during a travel writing workshop more than a year ago.

I didn’t do anything like Stewart’s walk this weekend, but I love the title, and on the way to and from Eureka Springs for some Christmas shopping, I found a few places in between. 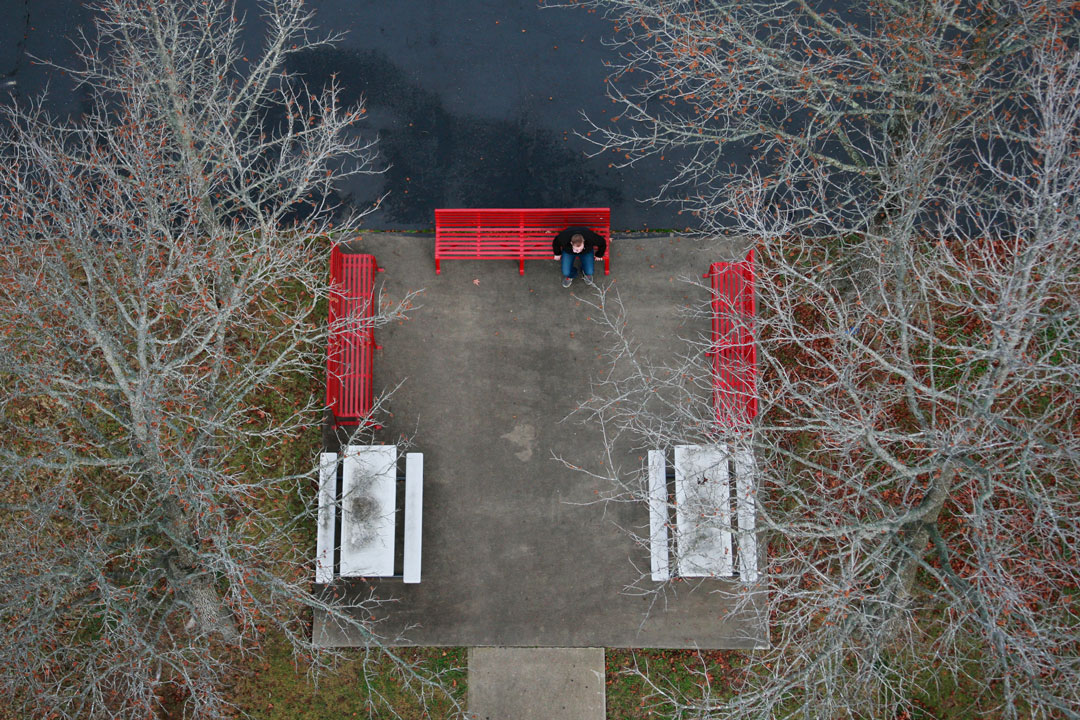 One place is a hundred-foot observation tower, which a sign said was used by the Arkansas Forestry Commission back in the day. A wide, one-story gift shop with an underground, rock-walled bathroom and a kind older woman behind the counter stands nearby.

I’m focusing on the places in between because my photo attempts in town were pretty lackluster. I was distracted by my goal — or maybe I just need to get better. 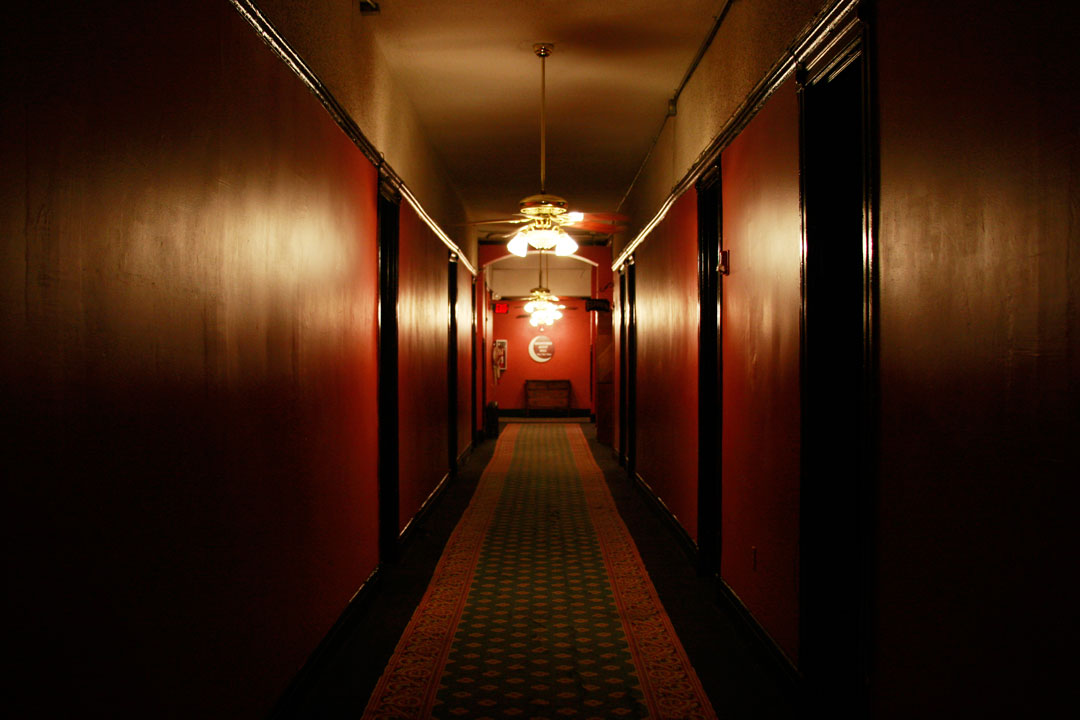 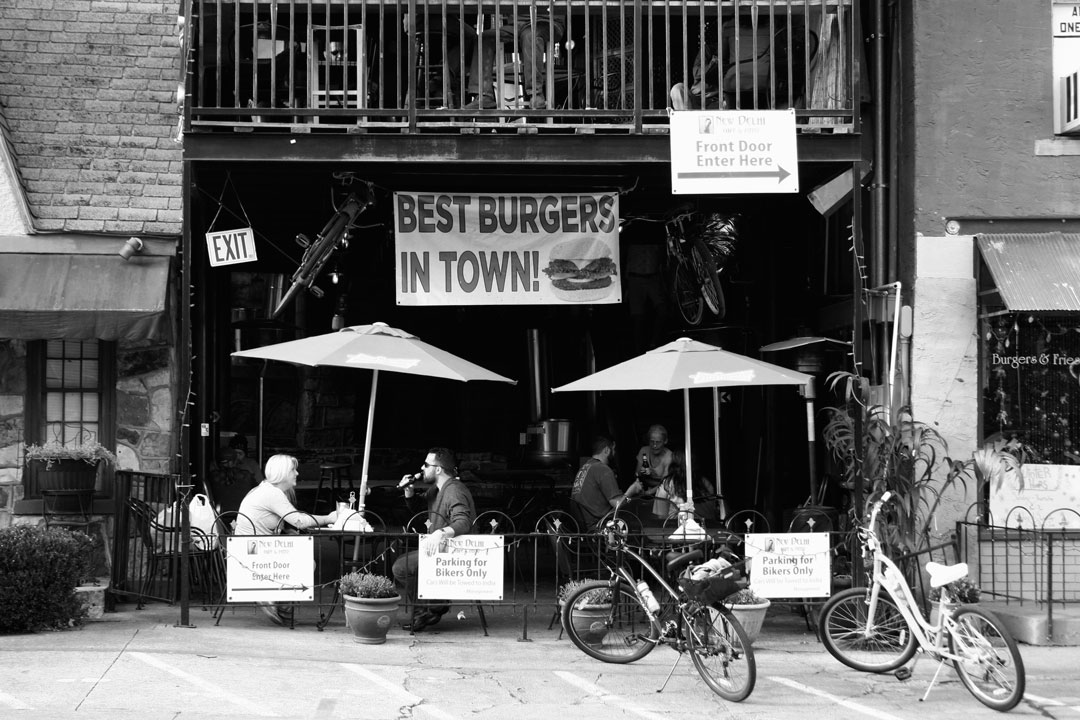 And then it was time to go back. I’ll tell you, the area around Beaver Lake’s northern edge as the sun sets is a special place in between. 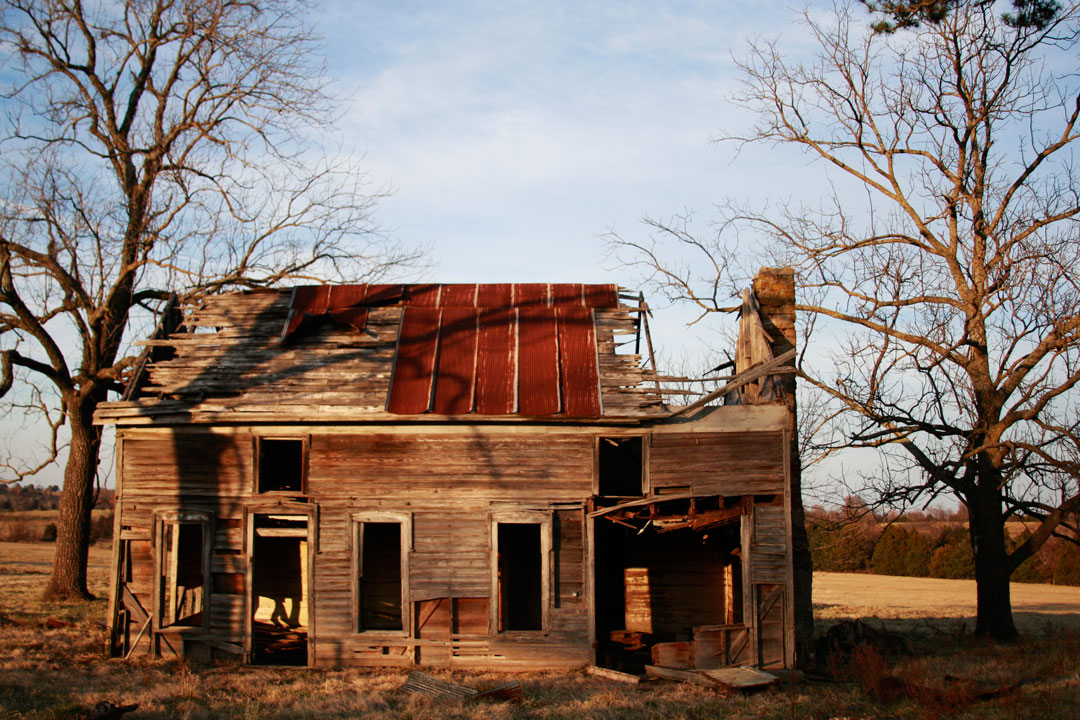 (Don’t worry, I looked both ways.) 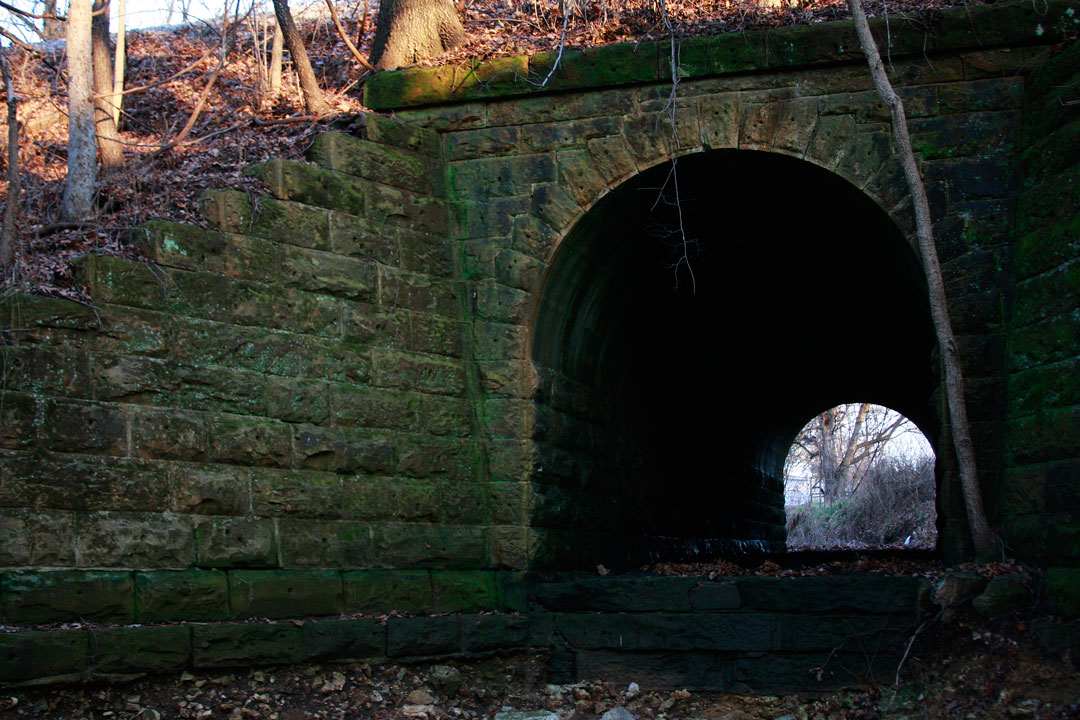 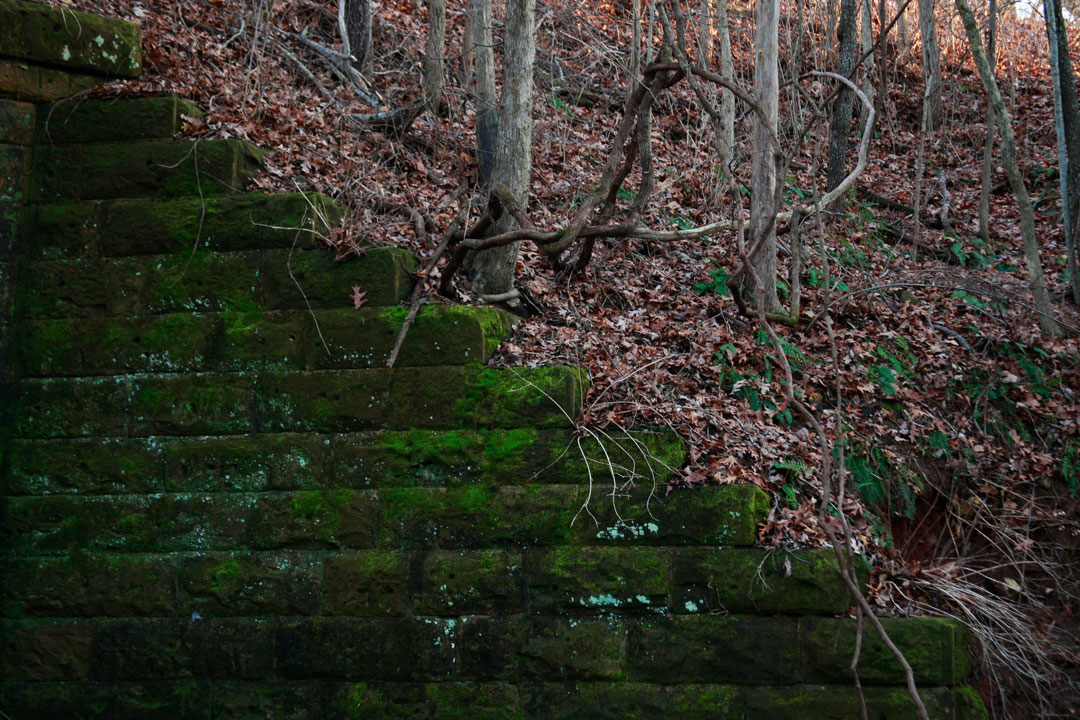 There’s a cliché out there about journeys and destinations that you might be familiar with; my editor at work hates clichés. I’ll just say it’s always worth looking out the window.