Church in the time of coronavirus: services live-streamed in front of empty pews, drive-thru Eucharist and stage management for the cameras. “There’s a lot of consolation knowing your fellow parishioners are tuning in at the same time,” one churchgoer said earlier today. “I do feel very connected and united.” Thanks to St. Michael Catholic and St. Paul’s Lutheran churches in Prior Lake and St. John the Baptist Catholic Church in Savage for letting me come by. • • • • • #church #covid19 #coronavirus #savagemn #sunday #priorlake #minnesota #midwest #photography #photojournalism #mass #christianity #religion
Keeping our distance in Prior Lake at the nonprofit ROCK’s pantry, waiting for families in need to come by for curbside supplies, and at Cleary Lake Regional Park. • • • • #coronavirus #priorlake #clearylake #photography #photojournalism #news #covid19 #minnesota #socialdistancing #stayhome
Social distancing, 2016. • • • • #photography #whitesands #newmexico #southwest #coronavirus #calm #quiet #stillness #breathe #blackandwhite #nature #outdoors #hiking #sky #dunes
It’s like a tornado disaster response without the tornado in Prior Lake and Savage this week, with school districts and others working to get meals, books and other supplies to students and their families while schools are closed. That’s a moving line of vehicles waiting in the background at Edgewood Elementary yesterday. Much more on the local #coronavirus response is online @swnewsmedia and coming to this weekend’s papers. And don’t worry, I stayed 6 feet away from everyone. • • • • #priorlake #savagemn #twincities #minnesota #covid19 #photography #video #photojournalism #publichealth
Tiny mushrooms, 2018. • • • • #photography #macro #nature #naturephotography #mushrooms #arkansas #petitjean #petitjeanstatepark #summer #hiking #outdoors
Frost flower, 2018. • • • • #winter #photography #nature #naturephotography #frostflower #arkansas #nwarkansas #quiet #calm #stillness

Bike trails are a big deal around here.

For the first time, an unbroken thread of paths and trails connects all of the Northwest Arkansas metro, from Bella Vista in the north to Fayetteville at the south end. The cities marked the project’s completion Saturday with a festival of biking, train riding, history walks and food that drew at least a thousand people by my reckoning. A few dozen of them told me the best way to celebrate was riding all 37 miles.

I started the day in Fayetteville, where a couple hundred people gathered in the morning for a bike and train ride to the main event up in Springdale.

But before that, something I didn’t expect: a march, about 40 strong, for Freddie Gray, whose death after being severely injured in police custody sparked protests across the country and has led to criminal charges for six Baltimore officers. 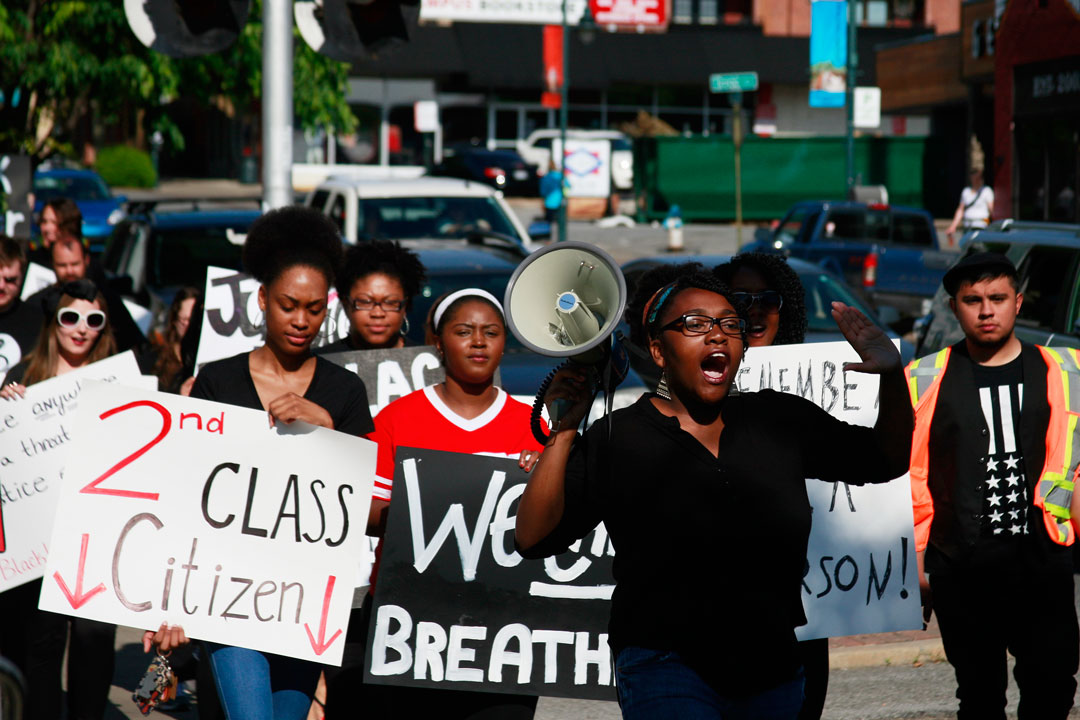 It was a blink-and-you-miss-it deal; I had time for the one photo and they were gone. The cyclists, meanwhile, kept gathering, cheering the train from Springdale when it sounded its horn.

The bunch arrived in Springdale by train or bike half an hour later. More bikers and others flocked in by the hundreds. 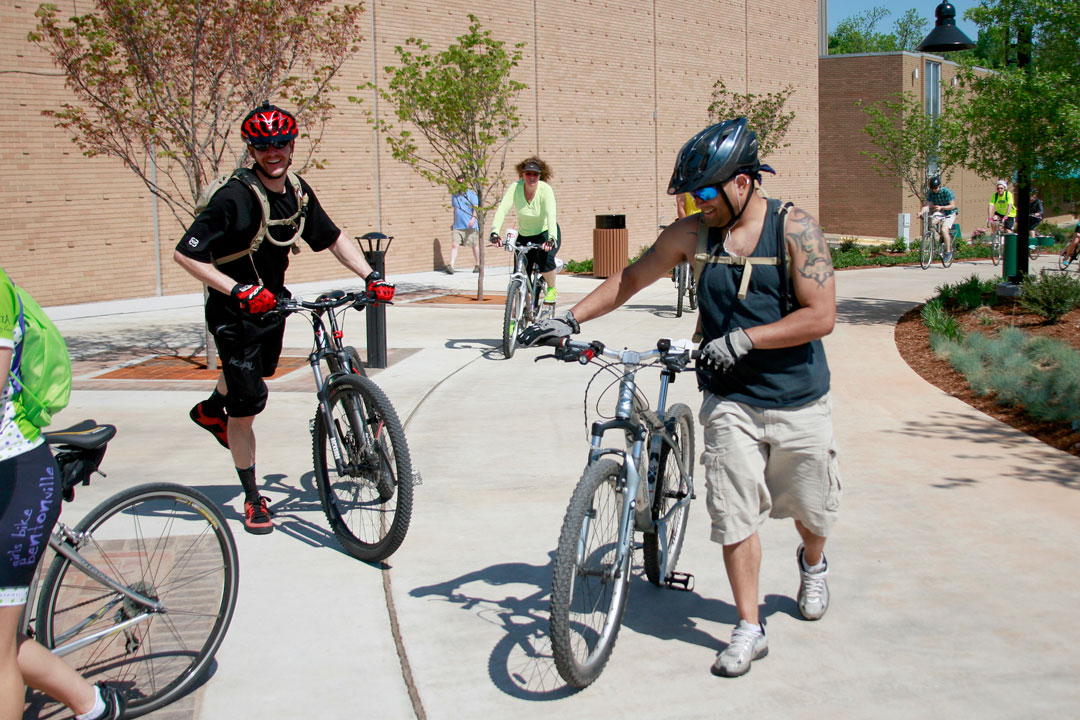 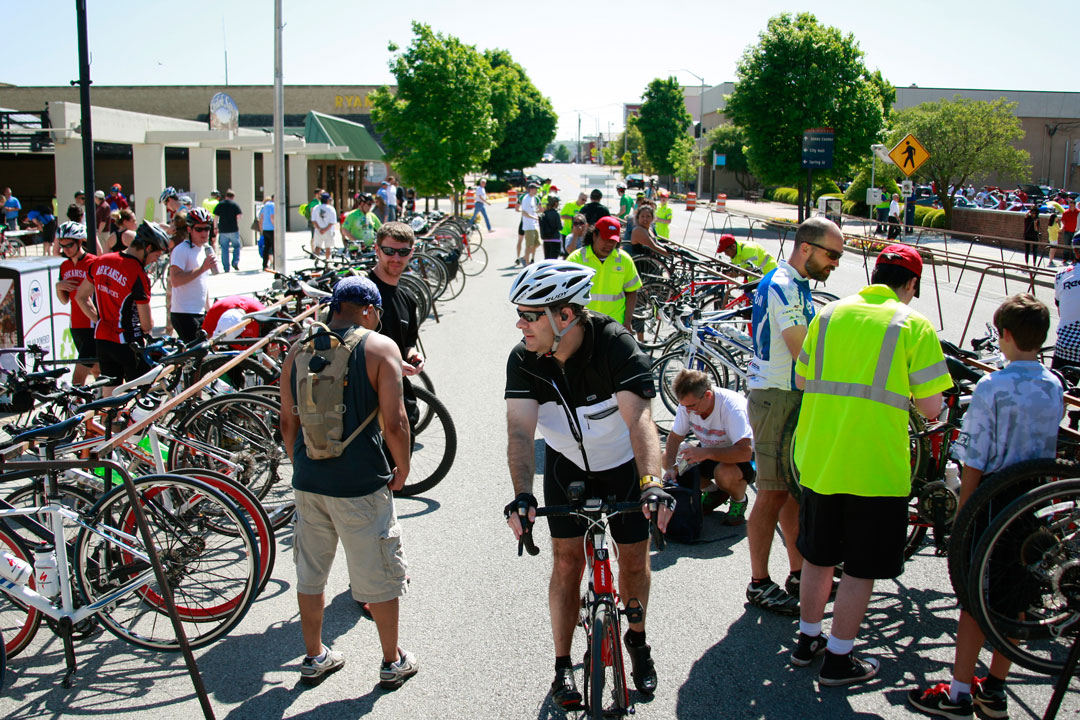 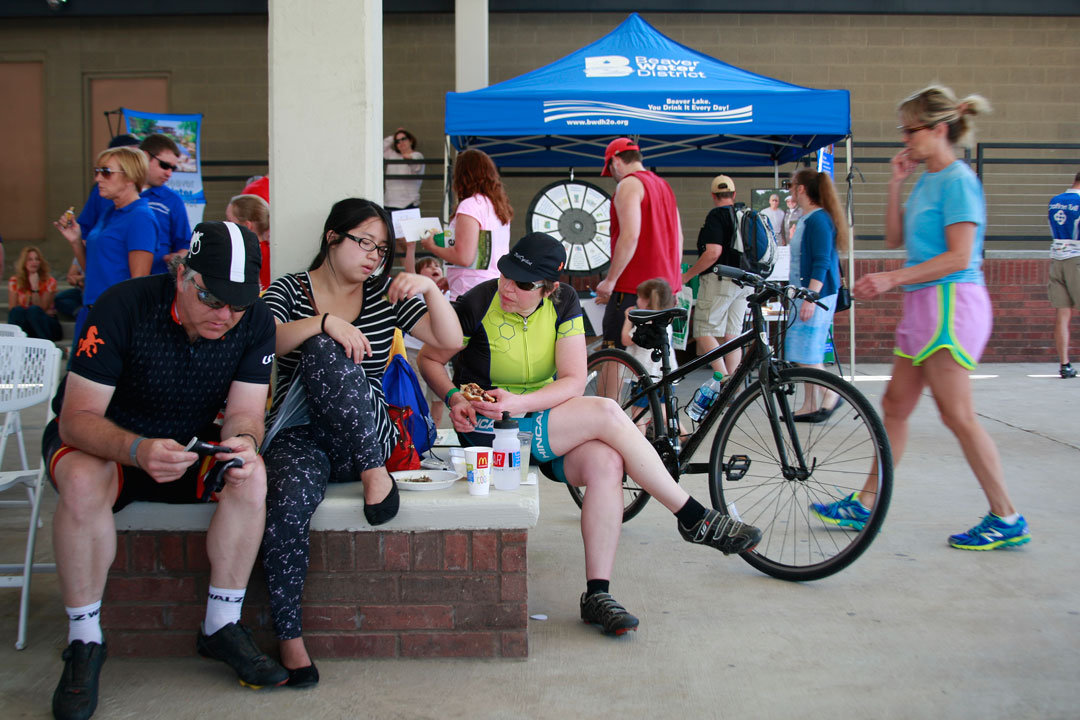 Several mayors and other officials gave speeches and thanks to everyone involved; this is a project planned for a decade, under construction for three years and built for $1 million a mile. The speakers touted the trail’s economic impact as well — a topic my co-worker Joel dug into in today’s paper — before leading the crowd in a spirited round of “Woo Pig Sooie.” 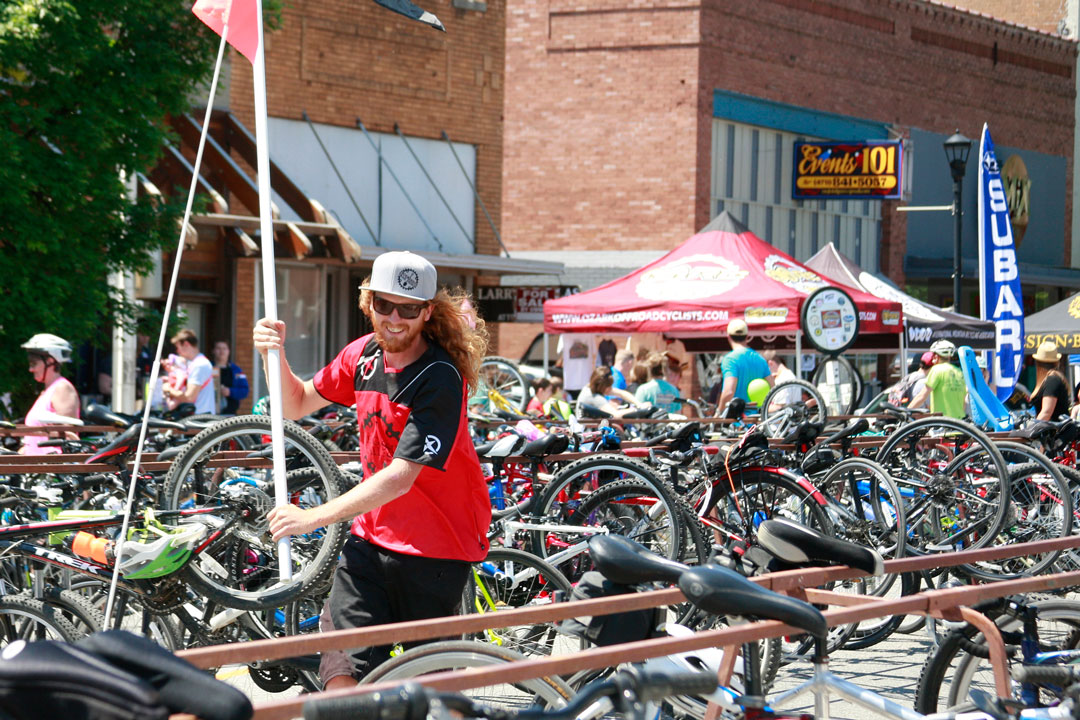 Finally, bikers cut the ribbon for the trail at noon.

Not a bad party. Thanks for looking, and take a look at some more photos here, if you like.