Photographers better than me at my university’s student newspaper taught me lots of lessons, and one in particular stuck out this Independence Day: If something’s been seen and photographed a thousand times, get closer. Things always look different close up. I could only get so close this year, and a telephoto lens went the rest of the way.

A funny thing about fireworks: Zoom in far enough, and they start looking a little like sea creatures. Urchins, sea spiders and corals of fire lit up the northwest Arkansas sky Friday and Saturday nights. I don’t know if I’ve ever seen so many fireworks in one weekend, with a big show at Fayetteville’s Northwest Arkansas Mall (where the photo above was shot) one evening and an even bigger show in Bentonville the next. We somehow dodged storm clouds for two perfect evenings in a row. 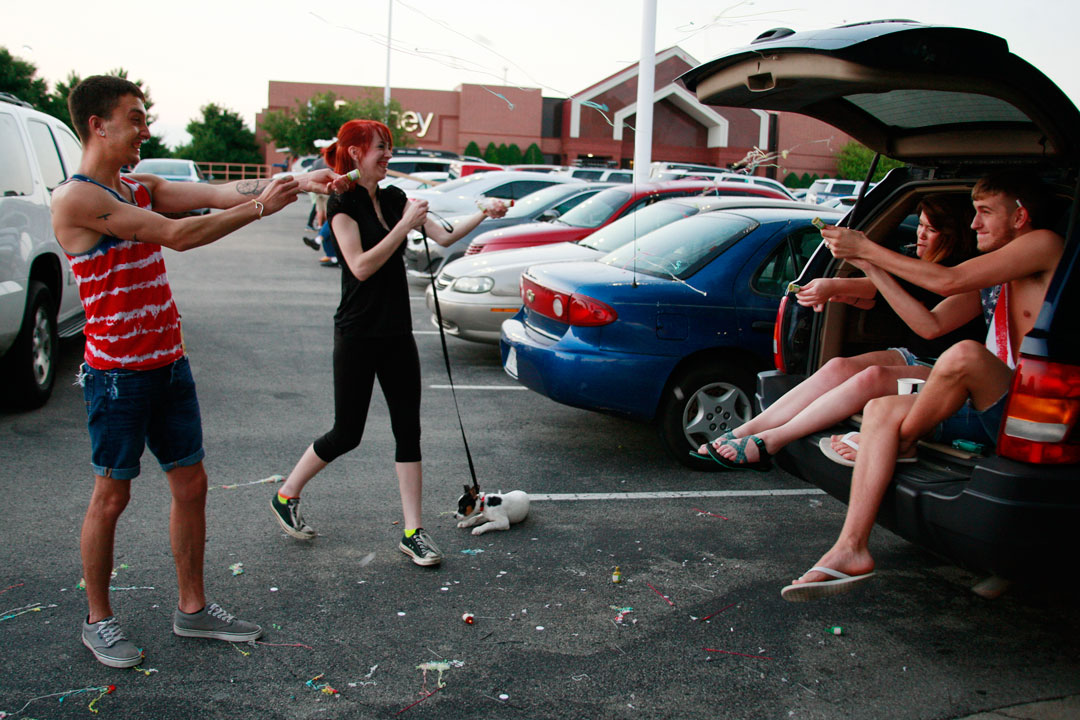 Last year I was across the highway from the mall; this time, it was up to the front. 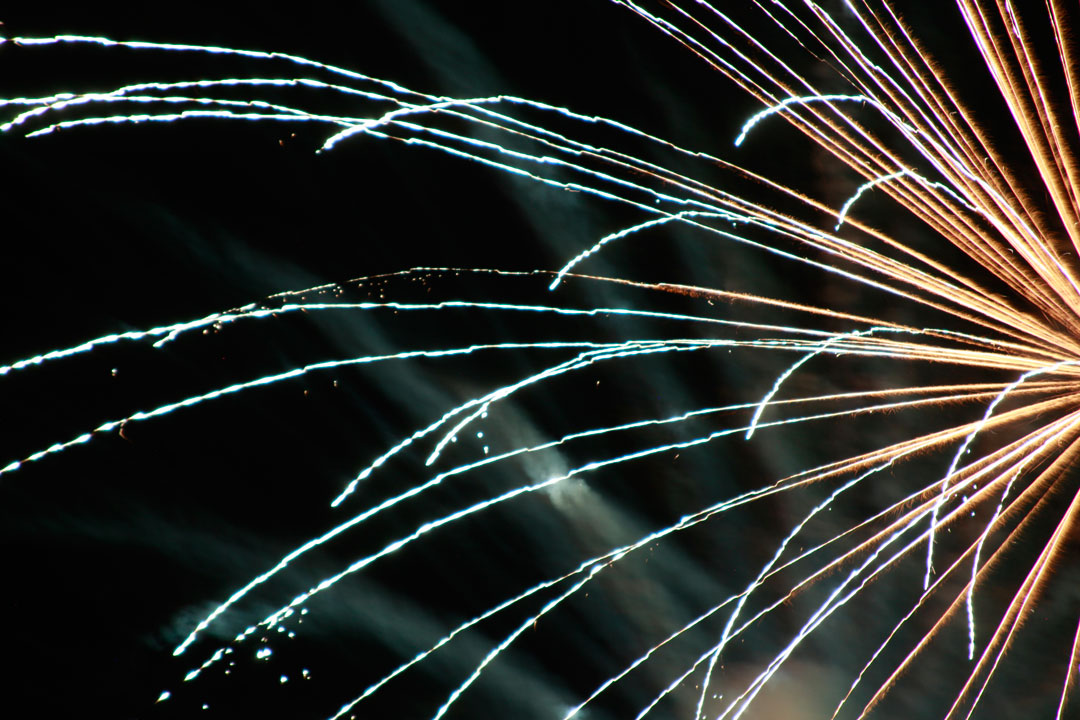 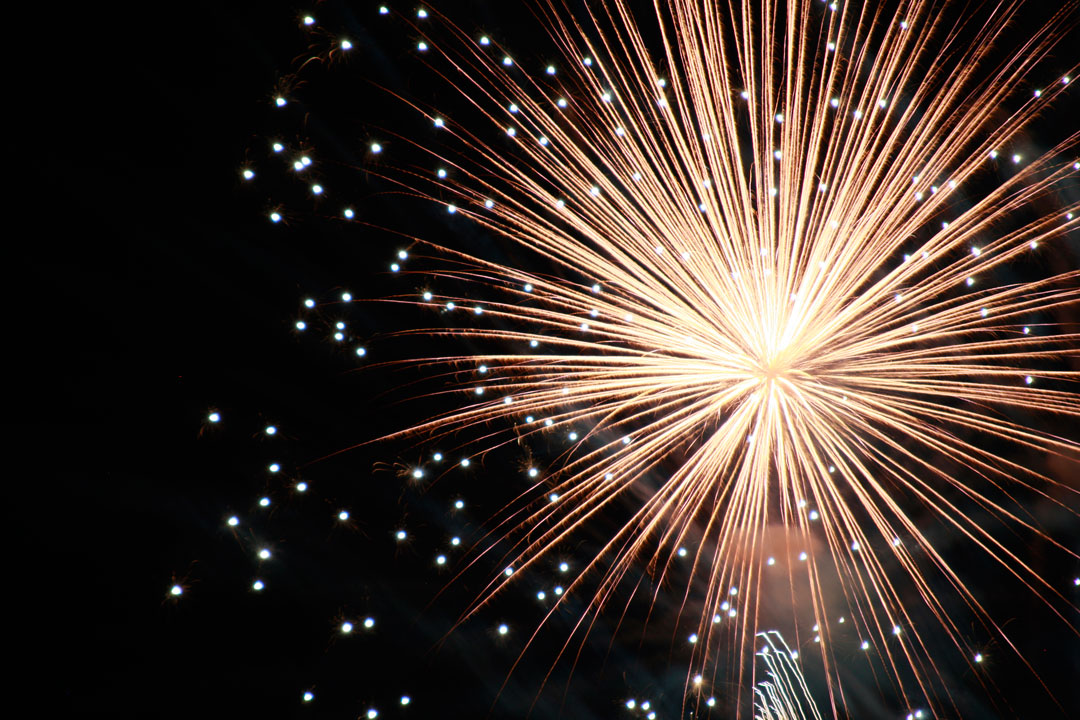 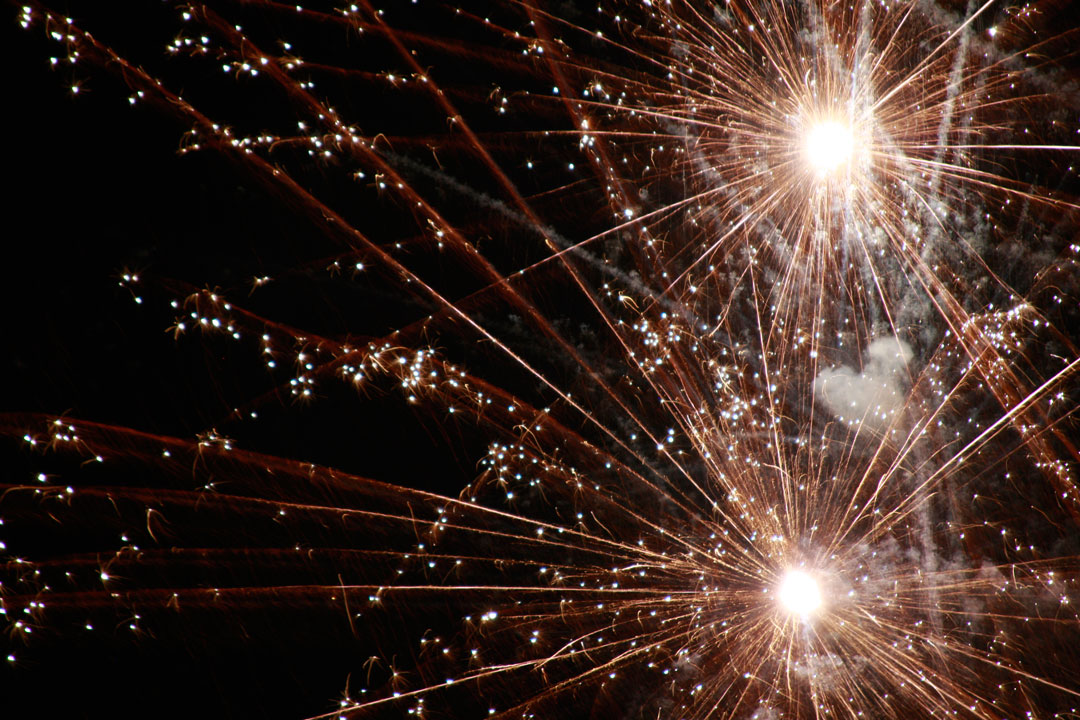 I moved around too much during some shots, but even those occasionally left a cool image:

The plan the next day was to go to the Walmart Arkansas Music Pavilion in Rogers, but organizers wouldn’t allow a camera in there and had some other odd rules, so some friends and I ditched them in favor of the show in Bentonville’s massive Orchards Park complex. Shows are always more fun when everyone’s sitting, ooh-ing and clapping together on the grass.

This guy was sitting by himself, right in front of the stage where a band was playing marches and other July 4th-type tunes.

Overall, I’d say Bentonville’s show was bigger than Fayetteville’s and had more colors, a nice display of chemical handiwork. Its finale was a blazing fireball of too much color to even capture. 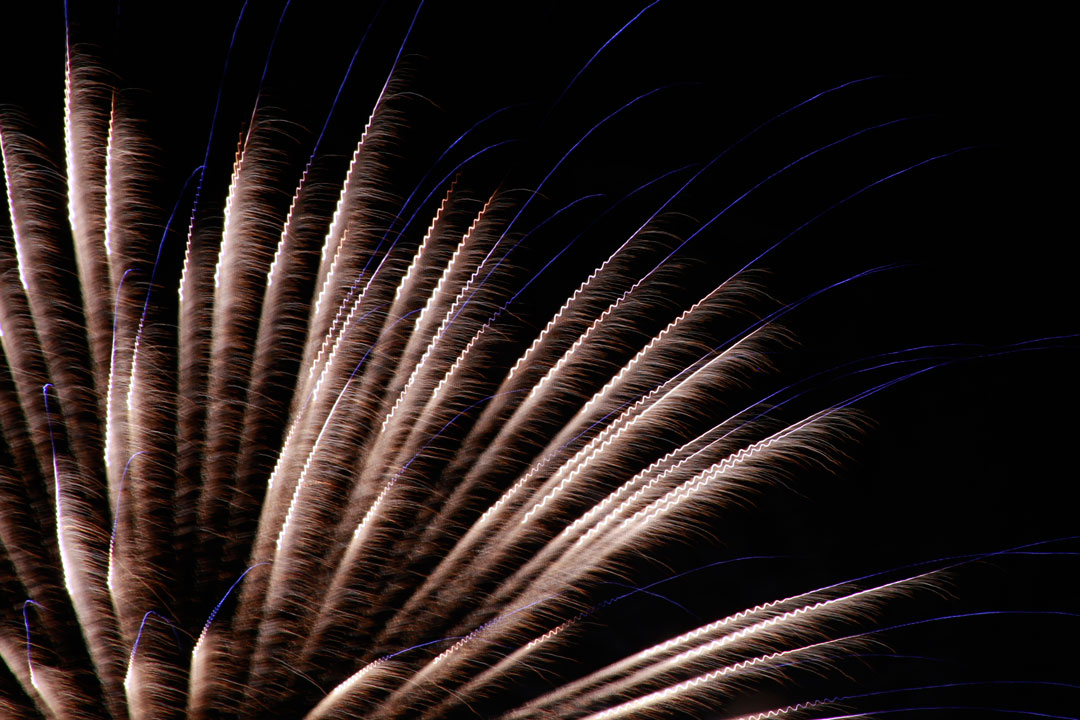 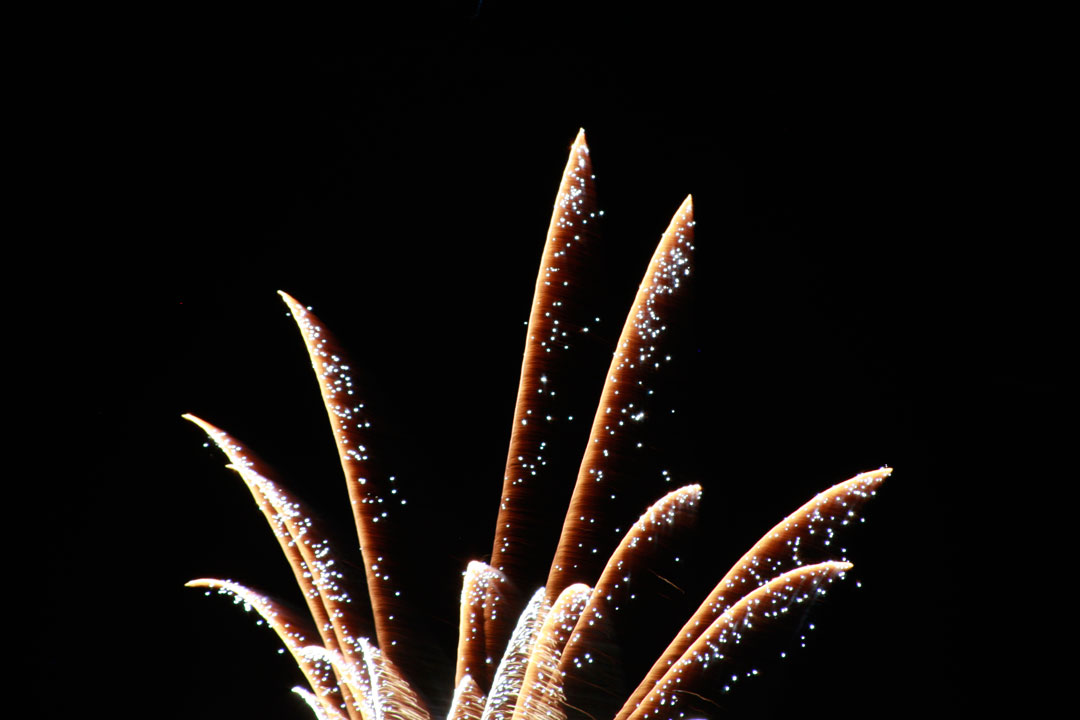 I ended the night with a few fireworks of my own; I’m too paranoid about misfires into my face to get anything big, but fountains look cool, right? Speaking of, I saw a lot of people around town holding Roman candles in their hands; if you do that, for future reference, it’s extremely stupid. 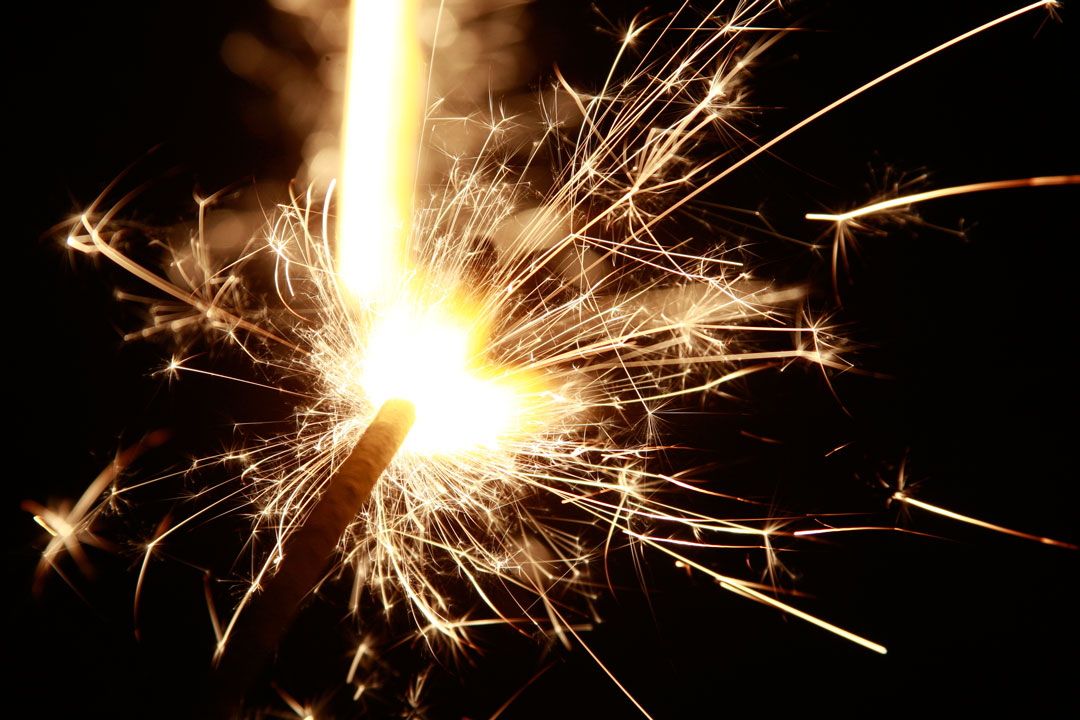 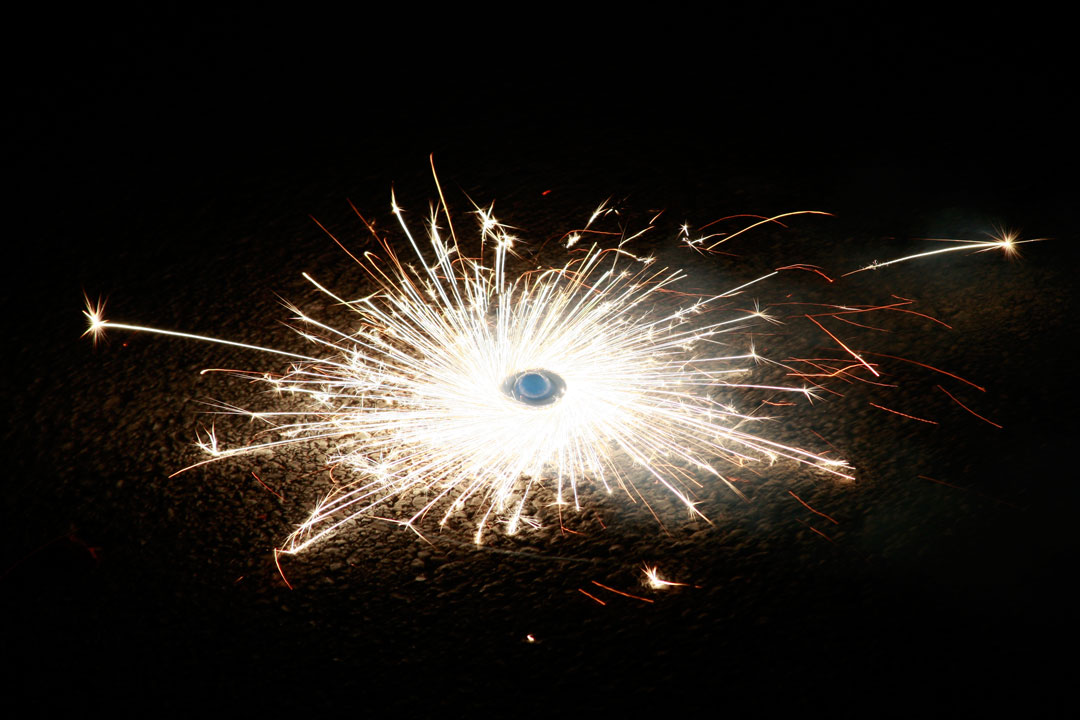 Happy 4th, everybody! Thanks for looking.

One thought on “Alight”