Even the fountains along the streets are hot enough to steam in Hot Springs, Arkansas. The clear, 140-degree water rippling up through dozens of cracks in Hot Springs Mountain first landed here as rain around 4,000 years ago – around when Judaism was being founded and the first stones of Stonehenge were placed. The rain ever so slowly percolated downward, soaking up the natural heat within the earth before being pushed back out millennia later to be collected and funneled to baths and fountains. A bit anticlimactic, really.

This town was built on that water, with millions of visitors coming to stew in its warmth and fix their health problems from the early 1800s on. I don’t think the springs cured their arthritis and skin diseases, but I imagine days of baths and massages felt pretty good anyway. 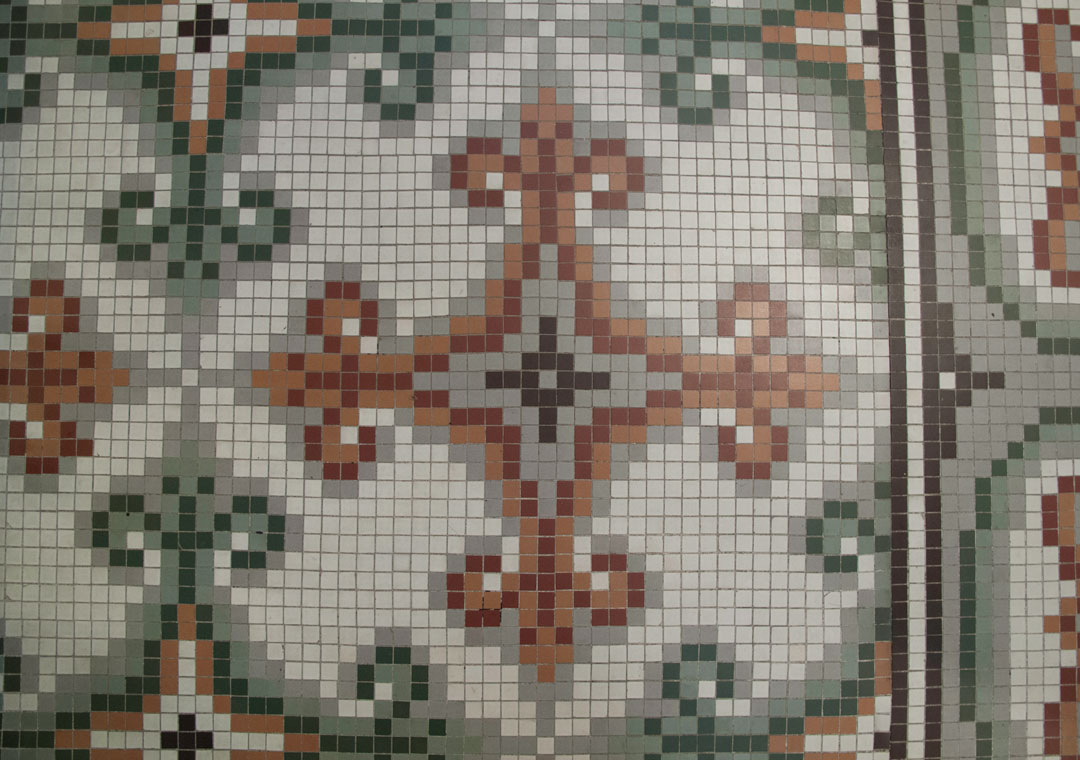 The bathhouses and mountains around them became the tiniest national park in the 1920s. It’s an oddity of a park – the only national park in a city, and the only one marked so extensively by what humans have built. The downtown buildings have either the blocky Art Deco look of the Empire State Building or the majorly retro look of the ’70s. It’s a gorgeous place even with those things, and given that it’s the only national park within 600 miles of northwest Arkansas, I really should’ve gone there sooner than this past weekend.

Once I left the historic district, I drove up the highway a ways to Gulpha Gorge, where the park has a campground and trail head for a cluster of winding gravel trails up the mountain. It was a perfectly autumn day: cool, windy and with some rain drops falling every now and then. Hot Springs sits on the eastern end of the Ouachita (pronounced washitah) Mountains, which reached as high as many of the Rockies when they first buckled upward millions of years before the first dinosaurs appeared. Now they’re worn down to manageable heights, covered by forest and color and filled with quartz crystals. 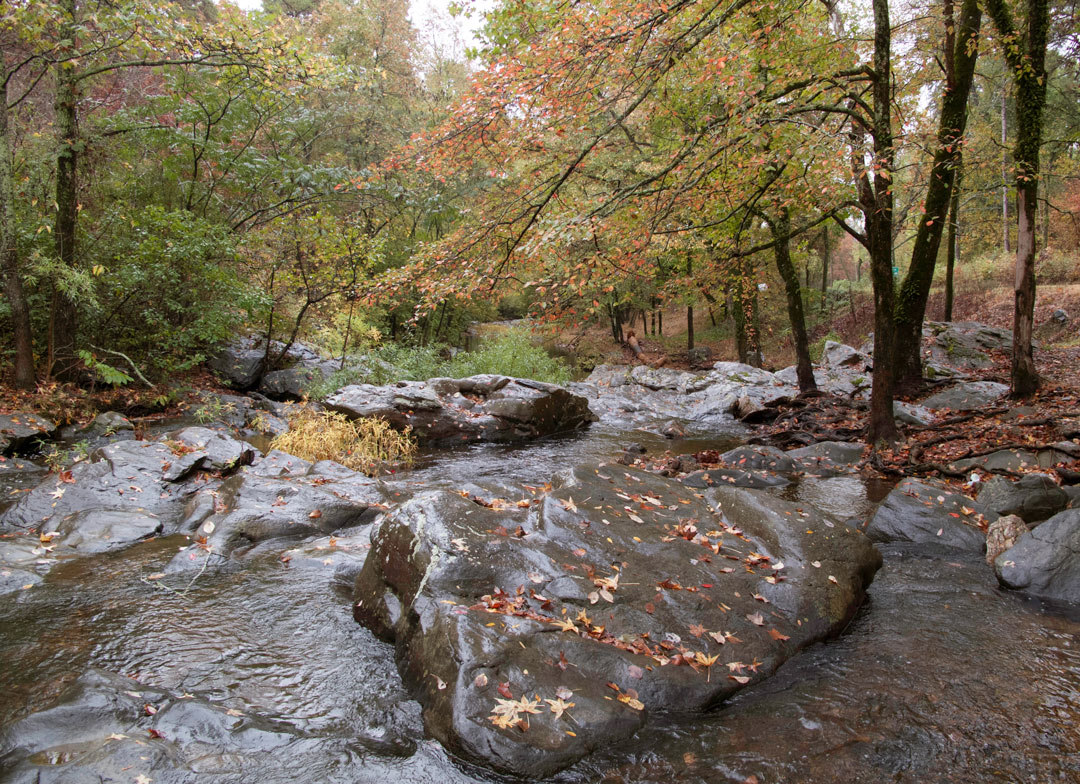 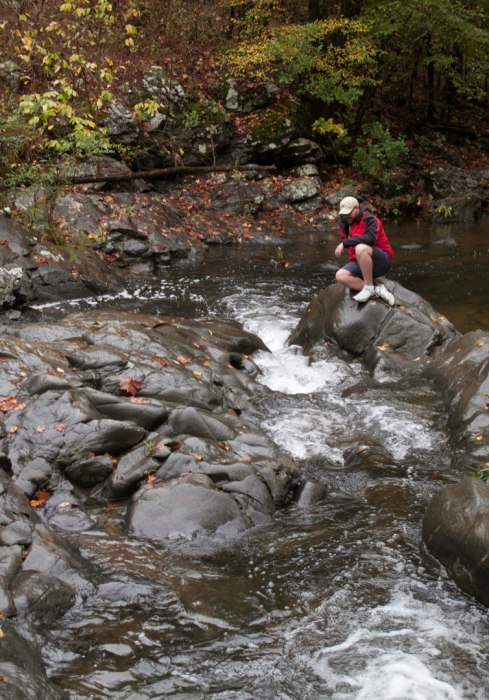 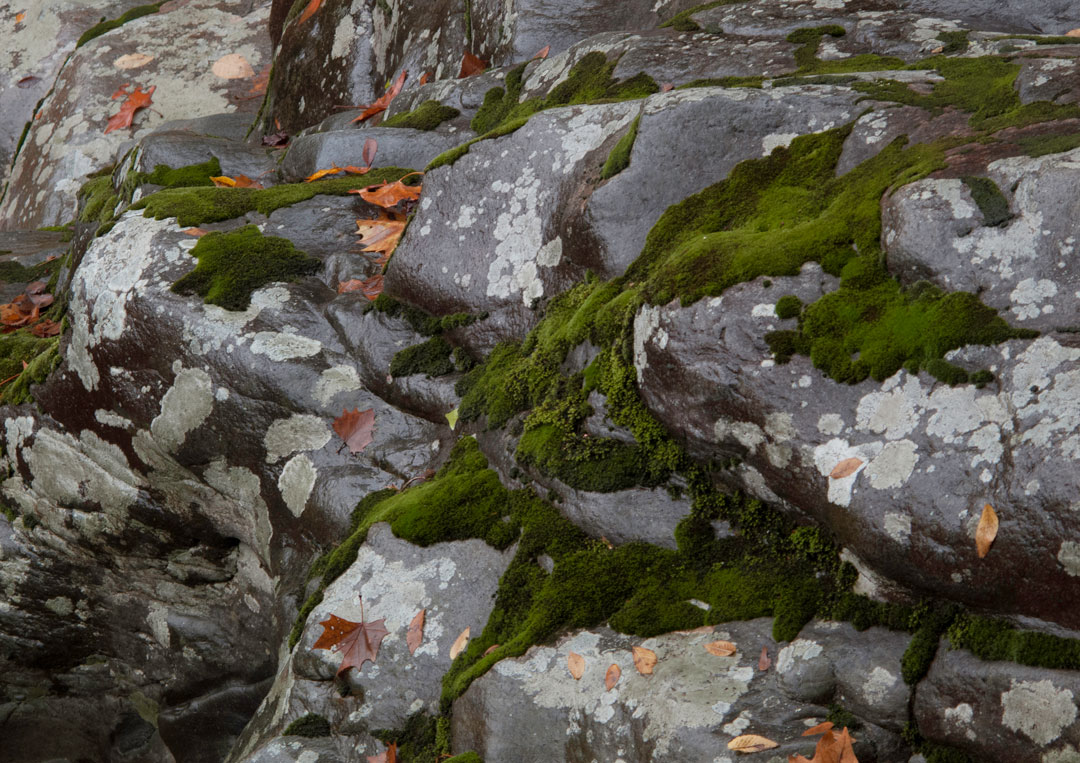 I don’t know exactly what it is, but there’s just something special about being in a national park. Walking in its woods and along its creeks feels different from other forests somehow, older, more primal, even with a town right next to it and a highway literally around the corner. It might all be in my head. But I hope to keep getting more of that feeling. 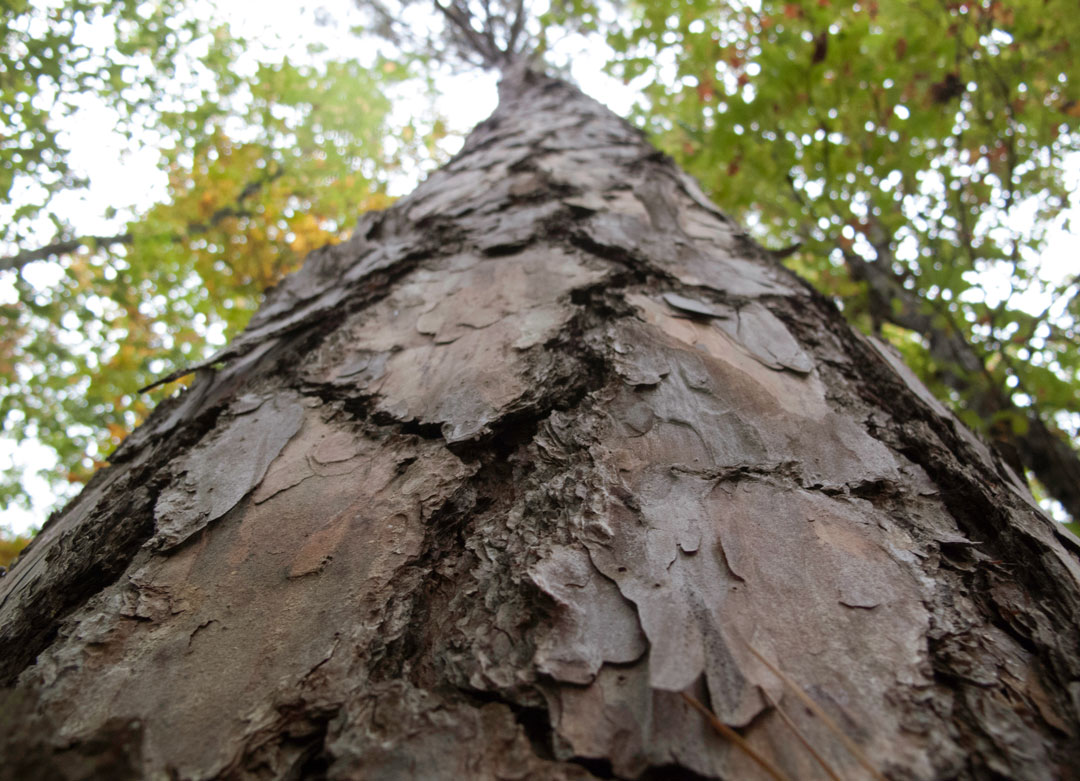 Not a bad way to spend a weekend, even a rainy and misty one. Thanks for looking!

One thought on “Mist and Steam”