Fayetteville’s Dickson Street SpringFest kicked off on a chilly Saturday morning with a 5k-run and pancakes, but what really brought out the crowds was the dog parade. Around a hundred owners trailed four-legged parade participants ranging in size from Great-Dane-level behemoths to a literal handful – lots of “awwwwww”s from the crowd for this little guy named Toad. You can’t beat puppies.

Things were a bit livelier after that. Local bands featuring a ukulele, a mandolin, a clarinet and several guitars filled the block with alternately high-tempo and saucy folk music. Hundreds of people milled between a beer garden and booths selling crafts and kettle corn and clothing. Dogs and kids scampered around their parents’ feet. 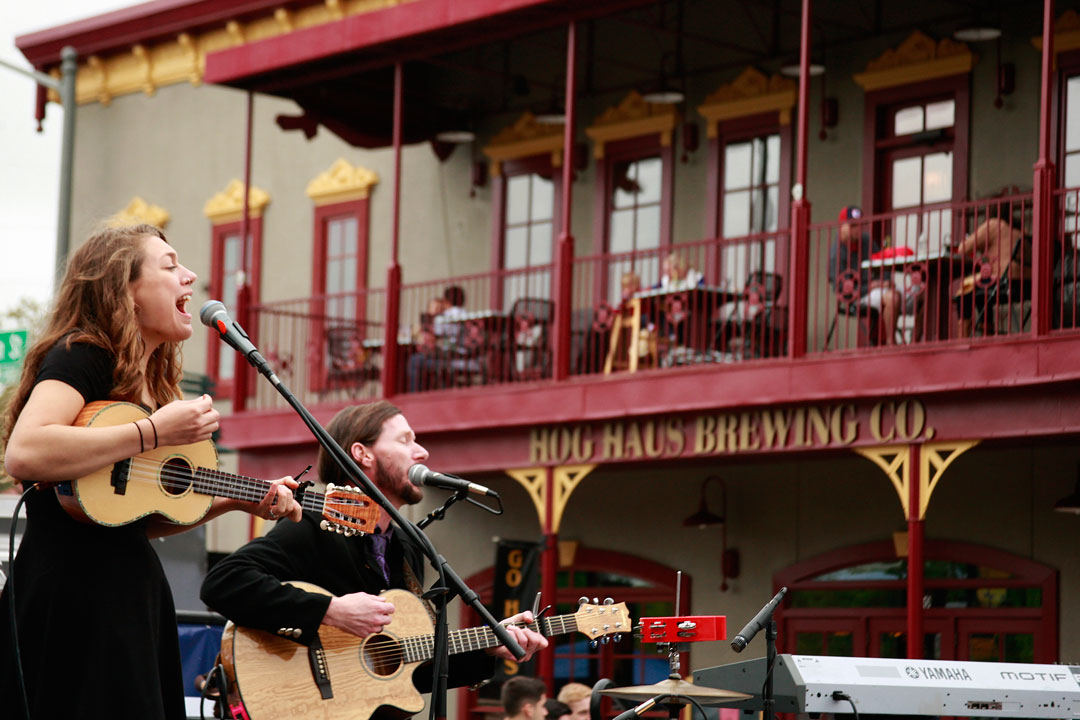 But one booth was quiet. The banner above it declared the Breaking Habits Crew brings true hip-hop culture to northwest Arkansas. Half a dozen guys did some sporadic breakdancing (or just “breaking,” in the official lingo) on a roll-out dance mat, enough activity to draw a crowd every now and then, but they put their real performance on hold during a string of back luck.

At first, they seemed hesitant to sonically compete with the folk music a couple hundred feet away. Then the car battery they brought wasn’t powering their speakers for some reason. Then another band started. Then the new gasoline generator a member left to buy wouldn’t work no matter where its many switches were set. Then there were the bed races. The rest of the festival wasn’t stopping. One of the guys joked God just wasn’t in the mood for them. 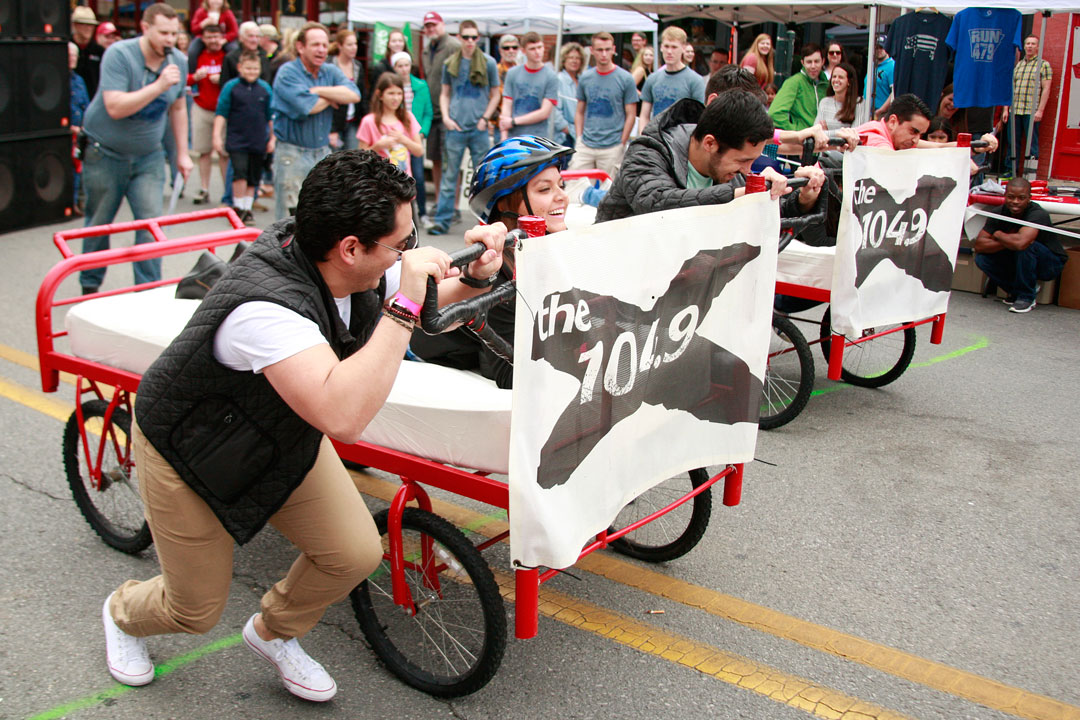 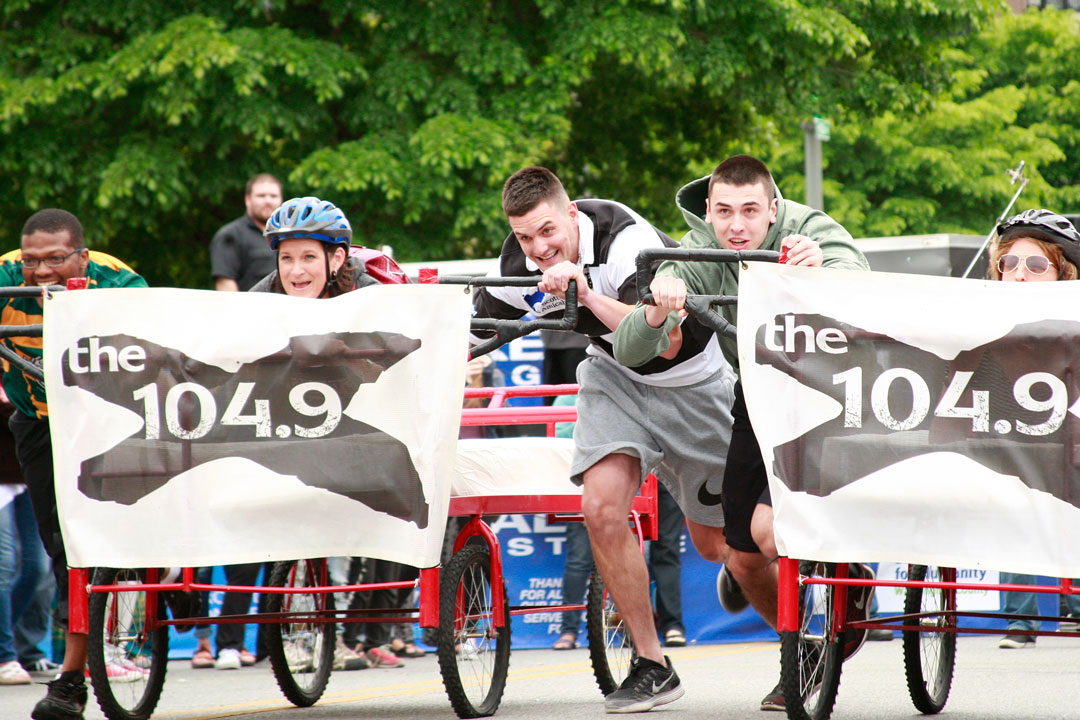 After four hours or so, a break finally came: an old boombox connected to a phone. Work with what you have. The guys made up for the wait with gusto, launching into flips and twists and quick, segmented moves that traveled through their bodies one joint at a time. The display was definitely worth the wait. 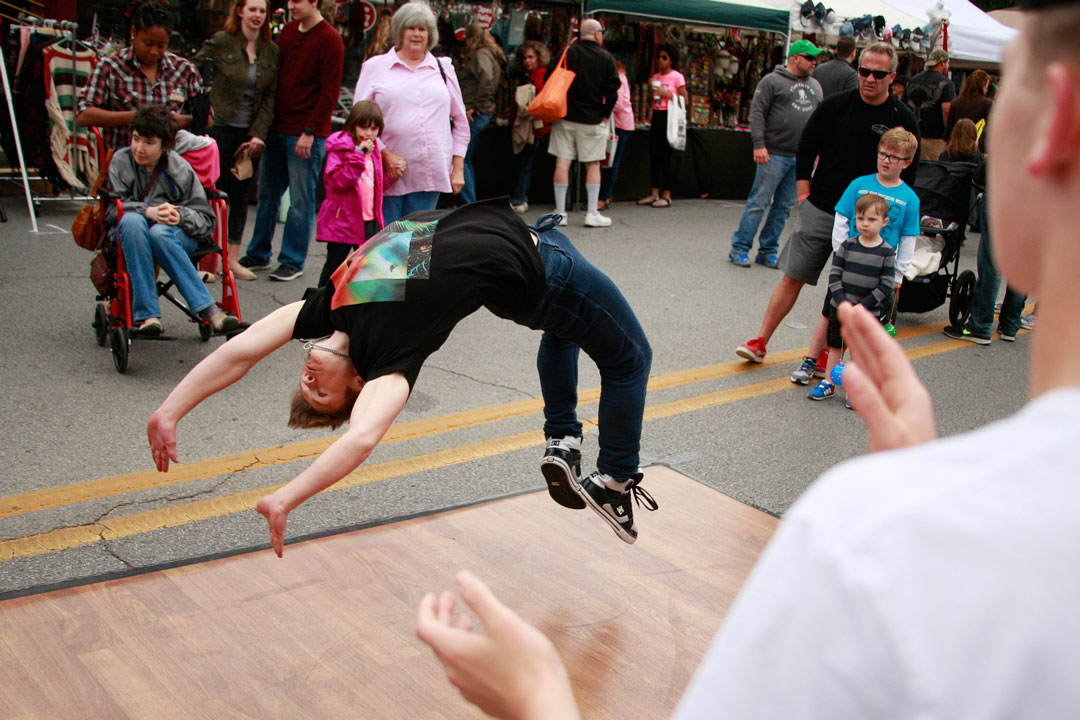 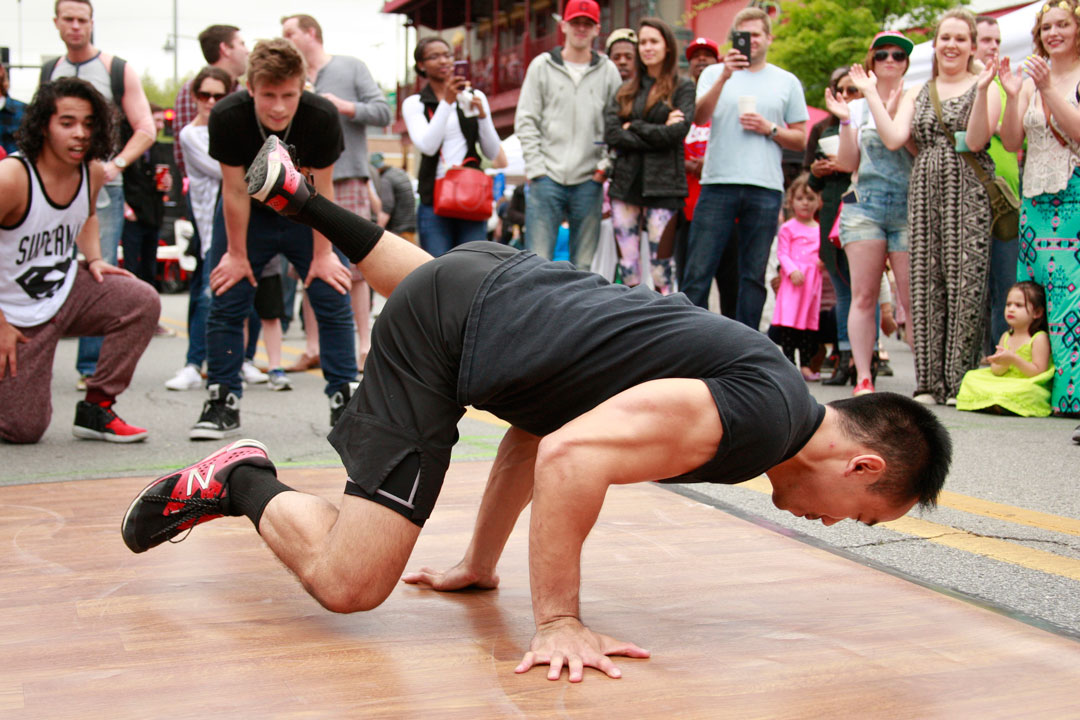 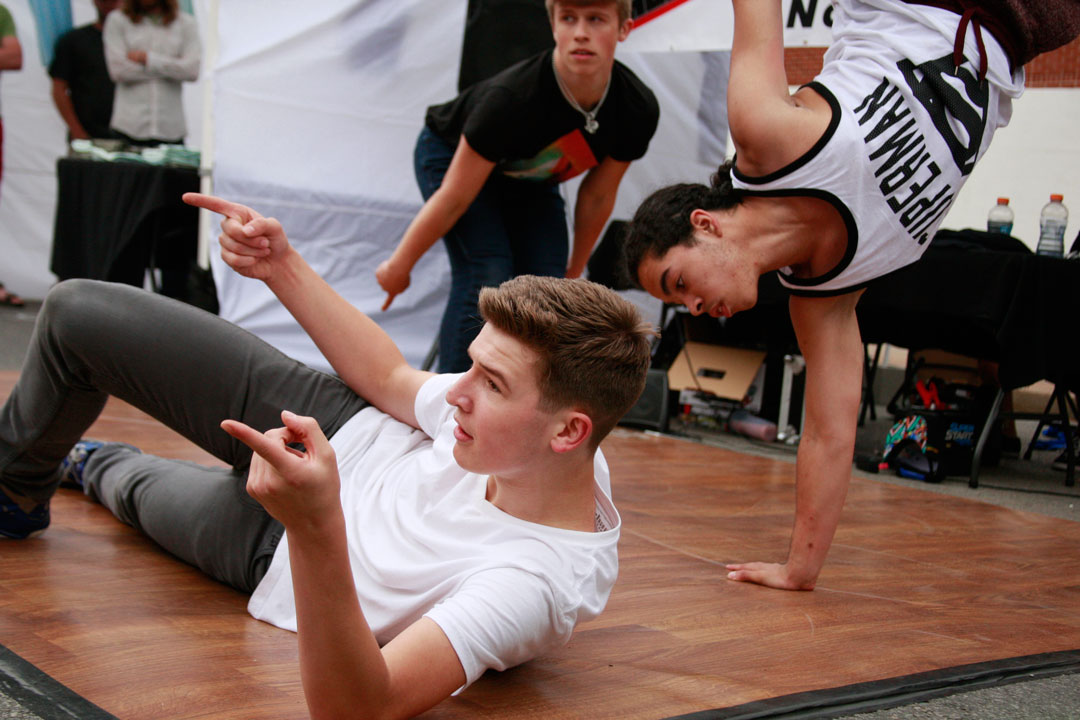 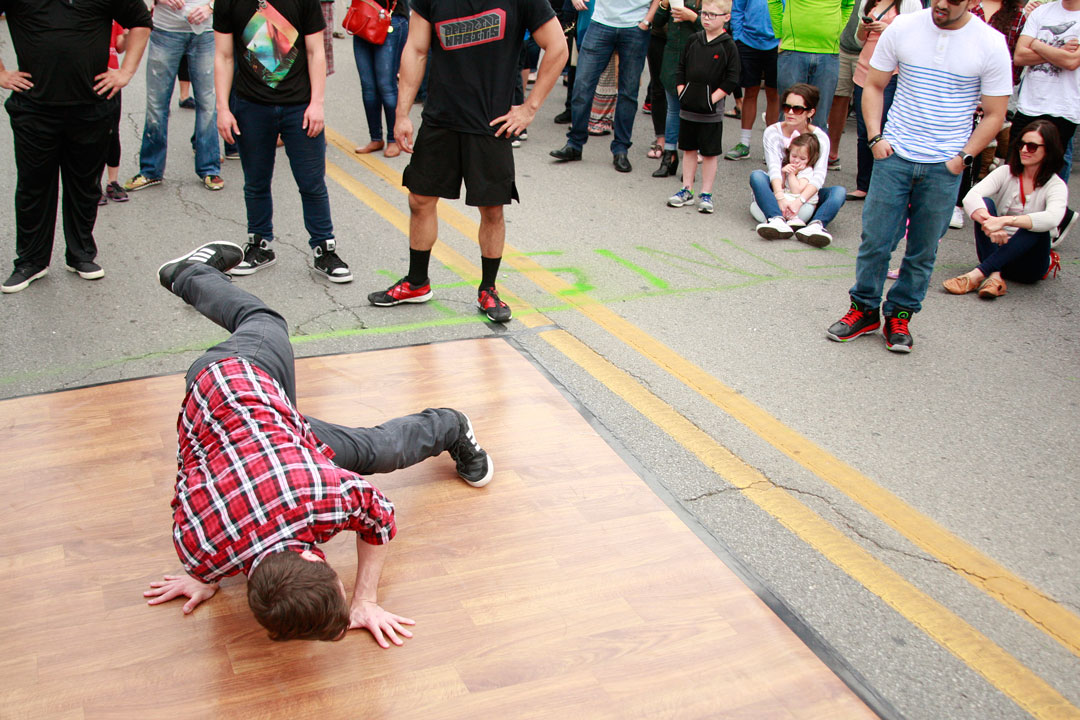