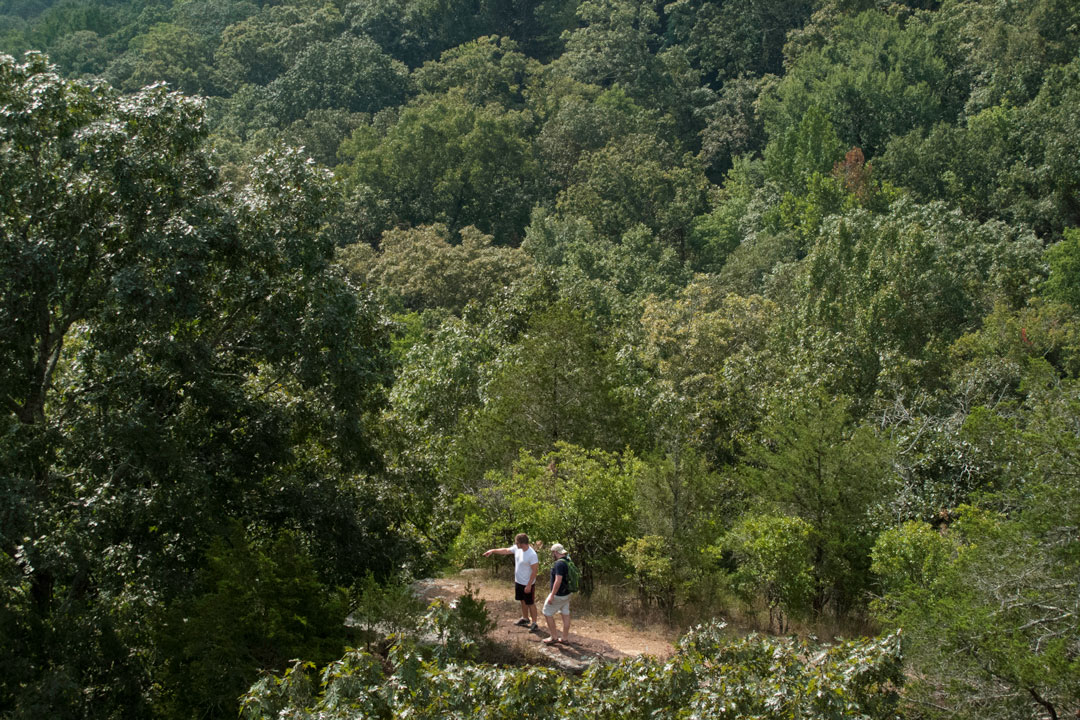 Every time I think I know a place I end up wrong. Some of us went camping this past weekend in the stretch of the Ozark National Forest just beyond Devil’s Den State Park (the same place I camped about a year ago, in fact). You’ve seen it before: hills, valleys, creeks, outcrops. Got it. But even now there’s always some new or unnoticed detail. I know I keep saying that, but it just won’t quit being true. Take flocks of delicate blue damselflies mating, for instance.

Or there’s the fossilized burrows and trails that little worms or other critters left behind some 300 million years ago — that’s tens of millions of years before the first dinosaurs arrived. The burrows coil over and between the ripples of some ancient shore or seabed that have also been petrified into the rock along Lee Creek. 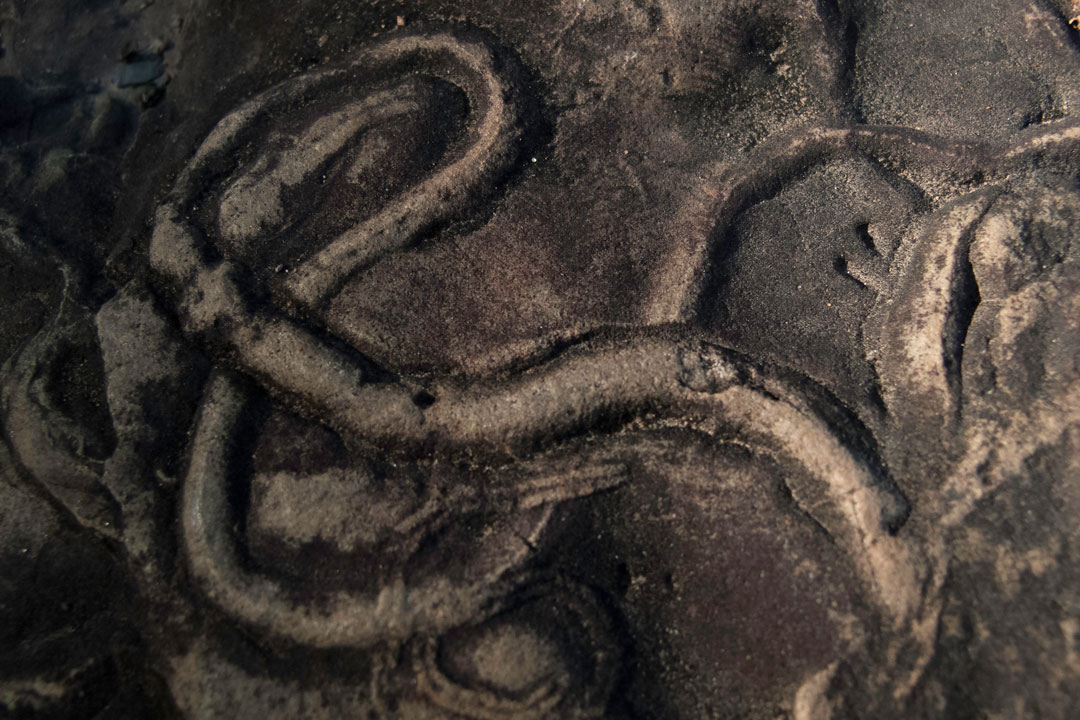 Then take the boulders of shale in the creek that are about the same age as those fossils and have somehow managed to stay the size of a car while being made of rock you can break in your hands.

Nearby a plant I haven’t found the name of creeps between the creek bed’s rocks.

Hundreds of feet above the creek there’s the funnel-weaver spider, its delicate front legs poking menacingly from the bottom of its translucent, 3-foot-long trap. 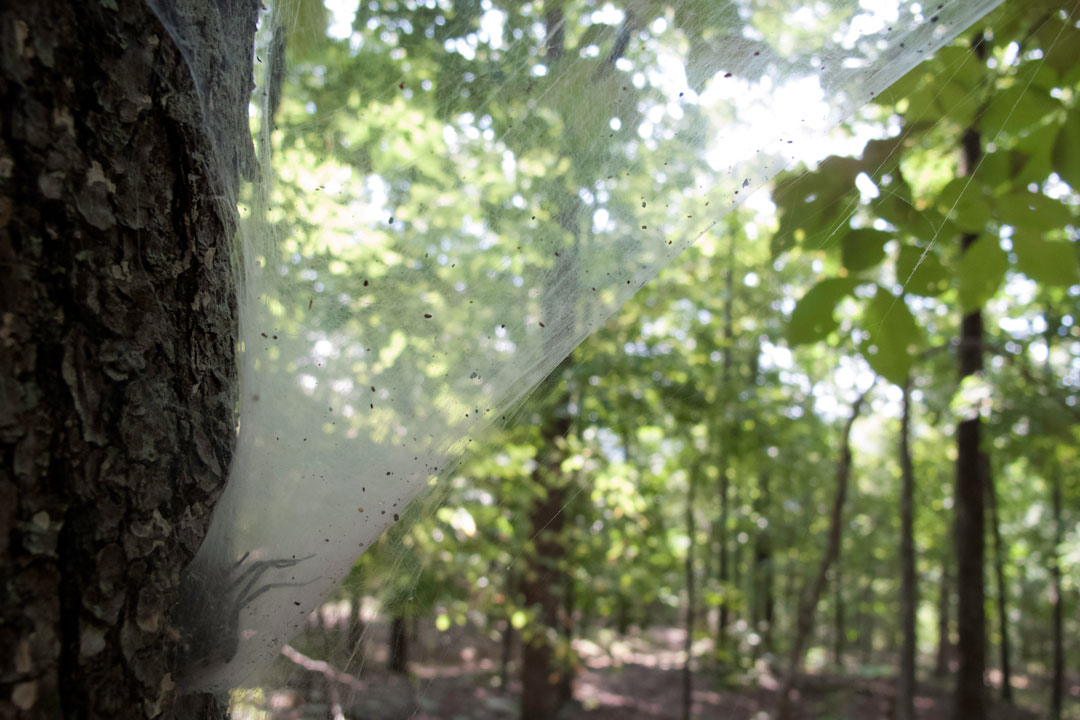 It was a beautiful weekend. Even the loud music from the college campers didn’t ruin it. 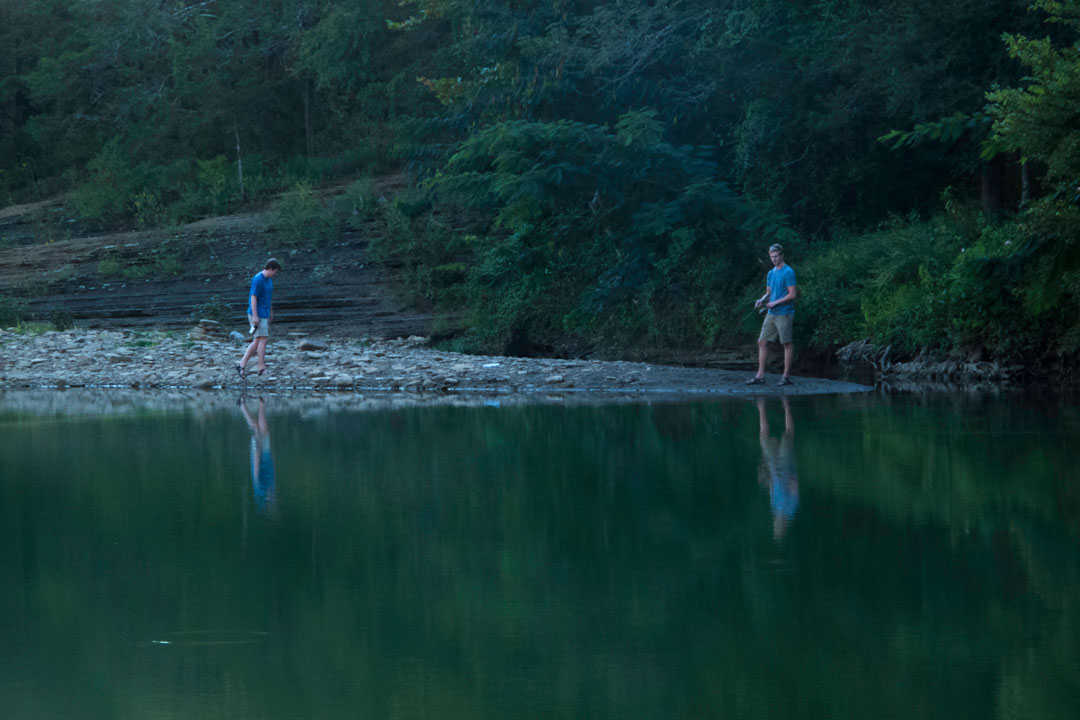 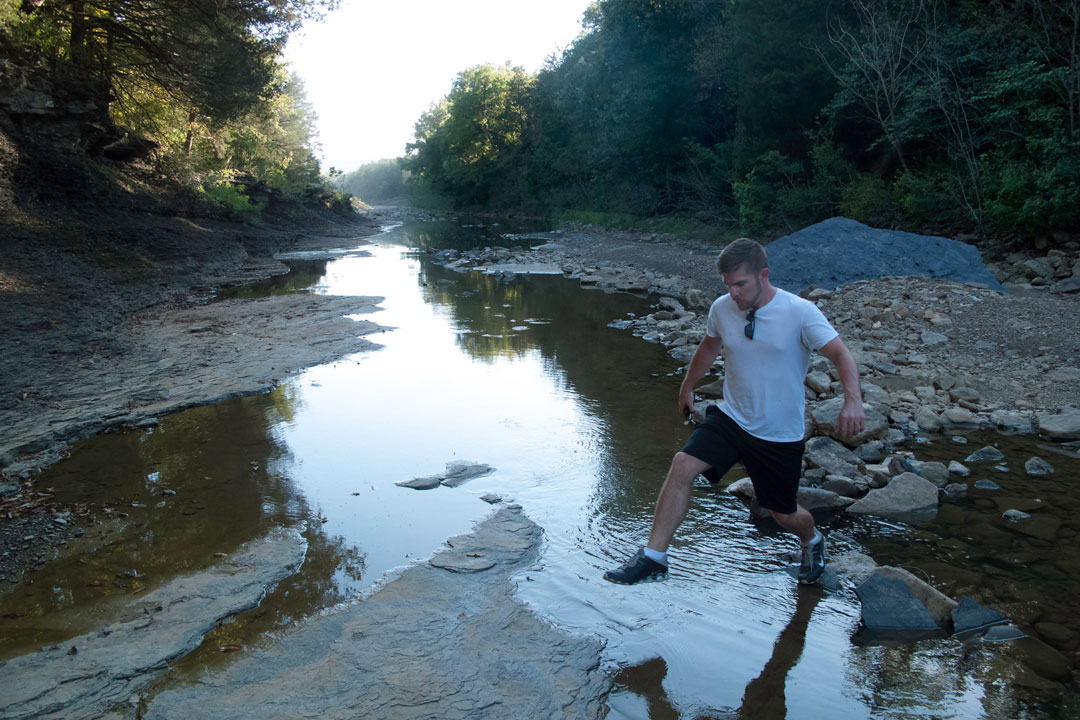 Goodbye, summer, and hello, fall. Thanks for looking.