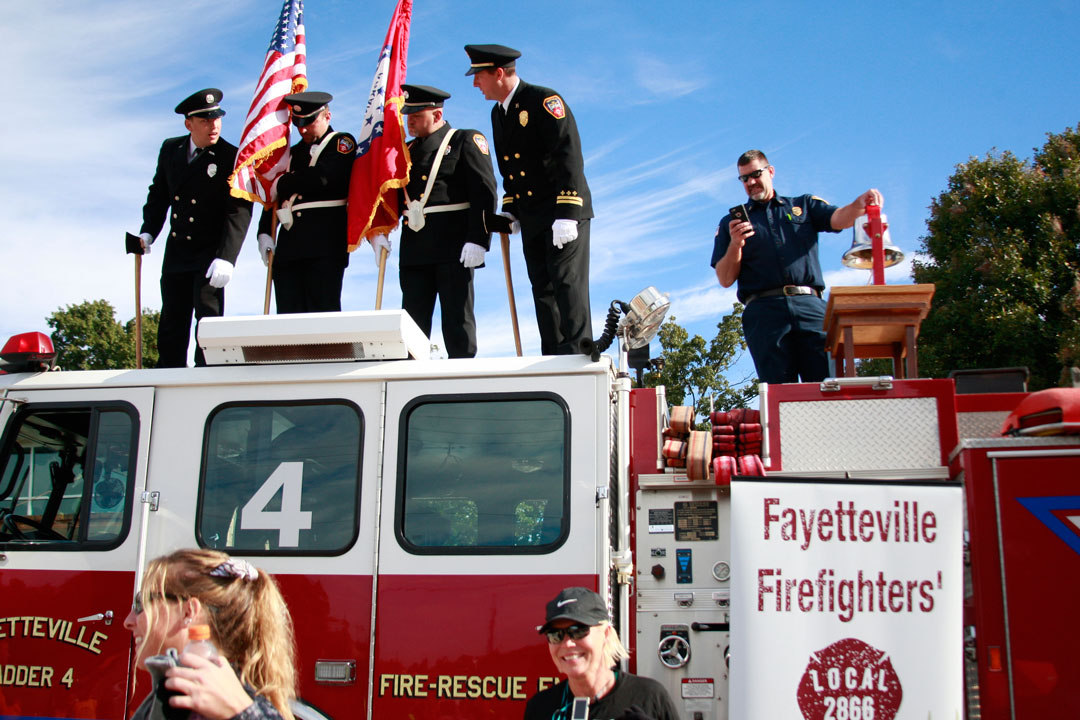 If you ever find yourself in a fire or medical emergency 13.1 miles away from the nearest road, never fear: Several firefighters around here can run that distance with a helmet, an air tank and other gear weighing 40 or 50 pounds.

About half a dozen of them proved it Sunday in Fayetteville’s Hero Half Marathon, a fundraiser for the Fayetteville Firefighters Scholarship Fund and other charities and a commemoration of the many firefighters who’ve died doing their jobs. One or two hundred other participants joined them on a route around Lake Fayetteville and south to the heart of town. 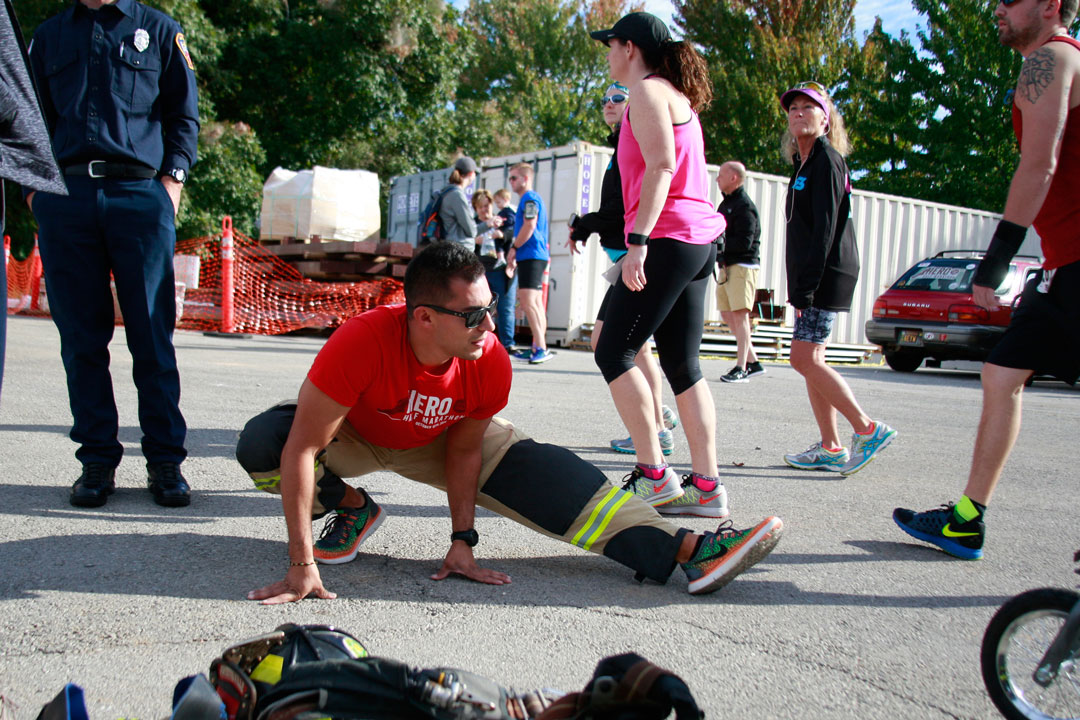 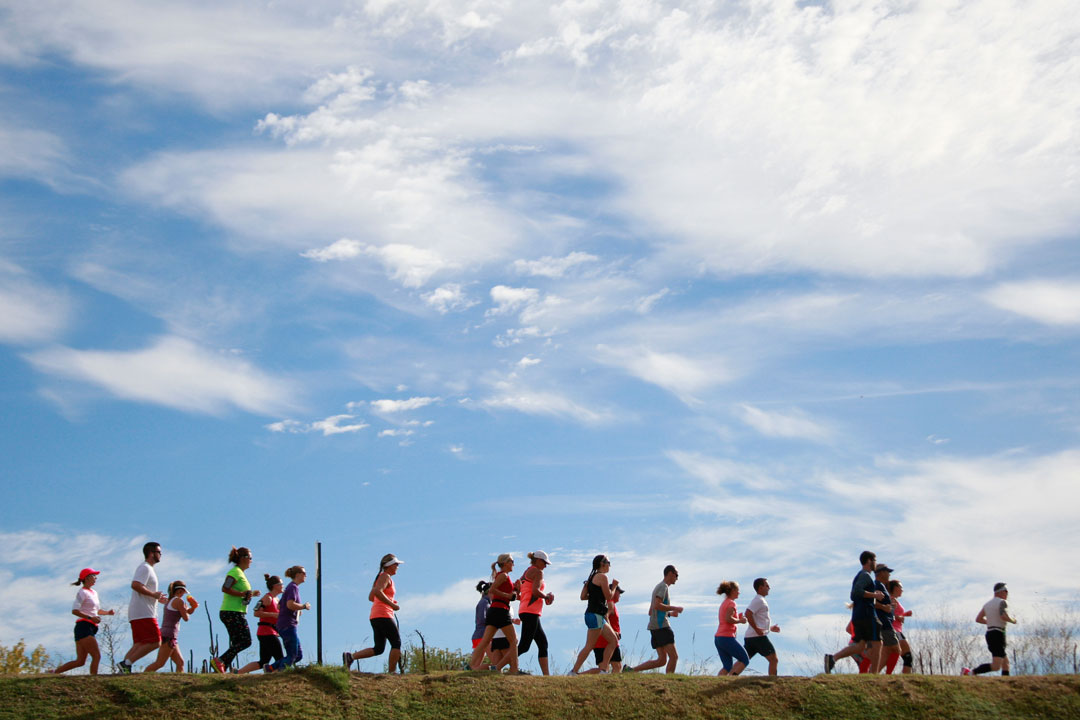 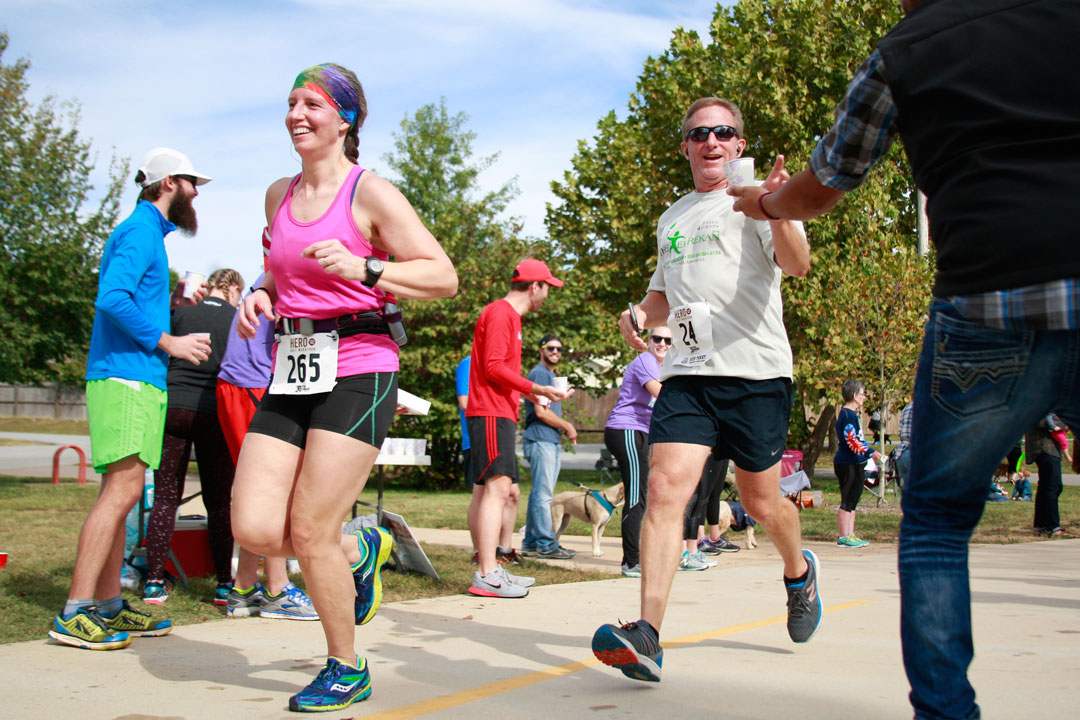 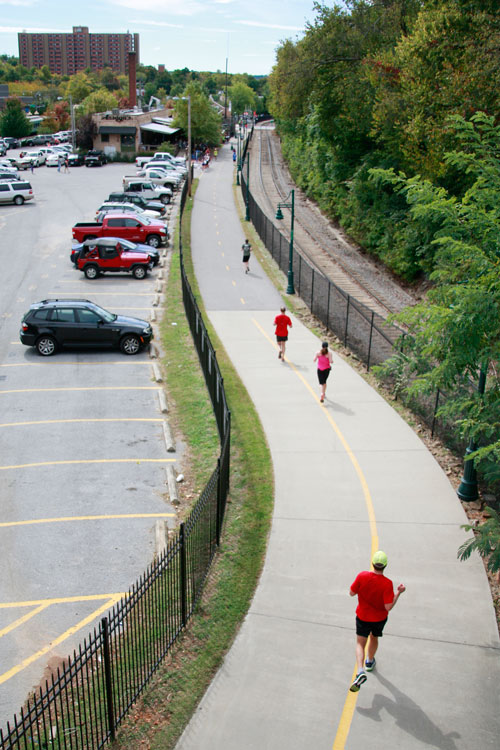 I expected to find people a couple hours later lying totally exhausted at the finish line, but most of these weirdos were talking and walking around as if it were just a normal day. The firefighters, including the first woman firefighter to complete the race, showed a little more fatigue after it all, but even they were soon joking around — after ripping off the gear. 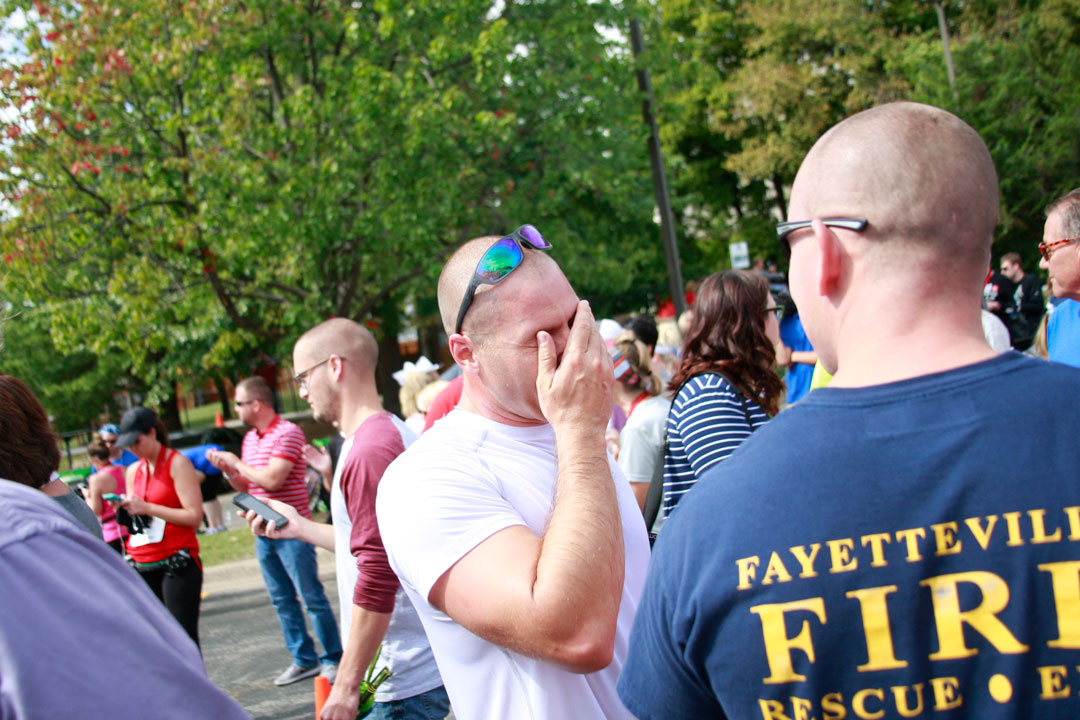 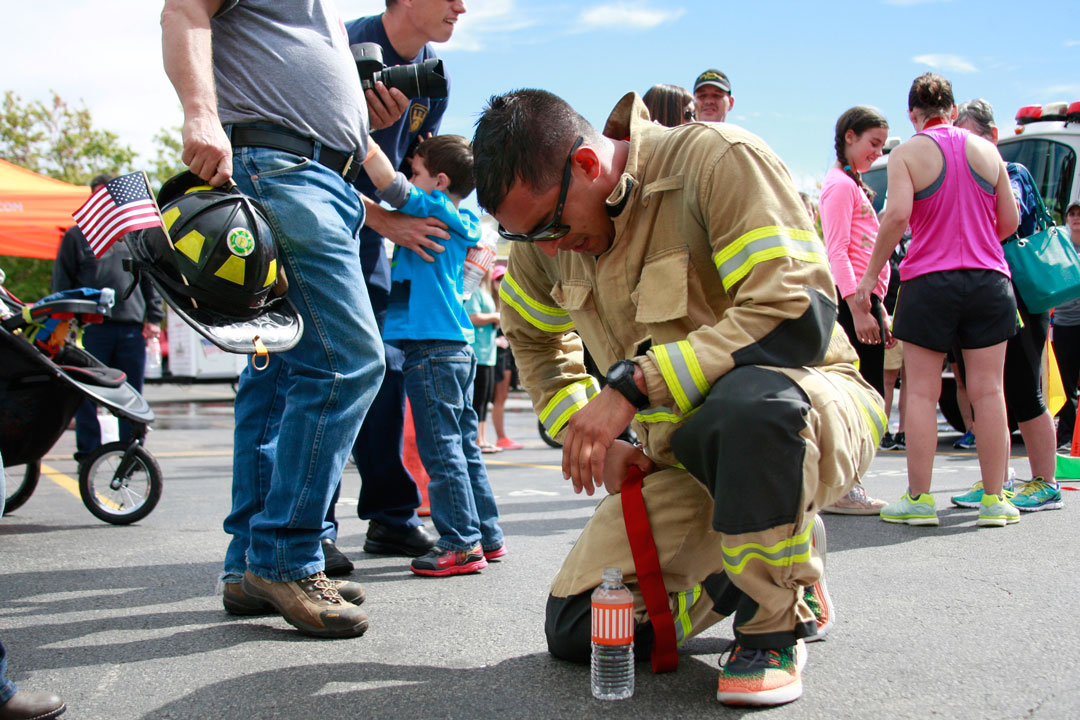 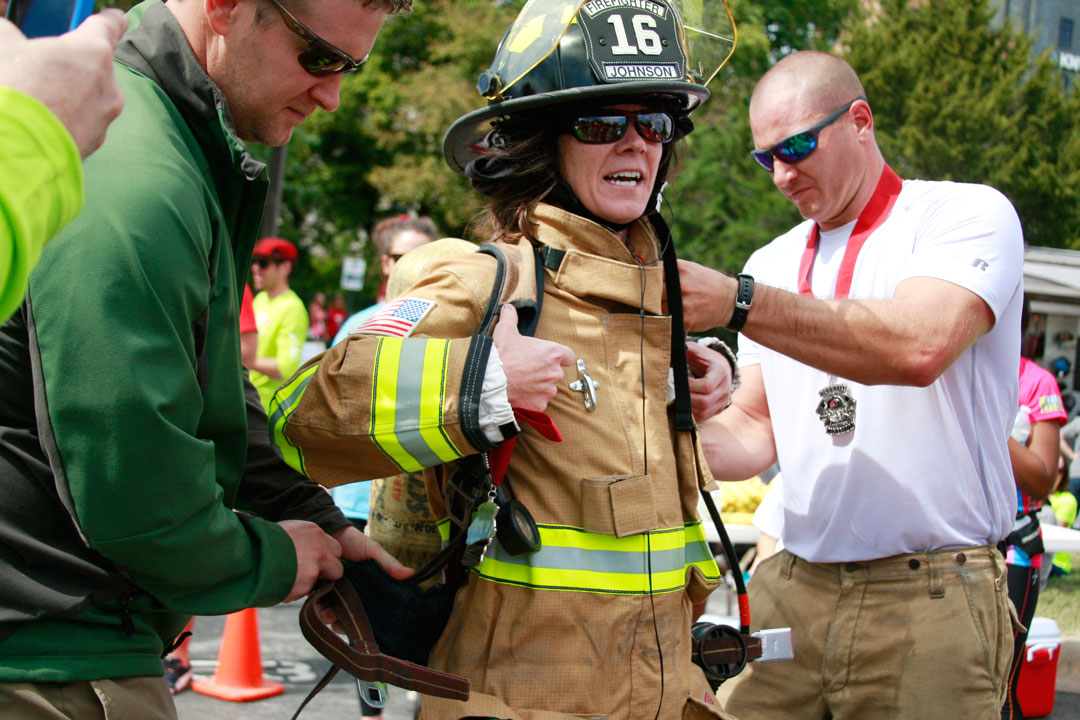 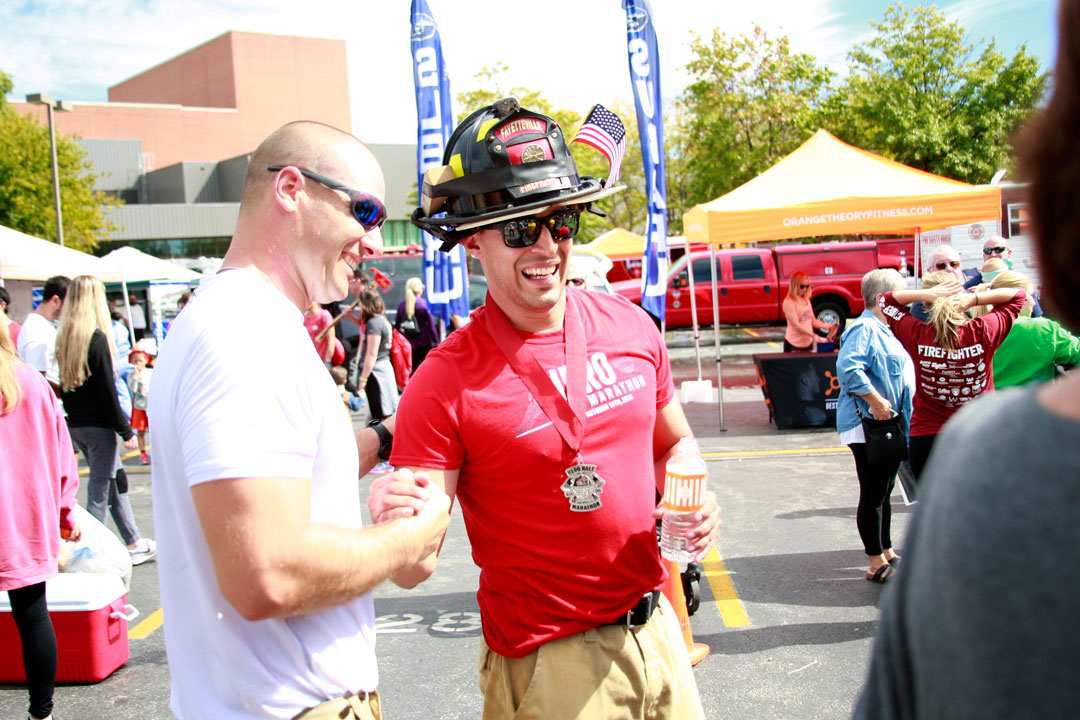 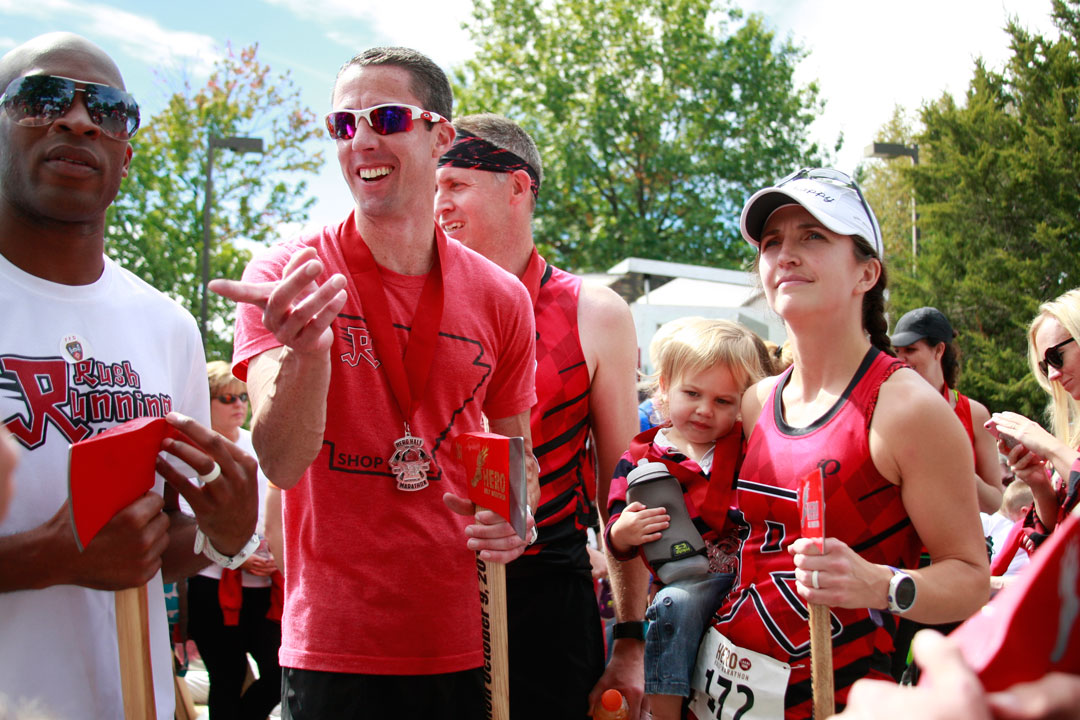 Well done, everybody. Thanks for looking.