The dimming of the sun was imperceptible at first, even as the moon gnawed it into a crescent. But slowly the light changed. Colors became less vivid and more gray. A few minutes before the sun was completely blocked, everything looked as if I were wearing sunglasses. Pieces of light in trees’ shadows took on the same crescent shape as their source. And in the final seconds before totality, the day darkened by the second around me as the sun’s last sliver disappeared. The moon seemed to lock into position, leaving only the white tendrils of the sun’s outer atmosphere and an orange glow along the horizon. 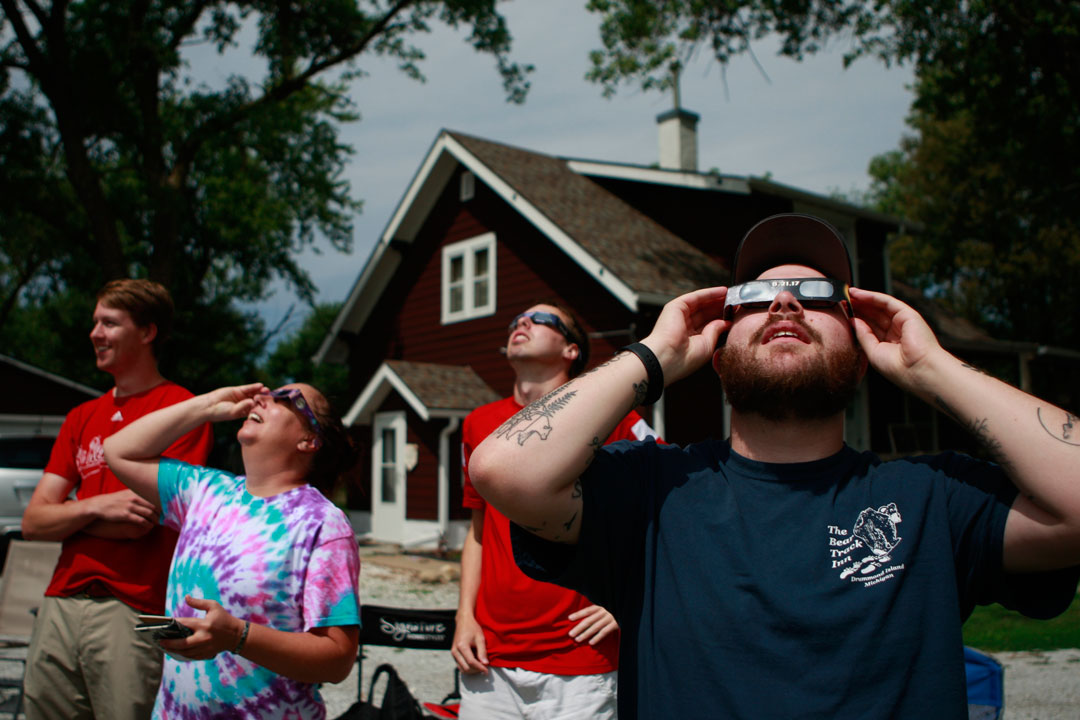 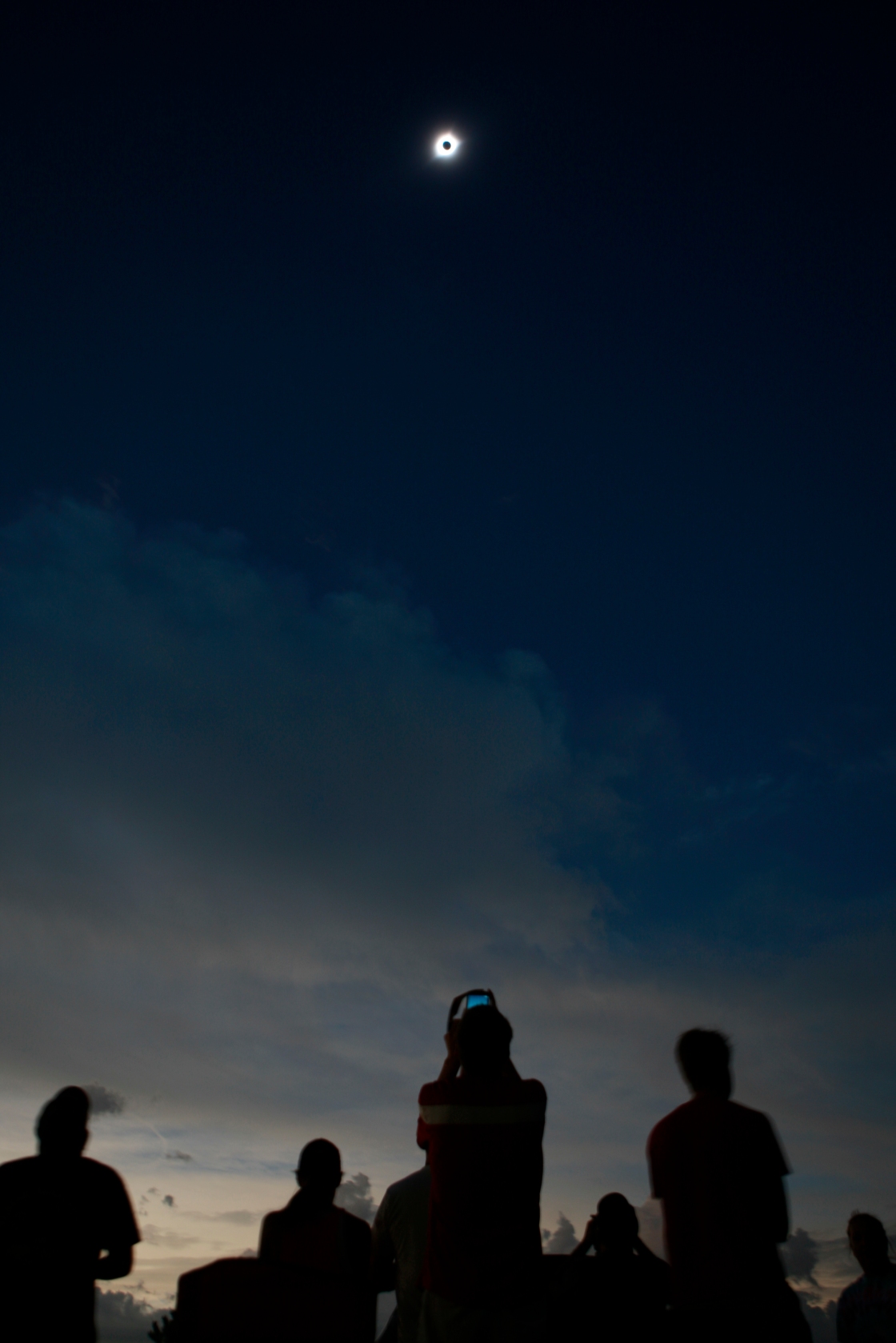 It’s easy to see why early humans greeted solar eclipses with fear and alarm — who wouldn’t think the world was ending? I stared at it trying to convince myself that it was real: an inky black, almost perfectly circular hole seemingly speared through the sky itself, surrounded by filaments of light like a cosmic flower. For almost three minutes in the middle of the day, Venus and some stars flickered, crickets chirped, the orange glow illuminated columns of rain to the south. I was literally jumping around with excitement. Between photos, at least. I worried obsessively for days that clouds would block the show. But the clouds cleared, and in tiny Exeter, Nebraska, I saw my first total solar eclipse. 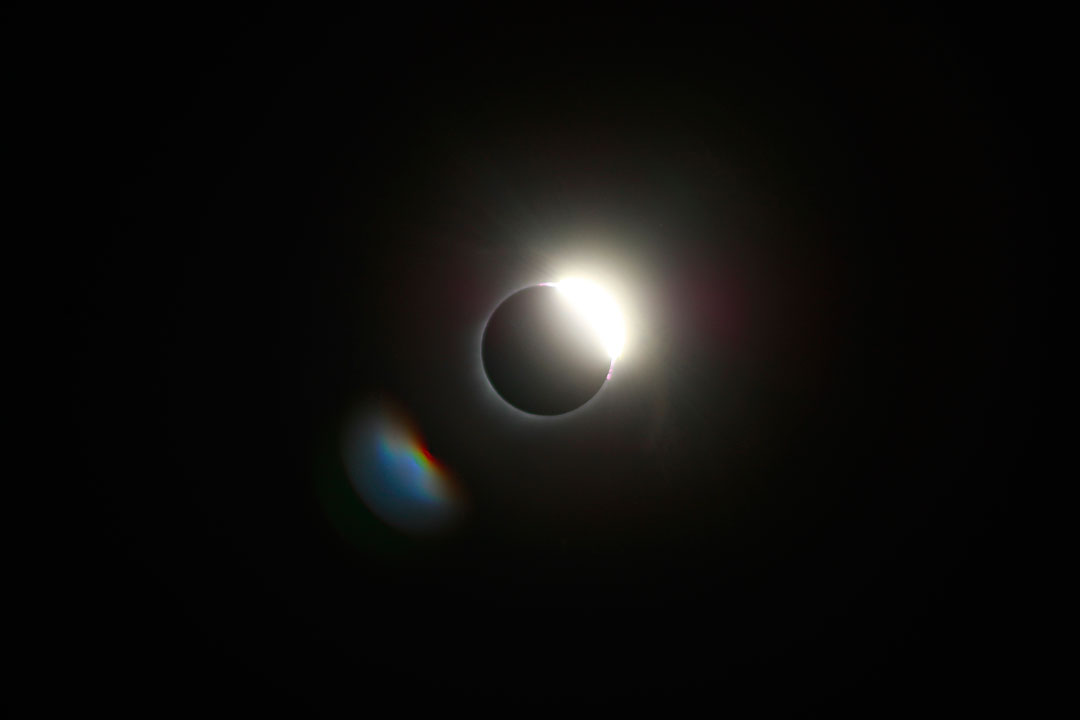 If you missed it, you get another shot in 2024. I have much more to share from the trip to Nebraska, South Dakota and Minnesota this past week and a half, so stay tuned, and thanks for looking.

One thought on “The eclipse”