I’ve heard the name Petit Jean, a state park that’s pronounced “petty jeen” in these parts, for years. After a good dousing of rain hit the state, it was high time for the park and I to meet. It sits about two hours southwest of Fayetteville and seems small as natural areas in Arkansas go, stretching about four miles from end to end. But Petit Jean still has plenty to its name, including one of the most impressive waterfalls in the state.

The approach to the park is fairly flat, but the park isn’t, generally following a deep valley carved into a mountain by Cedar Creek. Rocky outcroppings called the palisades mark the entrance from the west.

In my eyes, rocks like this show a place’s personality. Much of the Badlands is jagged and crumbly, for example, while the Black Hills and Yosemite Valley are rounded and strong. The rock at Petit Jean reminded me of home in northwest Arkansas, with smoothed, wrinkled sandstone boulders and bluffs splashed with moss and lichen. 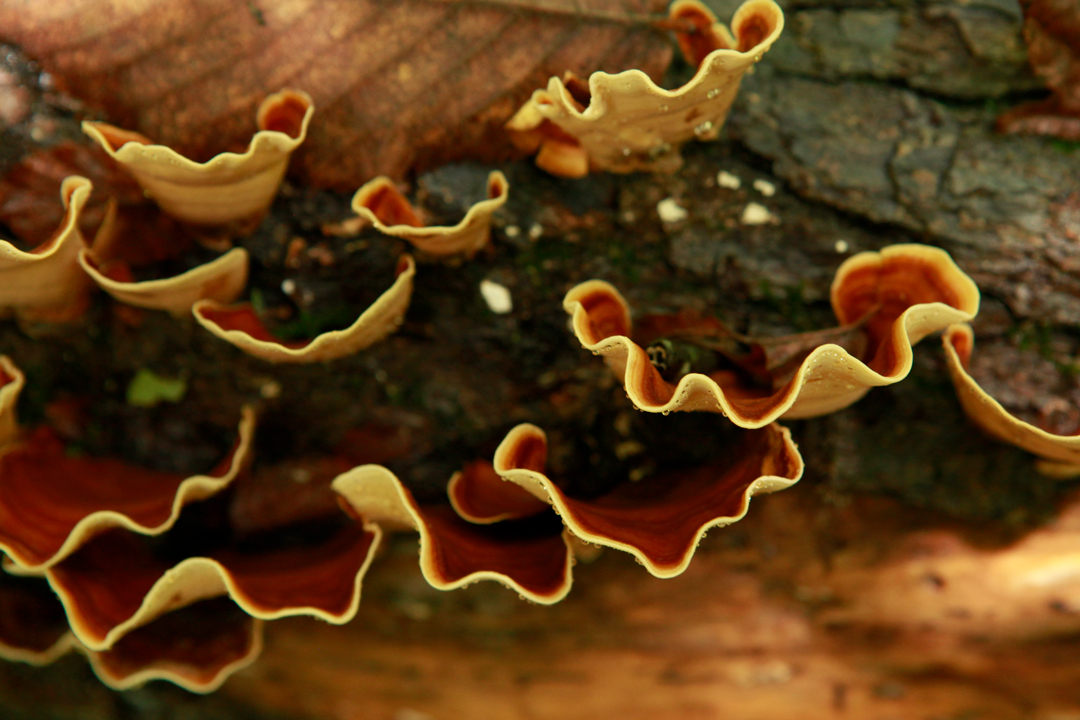 This particular trail took me to the valley floor accompanied by a small stream with stair-step falls, then Cedar Creek itself. All of the recent rain had turned part of the trail into its own little waterway. But yesterday’s weather was beautiful, and I shared the path with dozens of people and tiny mushrooms. 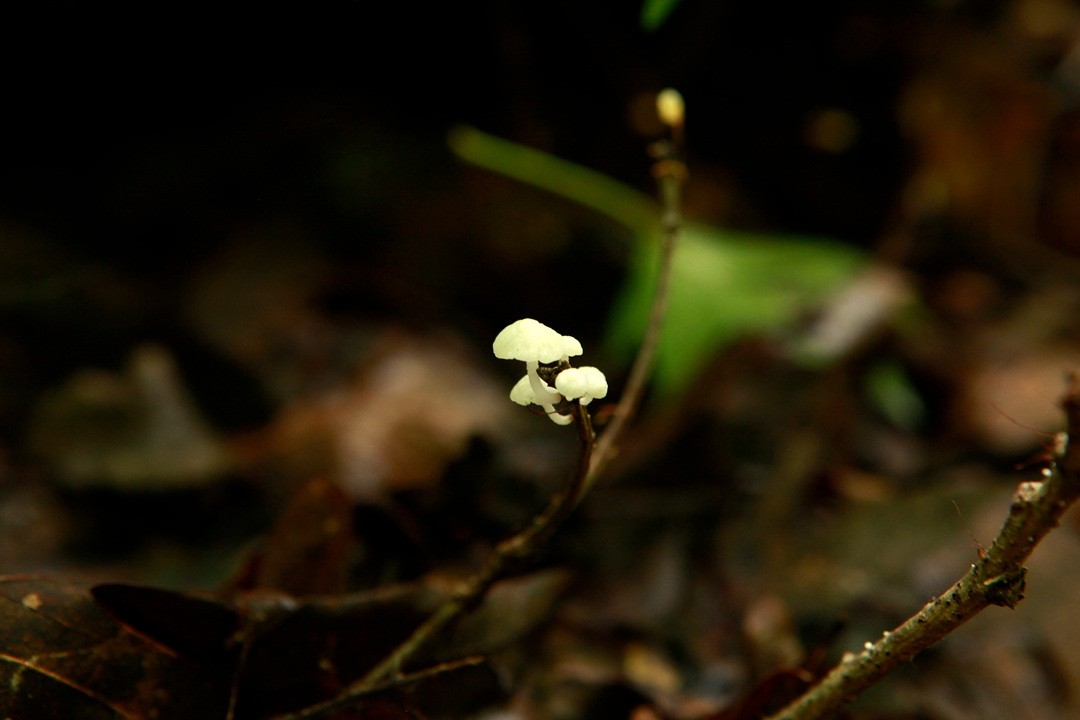 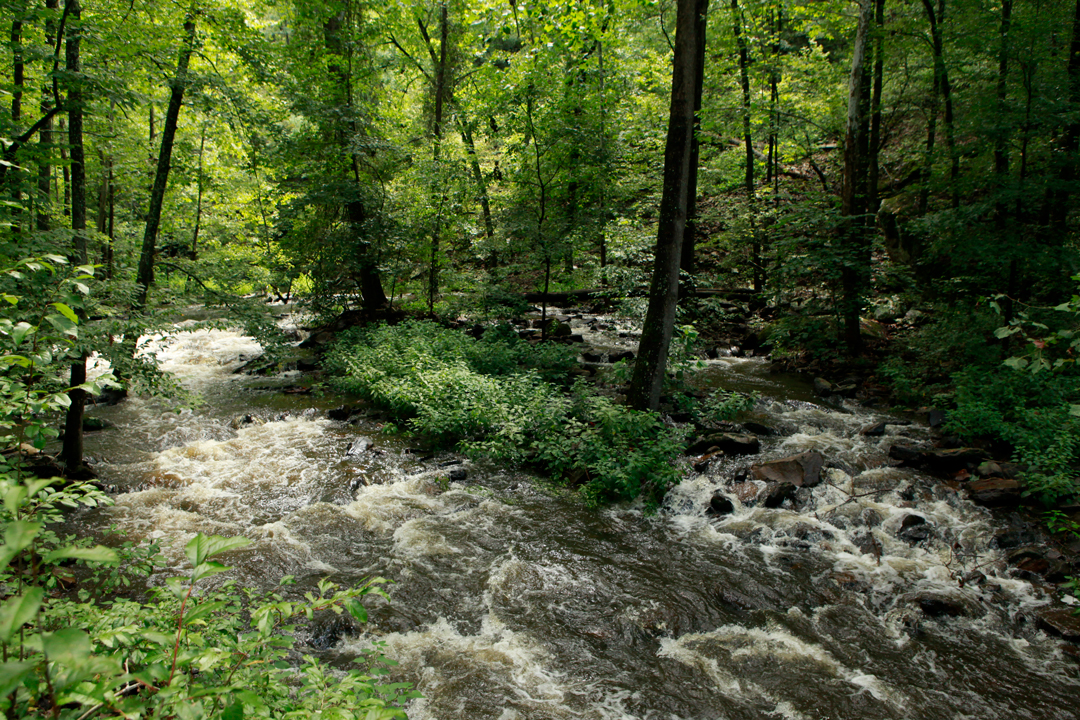 Even with the creek’s gushing at full strength, I could hear Cedar Falls before I could see it. The water tumbles about 100 feet, more than the Twin Falls at Devil’s Den and Eden Falls in Lost Valley. A constant, light rain dripped from the bluffs above. 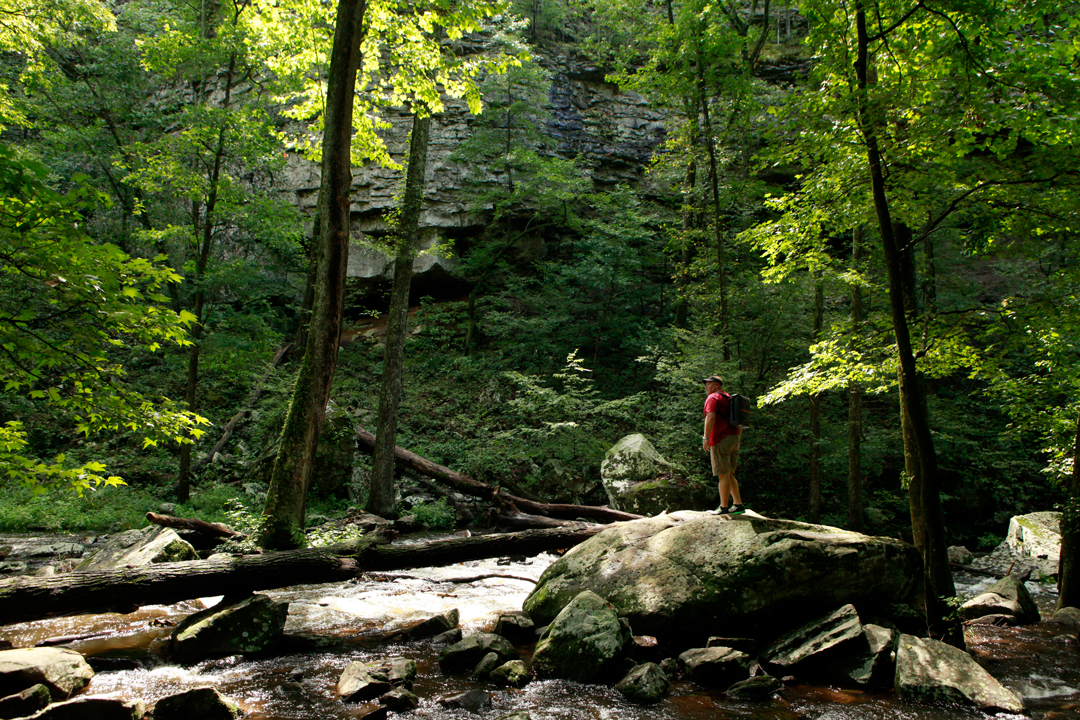 I didn’t have time to do everything I wanted at Petit Jean — there’s a whole other trail to the south that’s much longer than this one and includes hollows and formations called turtle rocks. But this trail by itself left me sweating and breathing hard, especially on the climb back up. Definitely a worthwhile first meeting.