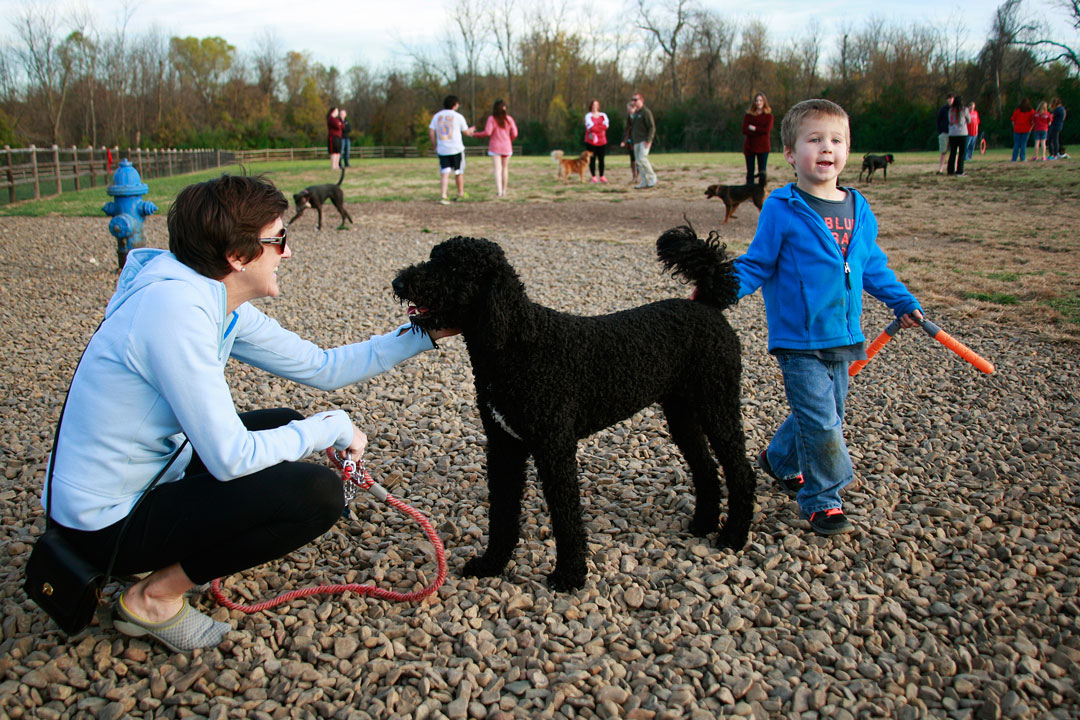 In northwest Fayetteville lies a wondrous place called Iams Dog Park, where dogs of every breed, size and athletic ability sprint and waddle among their owners every day. Tonight was the first time I’d been there. I missed my dog a bit. Mostly I tried to pet the dogs.

This is Lucy, by the way. She mostly stuck next to the person petting her and snorted a lot. Her owners were pretty cool. 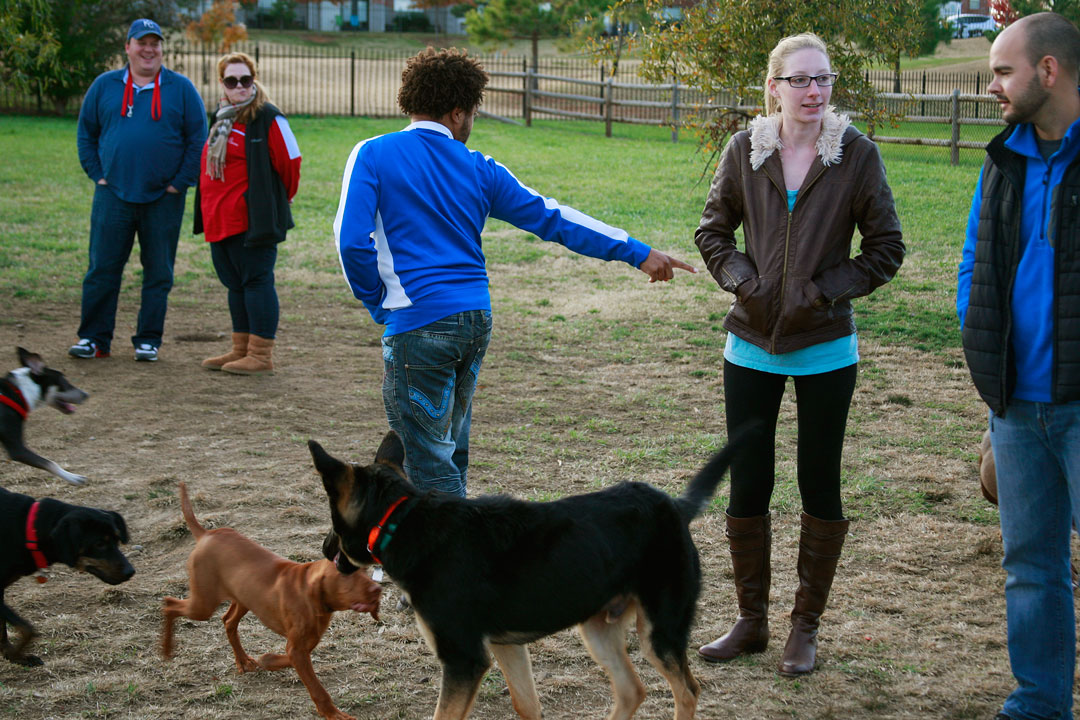 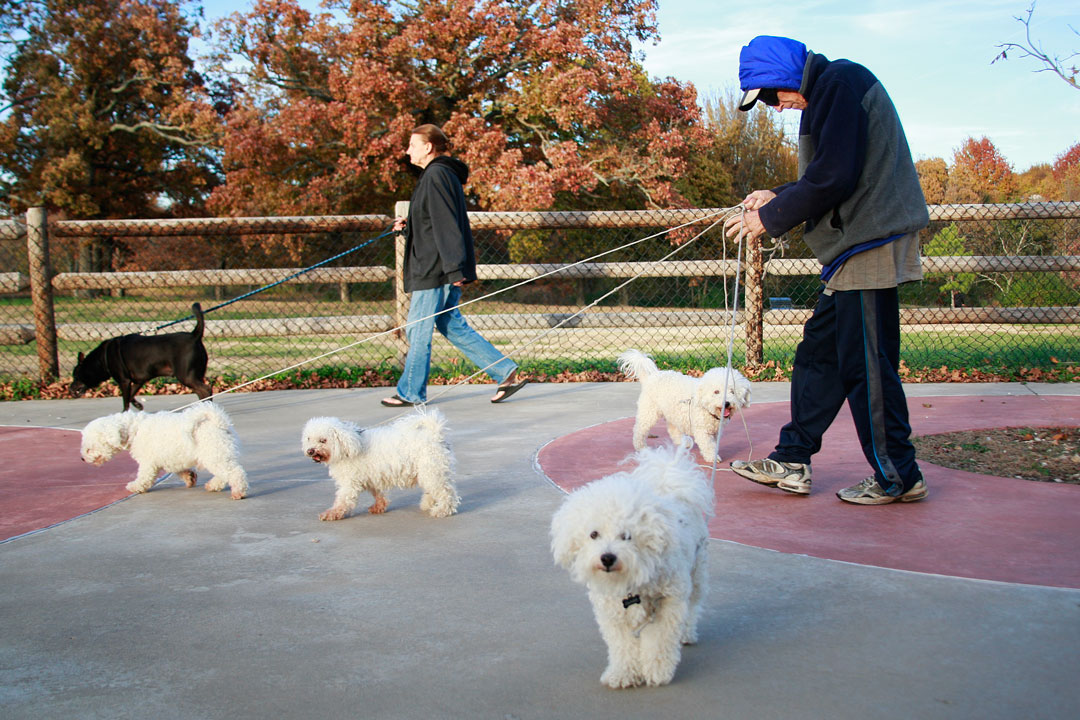 I’ve actually seen this guy before, over in Wilson Park. He was with just two of these dogs then (can’t say which two for sure) and walked with them at each end of the same rope. He seems content with his companions. 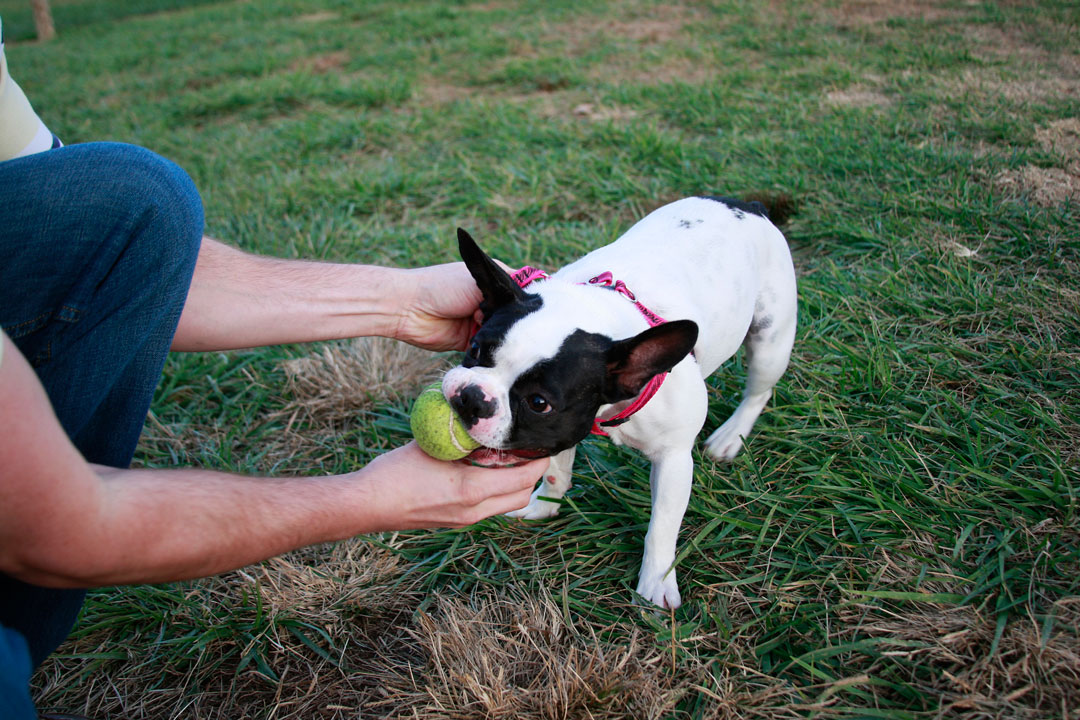 And this is Oreo, a little speed demon who could outrun a German shepherd if a ball was in front of her. 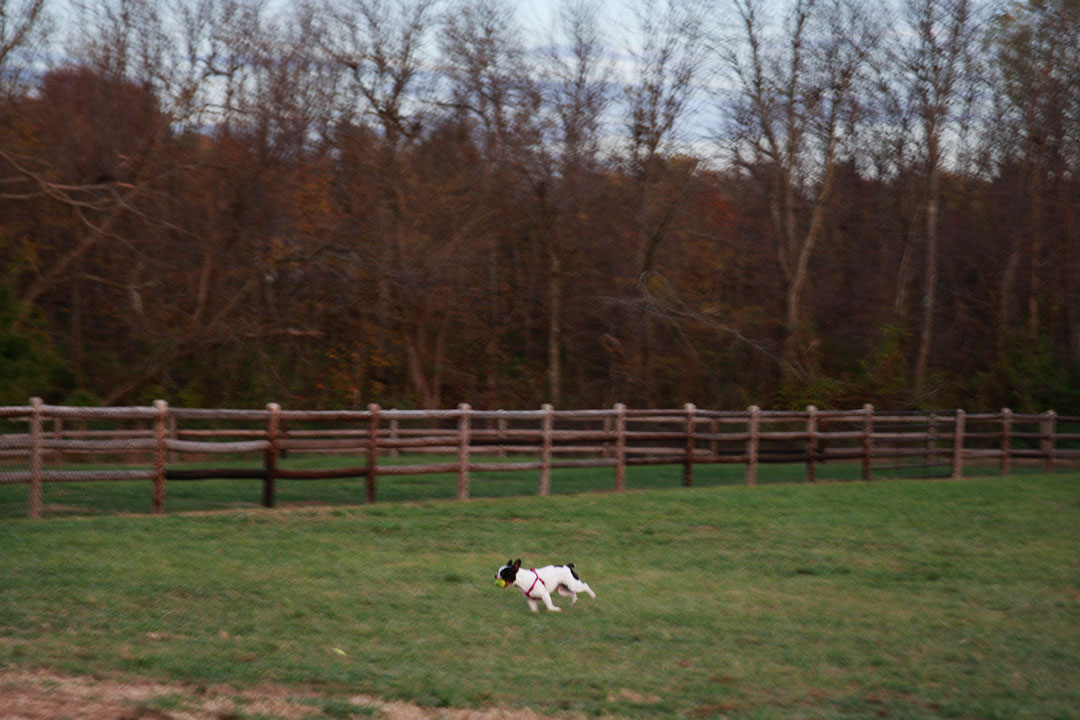 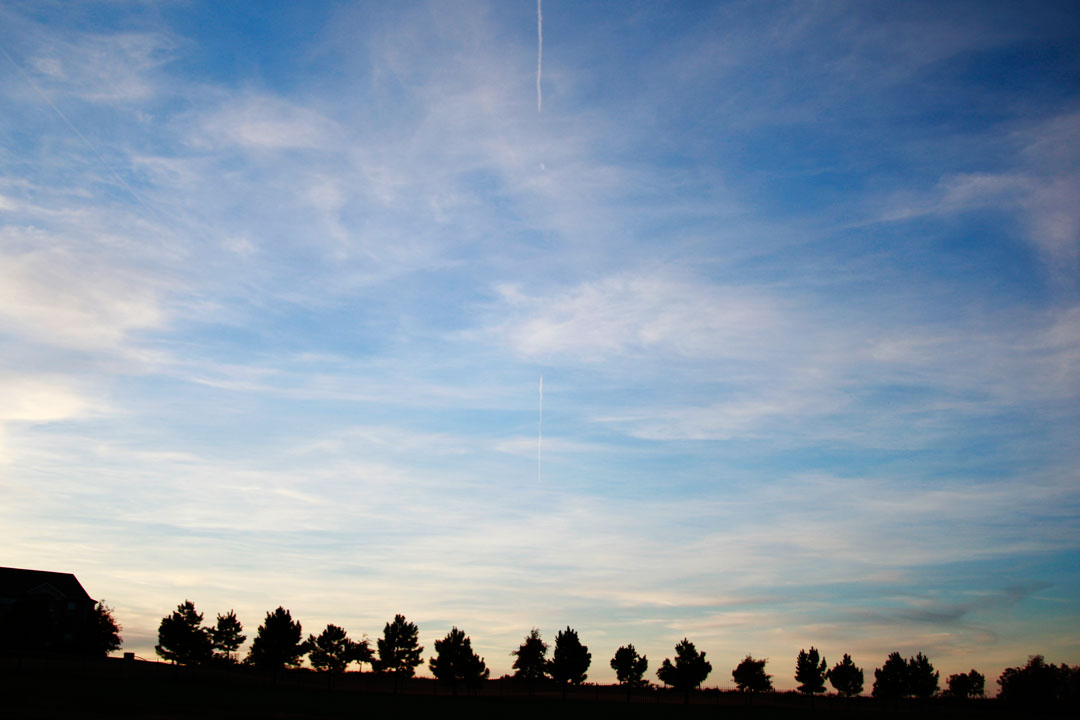 Pretty soon here I imagine fewer people will be making their way out to the dog park; this week’s highs are expected to drop into the 30s. Fall’s foliage game is still strong, though. 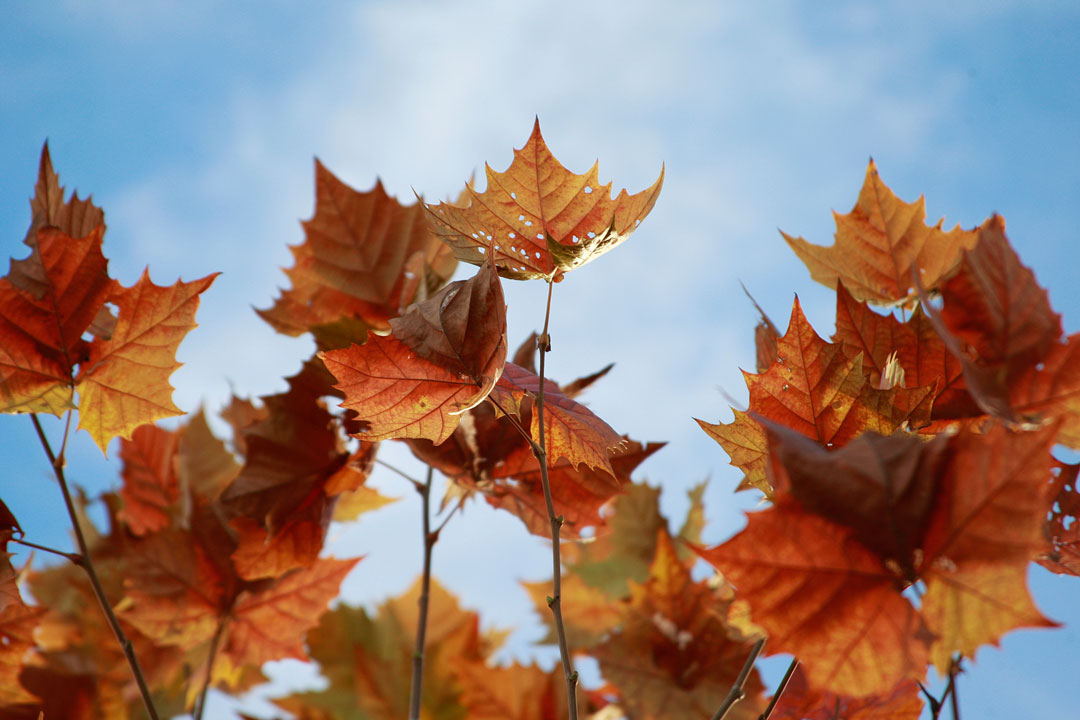 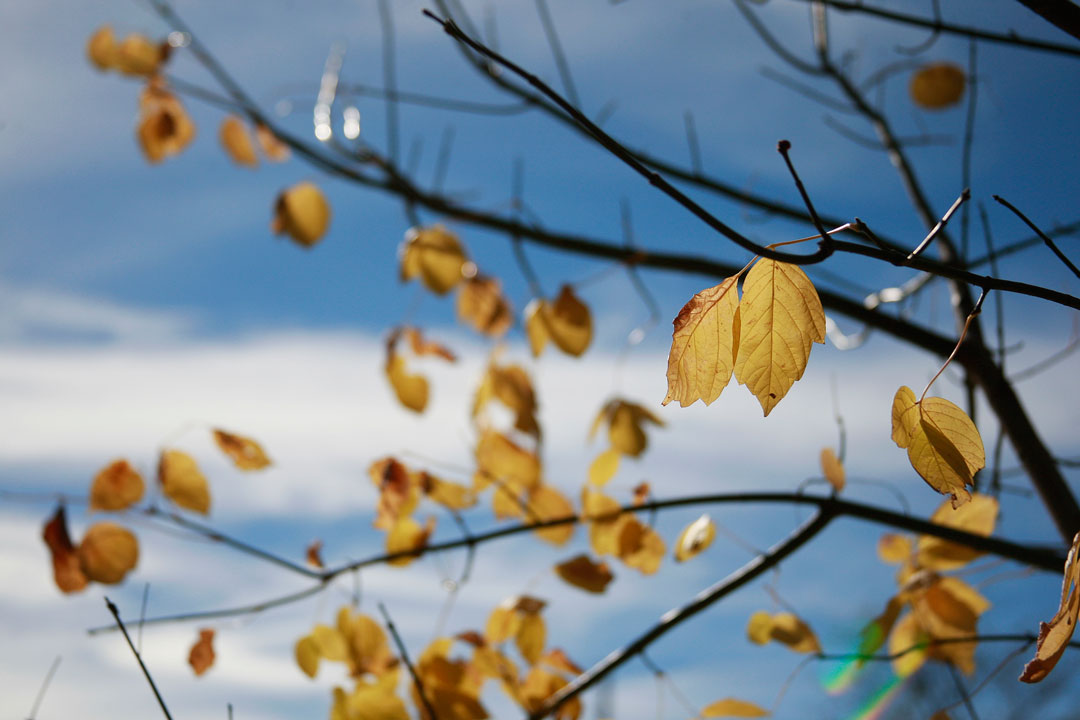 And just one last image for you, something that makes me laugh every time I see it: 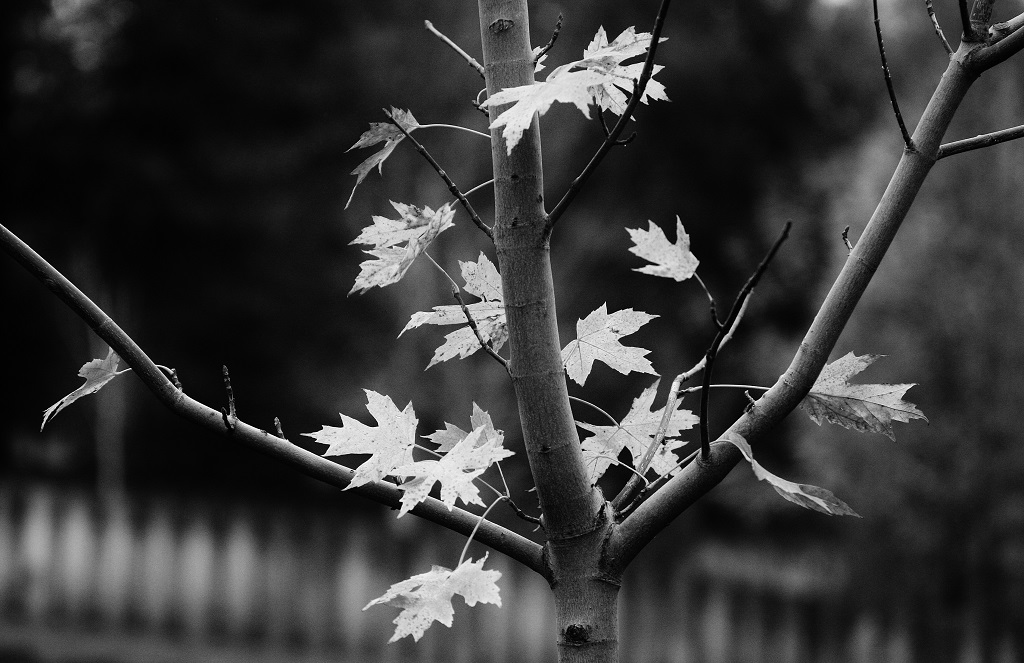 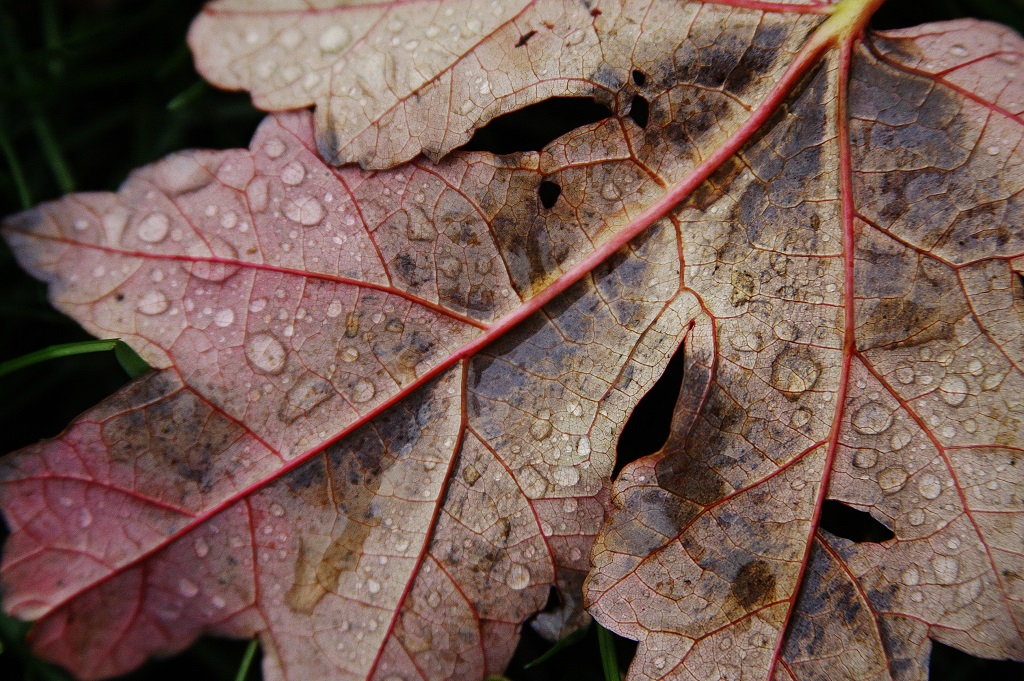 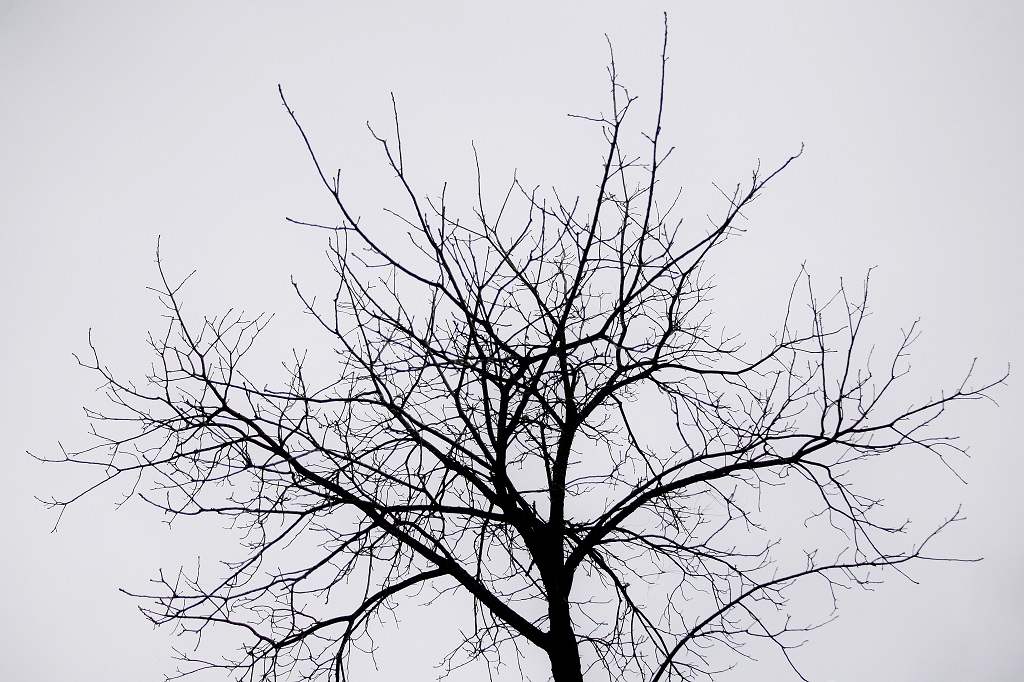 Happy Halloween! I know it’s early, and I blame my first freelance photo gig in a while. The married owners of Springfield’s Savoy Ballroom organized 100+ people to dance to Michael Jackson’s zombie-fied “Thriller” this past weekend on Commercial Street, and I got to take some images. There was room only for one in the paper but these regular people went all-out, so I’m glad to be able to put up more photos here.

I’ve also hitched on a few images of an Ozarks autumn in Dogwood Canyon Park south of here. It will fade away to winter before we know it. Fittingly, my search for full-time employment also is reaching its endgame, I think. Lord knows how it’ll turn out. 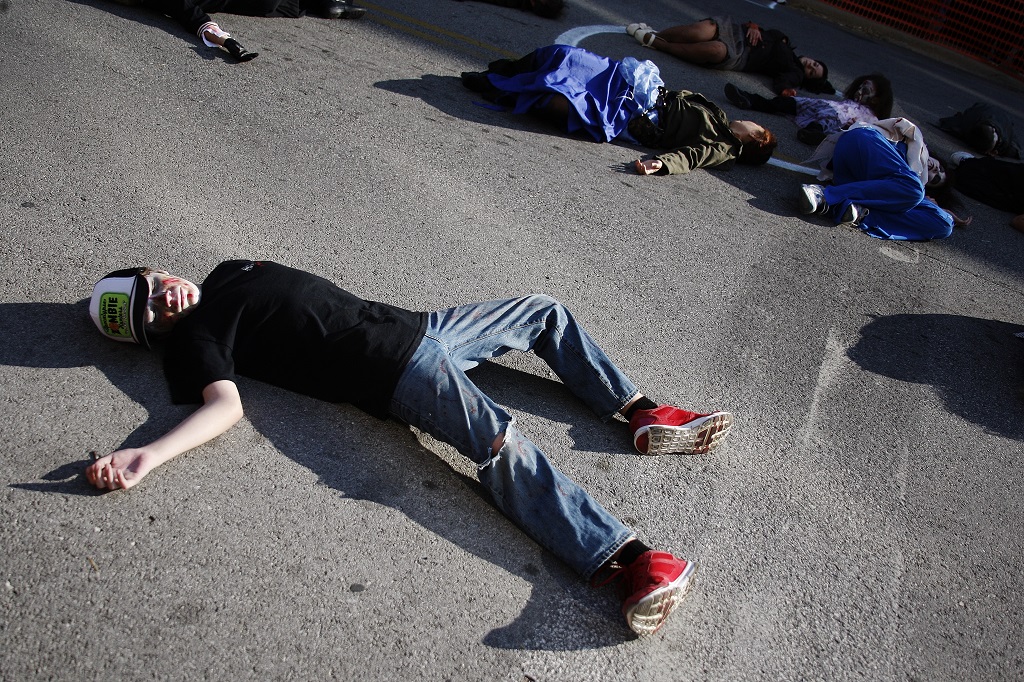 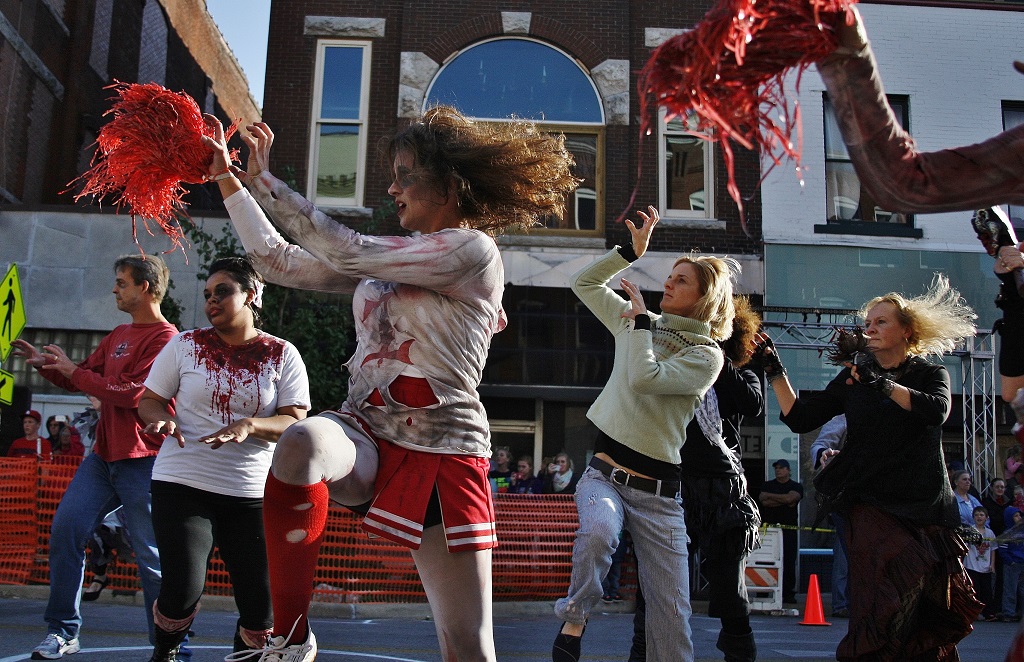 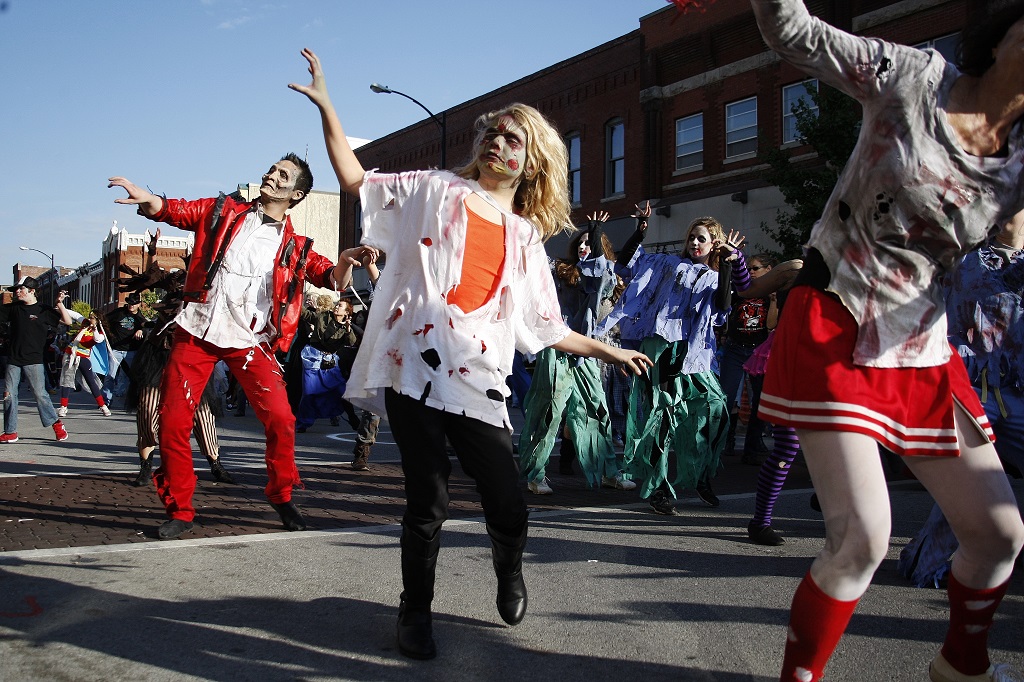 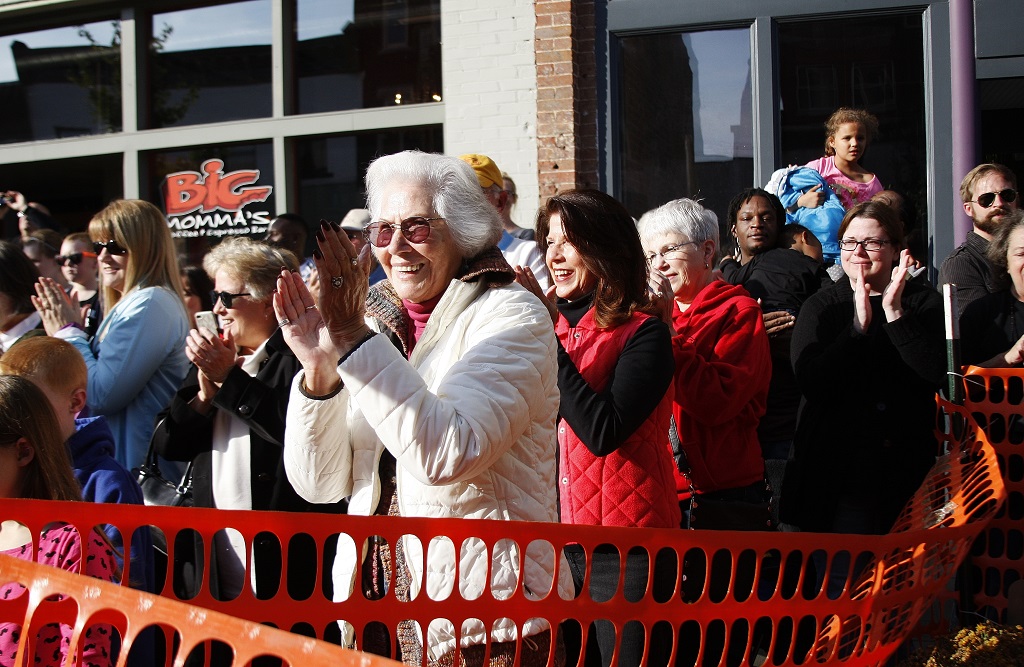 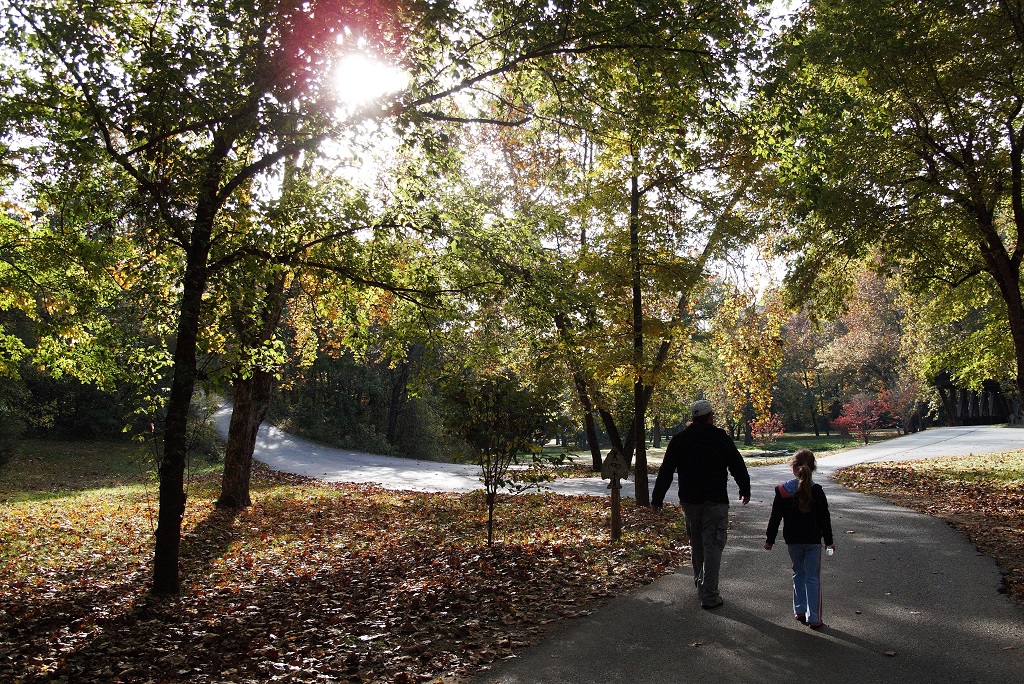 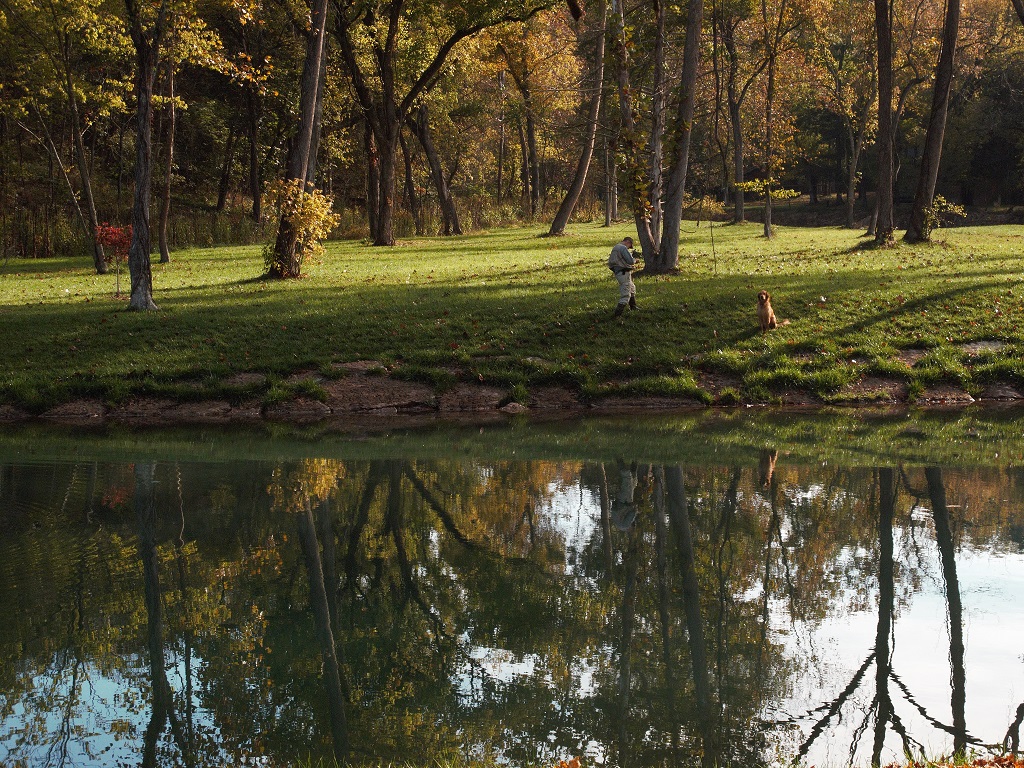