There’s no mistaking a southwestern Missouri creek. I’ll always recognize the high-pitched clink the fist-sized rocks make when I walk on them. Many of them bear tiny round or cylindrical fossils — some rocks are essentially nothing but fossil. Crawdads and snails and fish flit or crawl over the creek bed. The water itself, cool and clear, gleams golden and reflected green. I’ve known these creeks, like Bull Creek above, since my earliest memories, and my dad has known them even longer. It was good to get back a couple of weekends ago. 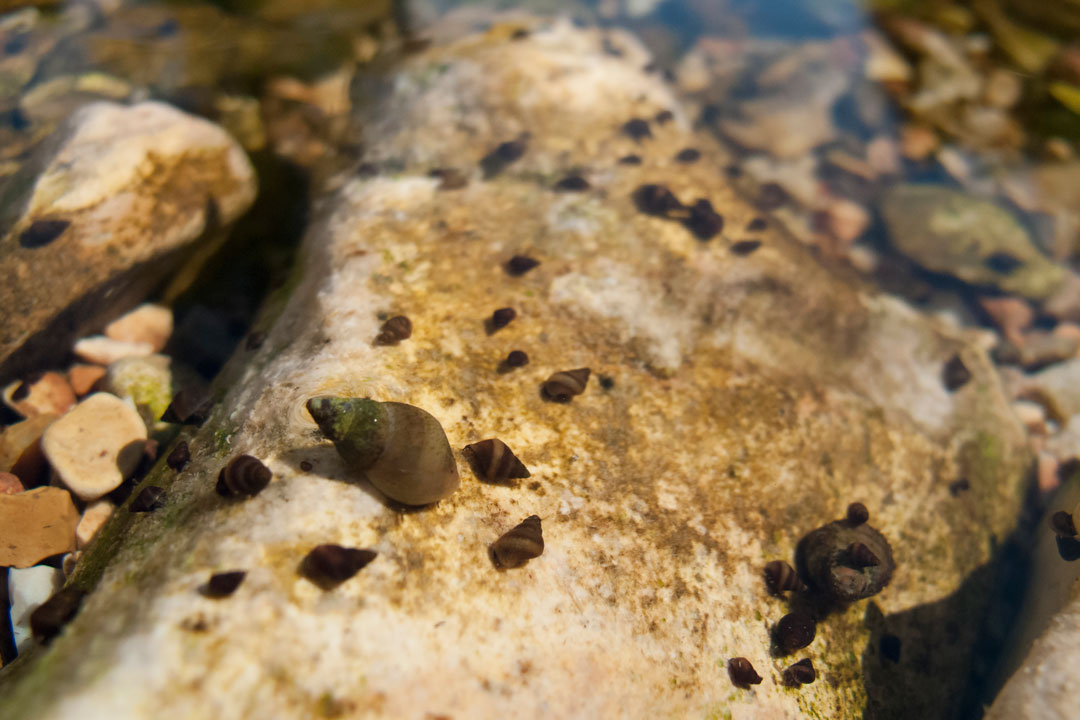 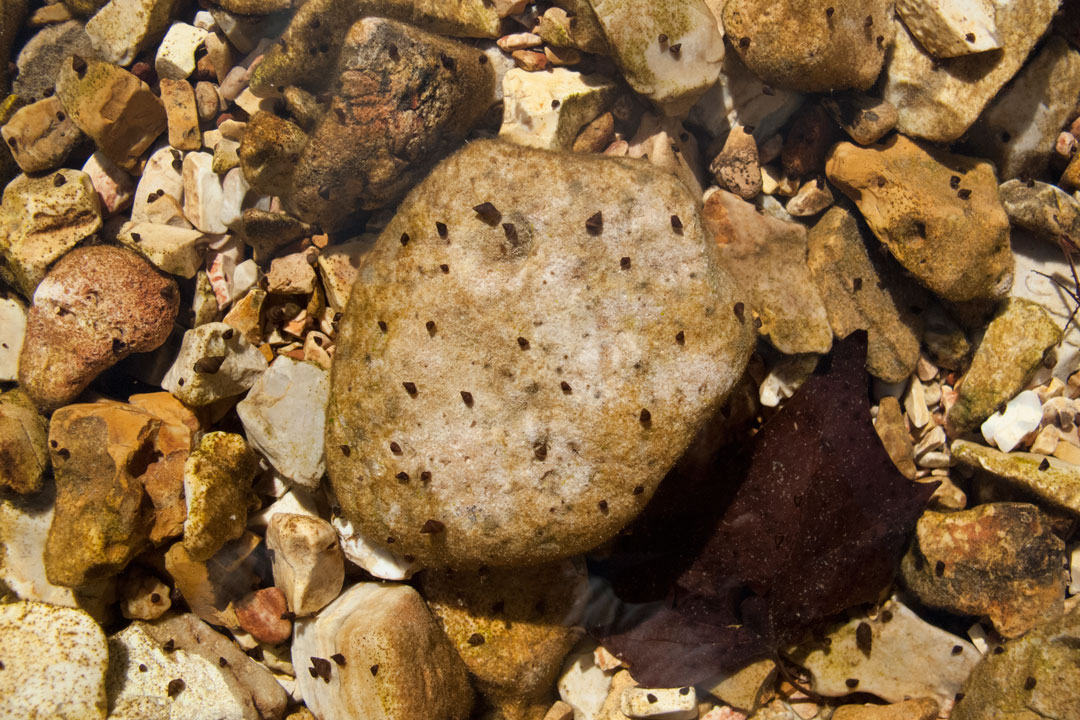 I’m heading up north again in a couple weeks for the Aug. 21 solar eclipse that will sweep from coast to coast. Click that link for detailed maps on where to see the total blockage of the sun by the moon — you can bet I’ll have about 1,000 photos to share, but it sounds like photos won’t do this cosmic event nearly the justice it deserves. If you can go and decide to do it, watch out for tens of thousands of others doing the same. If you don’t, you’ll at least get a partial eclipse no matter where you are in the country. But there’s no way I’m missing this thing; I’ve been looking forward to it for more than a year.

See you on the other side!

Nothing can deliver nostalgia quite like a county fair — other than the clothes and the cars, they probably look just the same today as they did decades ago in the days of The Sandlot and A Long Way from Chicago. It’s good, pricey, old-fashioned fun, with the added benefit of being a reliable photo-taking ground. 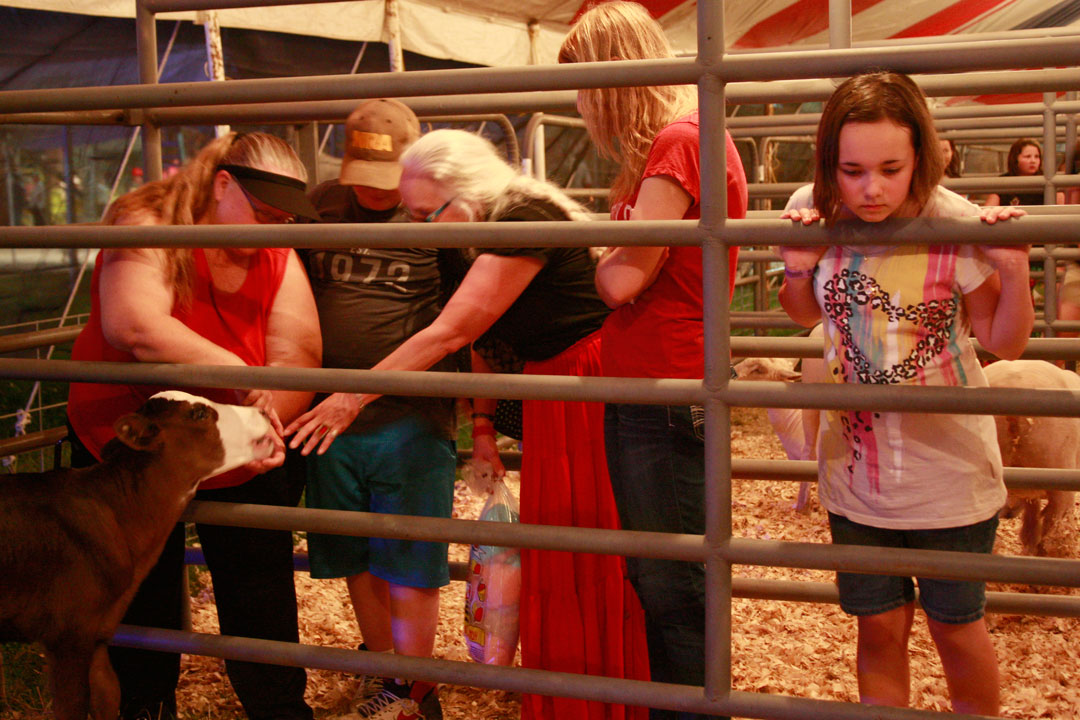 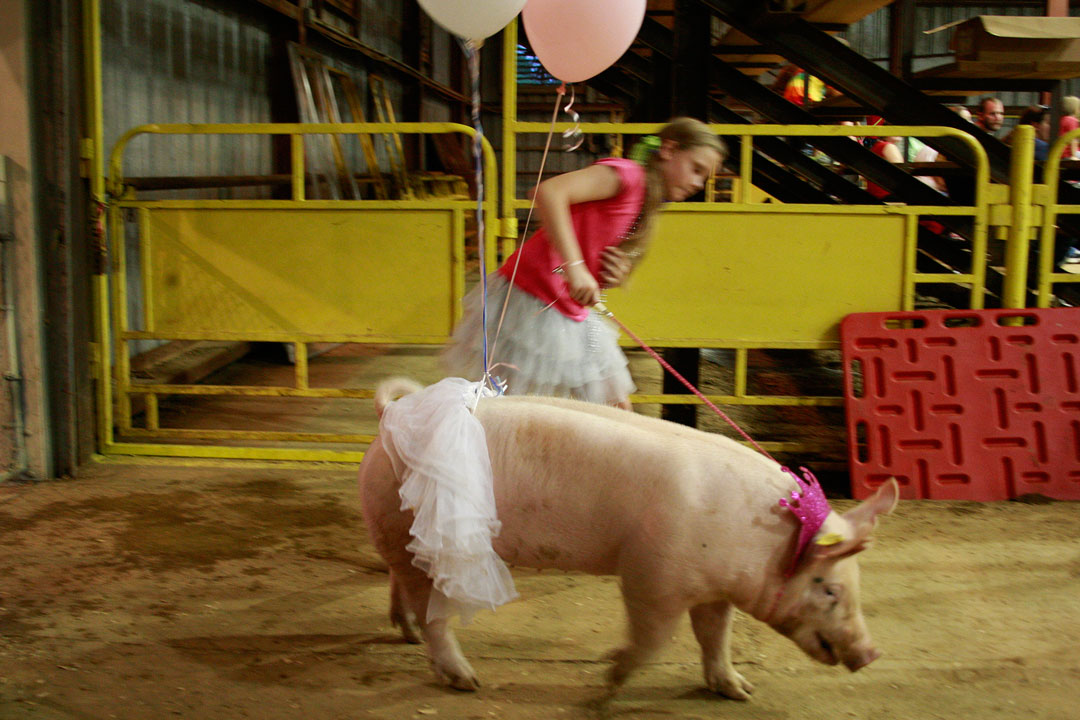 It was an old-fashioned holiday weekend for me, starting with the Washington County Fair, then continuing up in Missouri with some of the most old-fashioned fun there is: exploring a pair of state parks with the family.

First was Elephant Rocks State Park, sitting about 80 miles south of St. Louis and named for its very own herd of massive, rounded granite boulders and hills nestled within the Missouri forest. 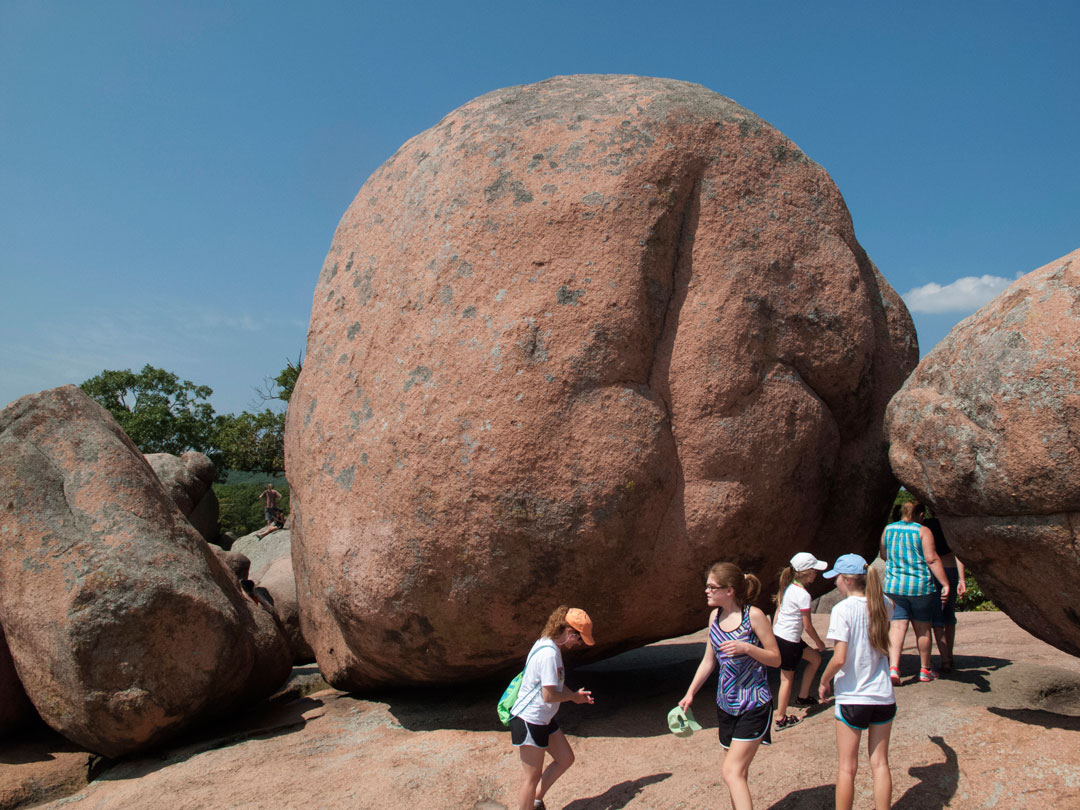 These behemoths look like they could have tumbled in from elsewhere, but it turns out rain and wind carved them in place over millennia. The boulders are very big – one of the biggest weighs in near 700 tons, or about the same as a hundred actual elephants – and very old. Granite forms when magma cools underground, and this magma did its cooling about 1.5 billion years ago, perhaps before life had even ventured outside of the Earth’s oceans.

The rocks are also fun to climb. 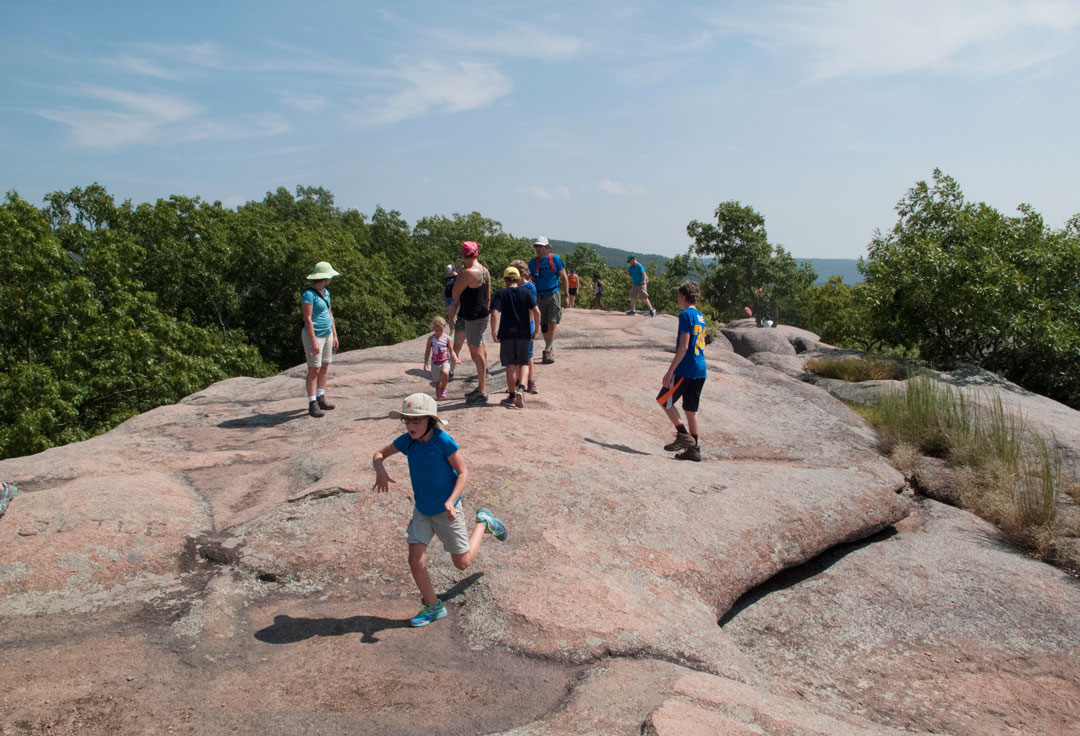 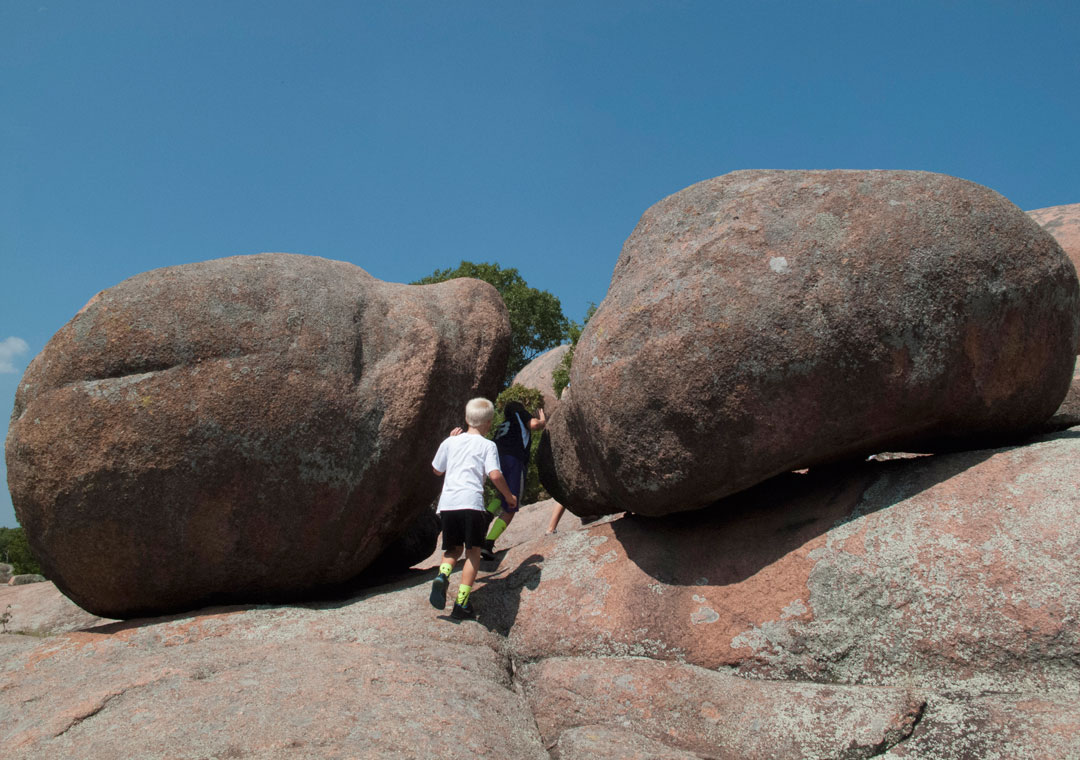 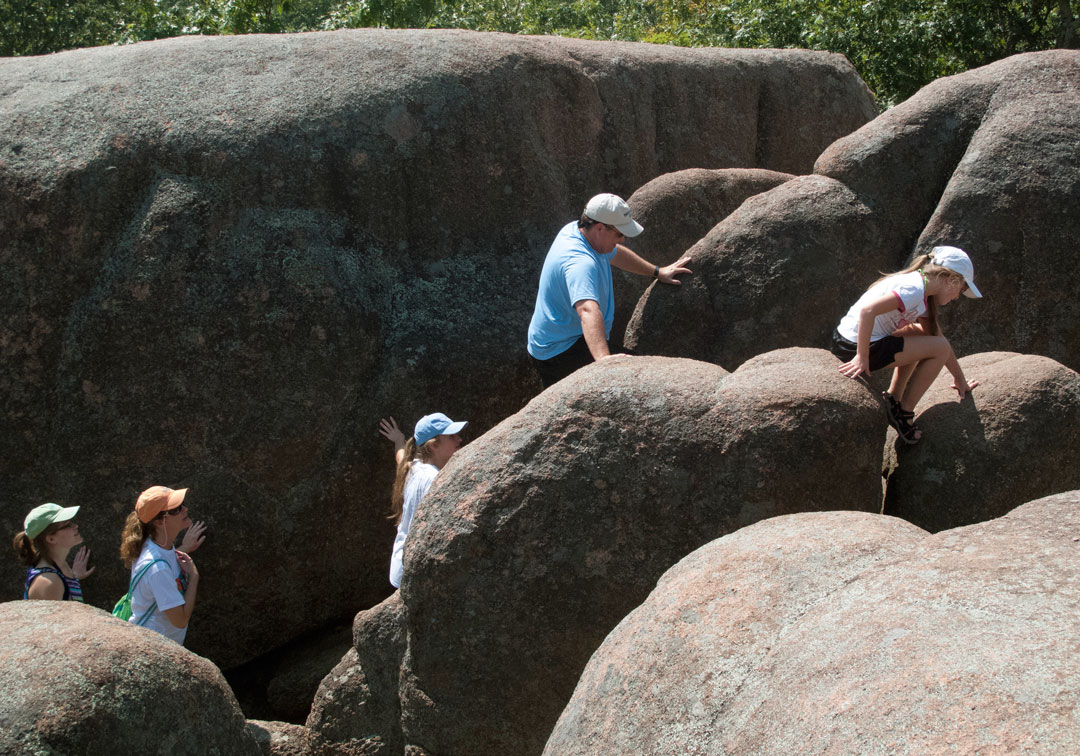 Nearby sits Johnson’s Shut-Ins State Park, a stretch of the Black River that winds through outcroppings of tough rhyolite rock that’s around the same age as the elephant granite, worn smooth as carved marble to form a really beautiful maze of little water slides and wading pools. 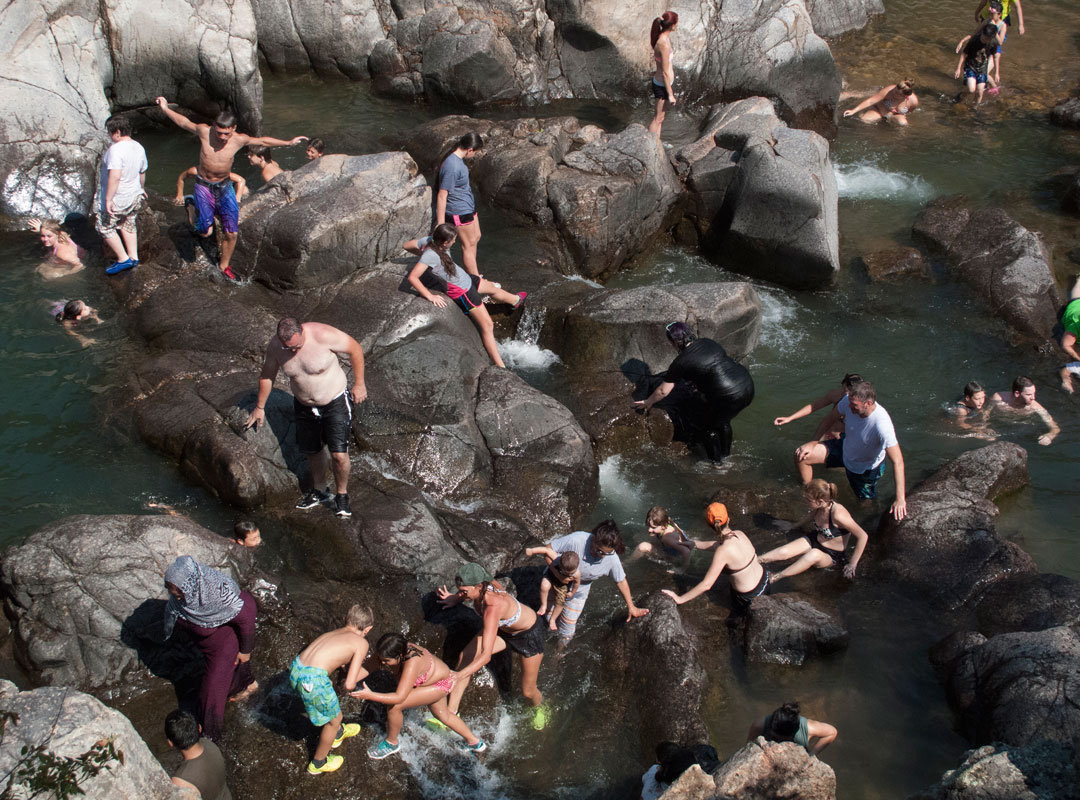 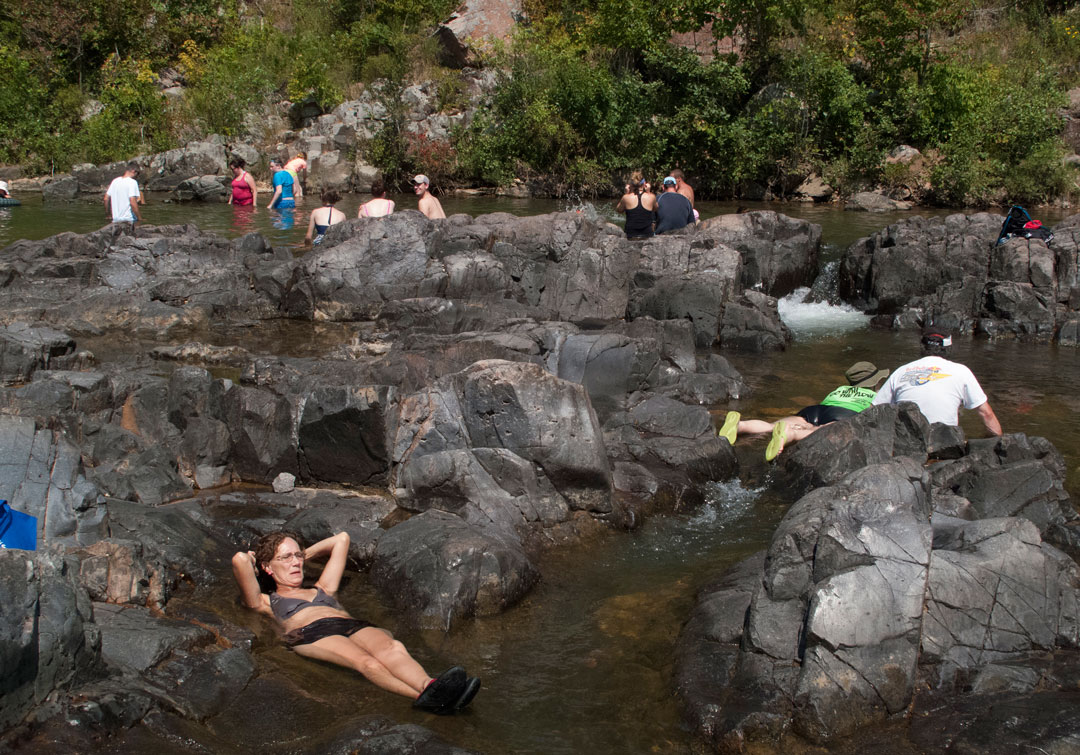 Rhyolite forms from molten rock, too – it’s the same stuff as granite, but it cooled above ground and quickly instead of below and slowly, giving it that smooth texture. Missouri was active and full of lava back in the day, apparently.

An upstream reservoir ruptured in 2005, flooding the park, but its shut-ins seem unharmed, and the human-made buildings have been rebuilt better than ever. (No one was killed.) I love this place. I could wander between its rocks for hours. Watch your step, though, if you ever go; getting around the smooth rock takes a fair share of scooting and pulling. 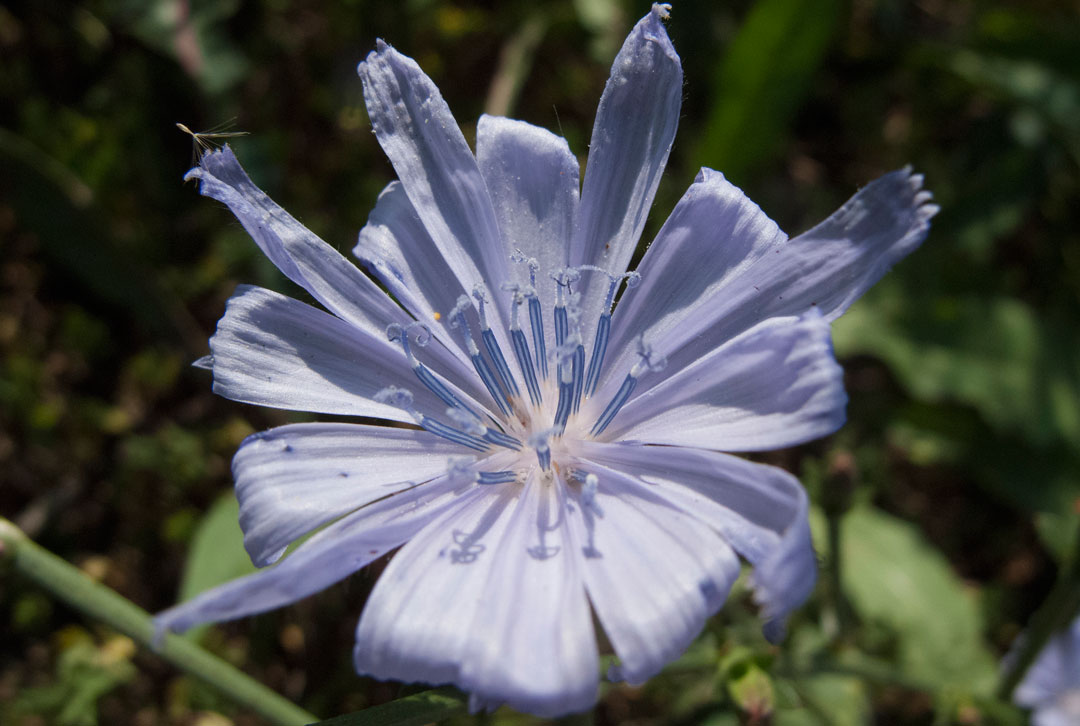 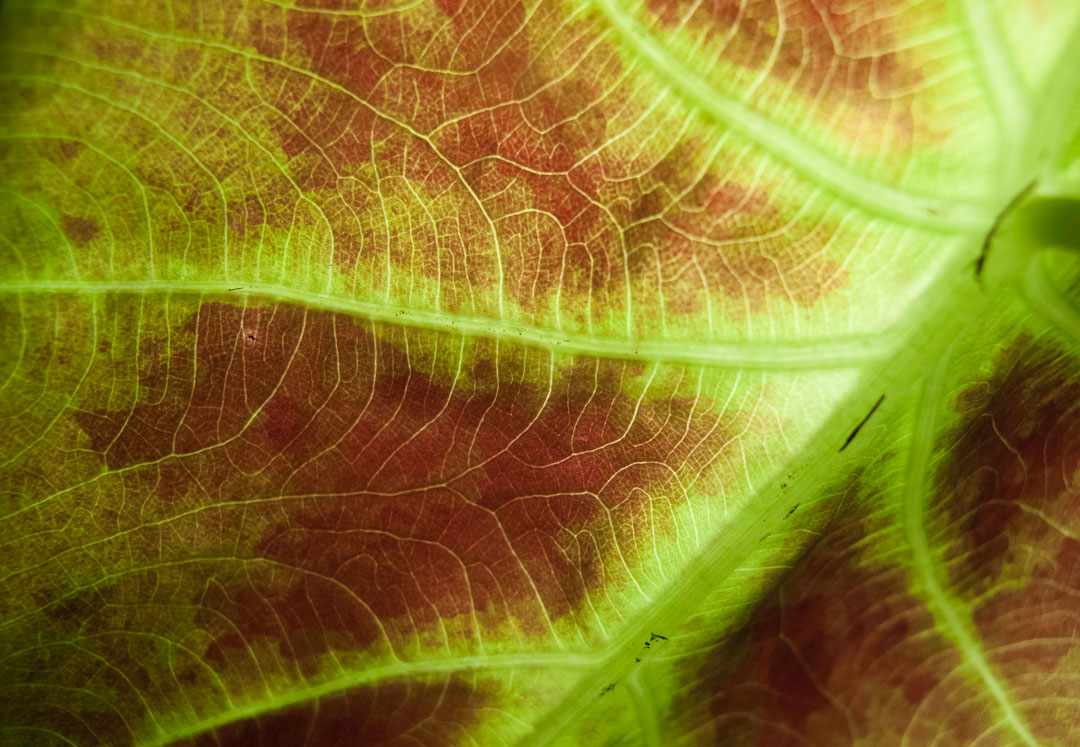 Just a few photos this time, and just a few words. The environment’s on a lot of minds these days, thanks to a papal encyclical on climate change and some wacky worldwide weather. One thing I hope to convey with all of my ramblings is that “the environment” isn’t a far-away thing in all of those forests and rivers and national parks. It’s also the air you breath in cities and the dirt you walk on in yards. The veins in the purple elephant ear leaf above are as much a part of the natural system as the streams and rivers they resemble.

Anyway, that’s enough didactic-ness for now. Please enjoy this photographic sample of the life cycle of butterflies and moths, including the most massive caterpillar I’ve ever seen, courtesy of Springfield’s Butterfly House.

Have a good one, 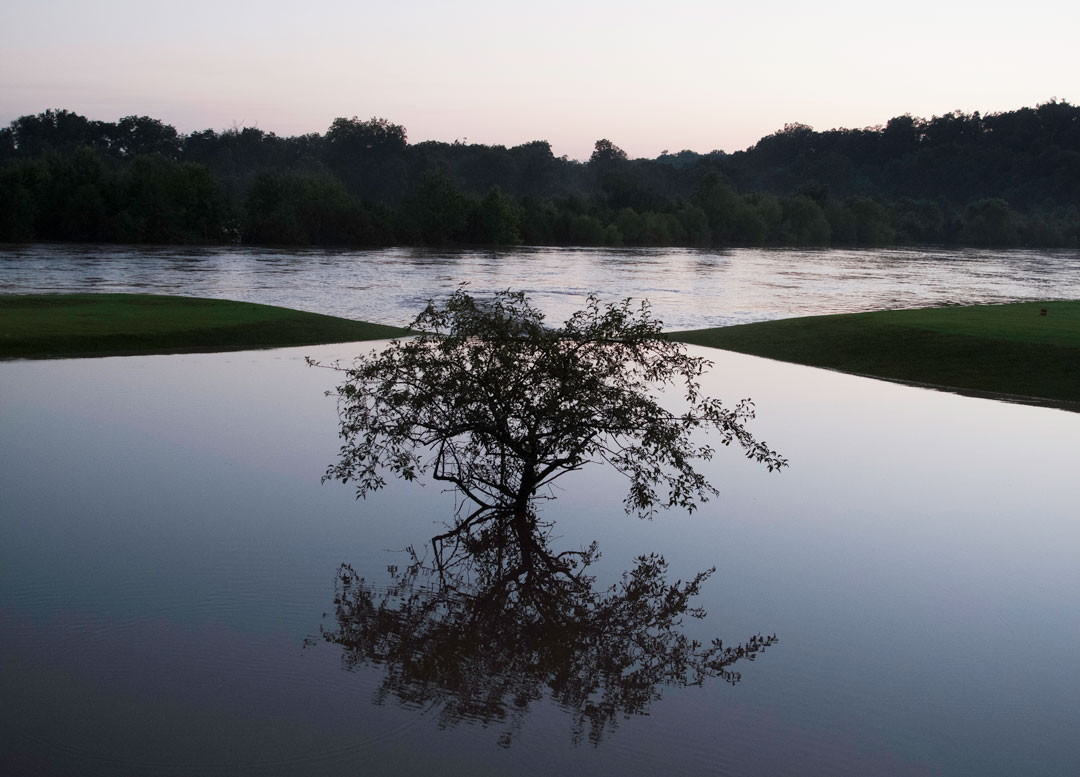 I couldn’t tell at first that the tan, four-legged, tailed creature wandering around the middle of the golf course in the distance was a cow. Dusk was dimming, it was too far away to photograph or see, and for a surreal, stupid moment, I thought a lion had escaped some local zoo in the flooding — I’d read about something along those lines recently in southeastern Europe. This flood wasn’t a hemisphere away; this was Springfield, Missouri, last Friday, in the aftermath of then-Tropical Depression Bill. I was up for Father’s Day weekend to see my dad, also named Bill, and the rest of the bunch. We took off to see the water as soon as I got there.

These first few are from Rivercut Golf Course, inundated by several extra feet of the James River after days of rain. The water broke a record more than a century old, and it attracted an audience. Onlookers drove and walked past here and other swollen rivers and lakes in the area all weekend. The cow ended up OK, if you’re wondering, but for the night it was stuck on an island of green. 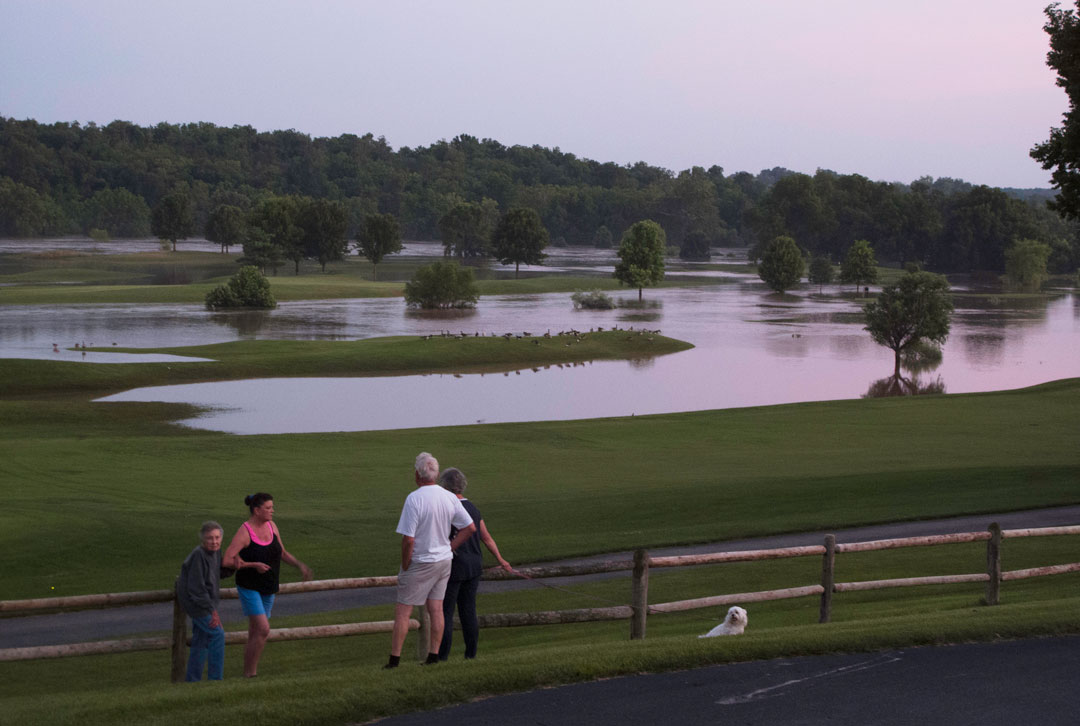 We drove around past sunset, and from the car I also caught an abstract little scribble of the crescent moon and a fainter Venus above it in the sky.

The rest of these photos have to do with water, too — little demonstrations for myself of how beautiful and powerful it can be. Egyptians have had the right idea, I think, accepting and celebrating their main river’s periodic flooding. We’ve spent a lot of time and effort trying to control our rivers and building golf courses next to them; every now and then they remind us how they once were. 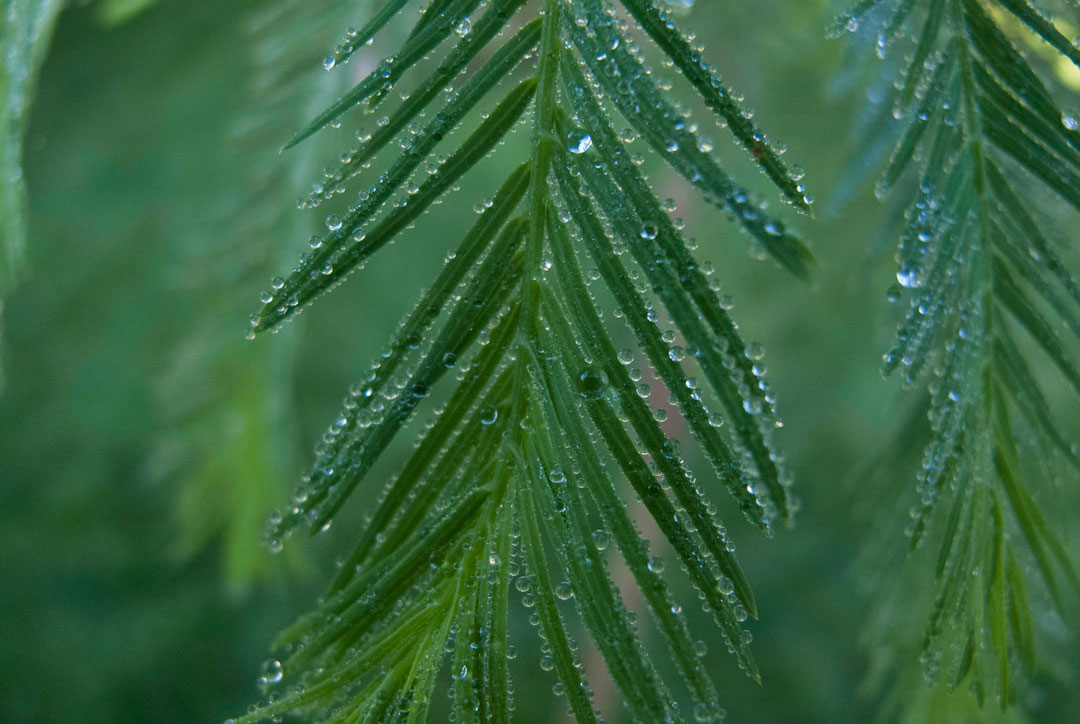 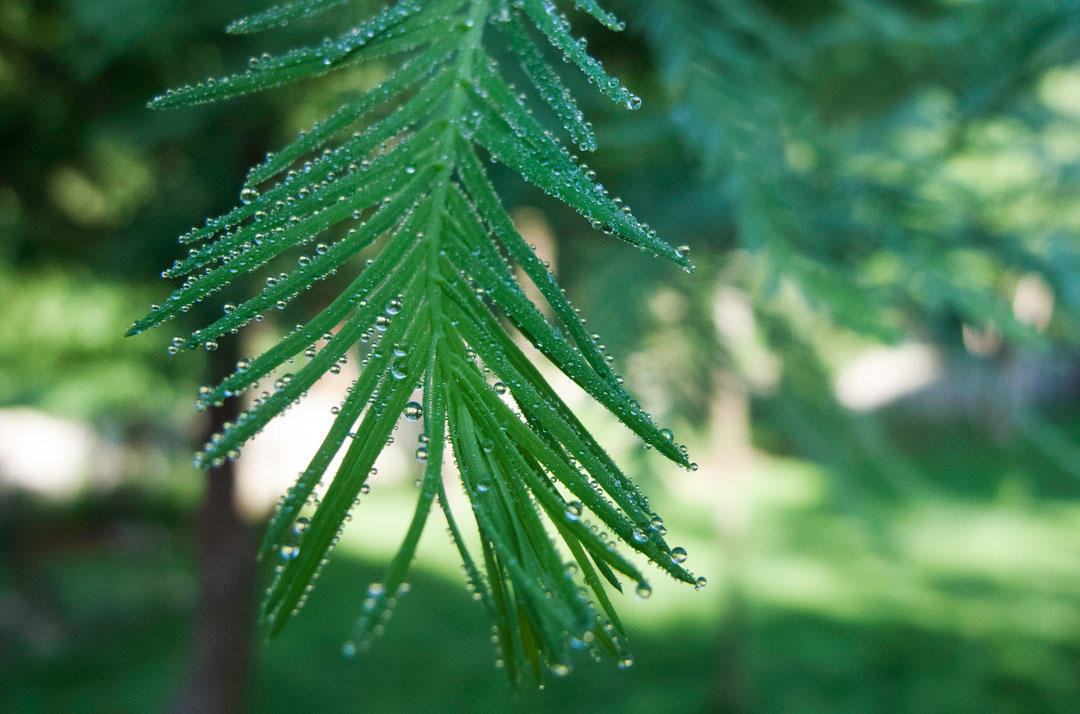 My obsession with fungi is getting a little out of hand, but how can I resist these delicate, translucent beauties? 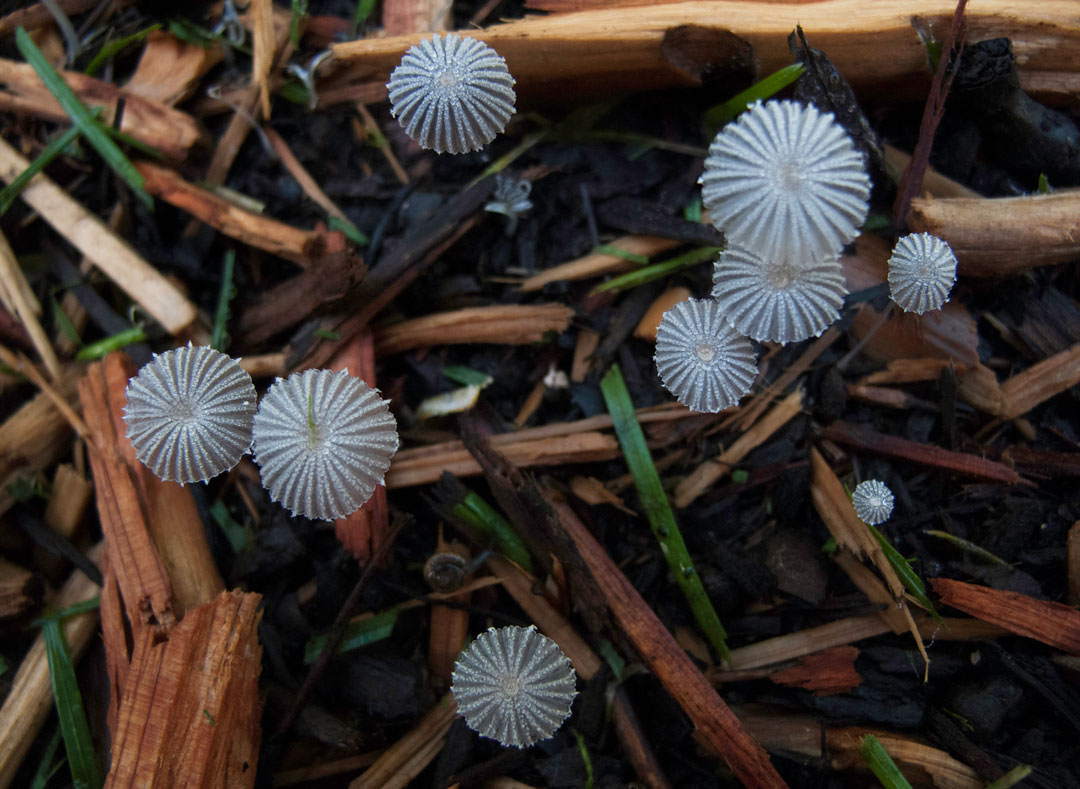 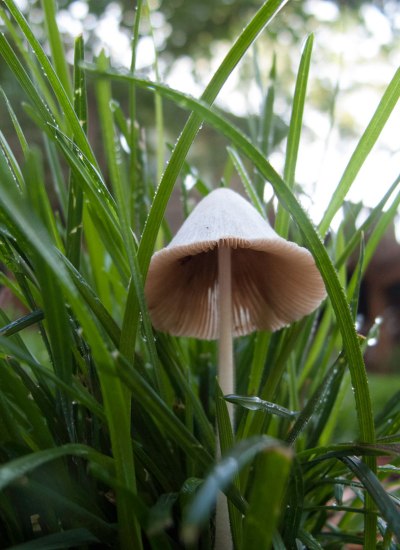 The same James River that was running over the golf course goes down to Table Rock Lake; the river picked up a little more steam on the way down. 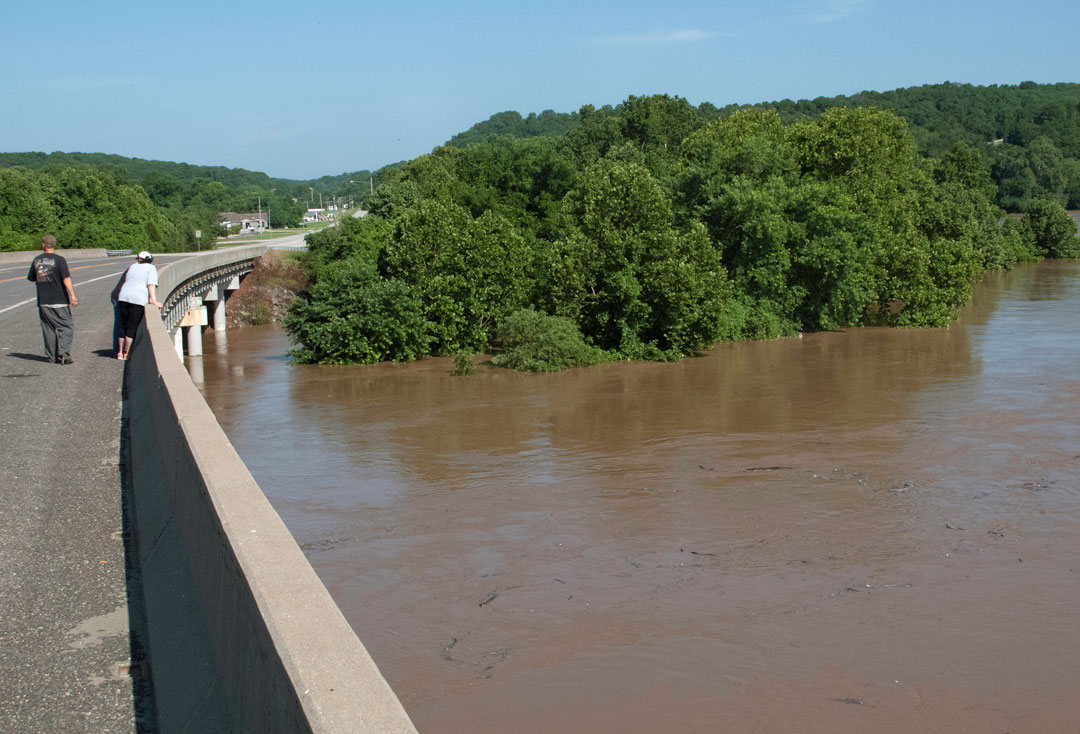 It was a good Father’s Day weekend up there; I hope you can say the same where you are. And happy summer!