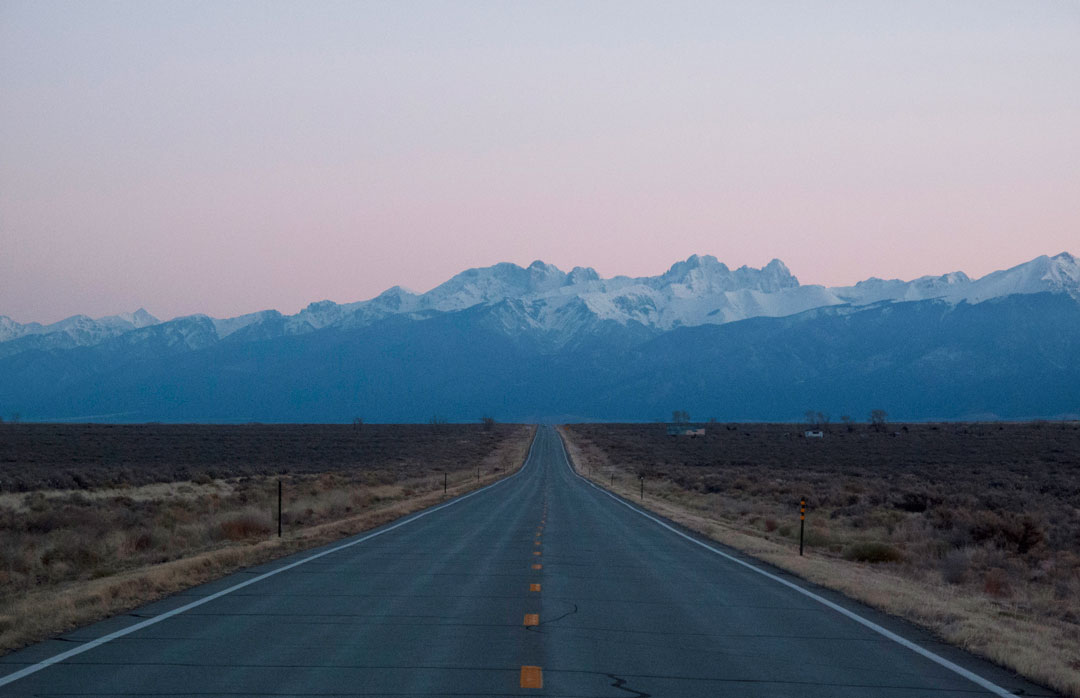 The sand of the Great Sand Dunes was once part of mountains that rise almost 70 miles to the west. It eroded and washed down into a massive lake that researchers think dried up more than 400,000 years ago. With no water holding it down, the sand blew eastward until it reached the Sangre de Cristo mountain range. There the sand – about two cubic miles of it by my rough math — dropped and piled hundreds of feet high, though we’re not sure when exactly this happened.

The dunes were so big we could see them 16 miles away on Saturday, a smudge on the horizon tinged blue by distance and the early morning. The backdrop of mountains made them look even bigger. When we stopped outside the park to take a look, a pack of coyotes began yapping excitedly from a mountain to the right, a high-pitched chorus that continued for about a minute before quieting.

Sunlight had yet to break over the mountains when we got to the parking lot. We were the only ones there, probably because it was freezing. Medano Creek, a shallow stream of snowmelt that girdles the dune field’s east side like a moat, was frozen into delicate shards of ice like I’d never seen before.

Time to climb. Our goal was High Dune, which stands around 700 feet from base to peak. It’s the second-highest dune in the field and stands within eye-shot of the entrance, making it a popular destination. Might as well, right? We made our way up as the mountains’ shadow moved down the dunes. 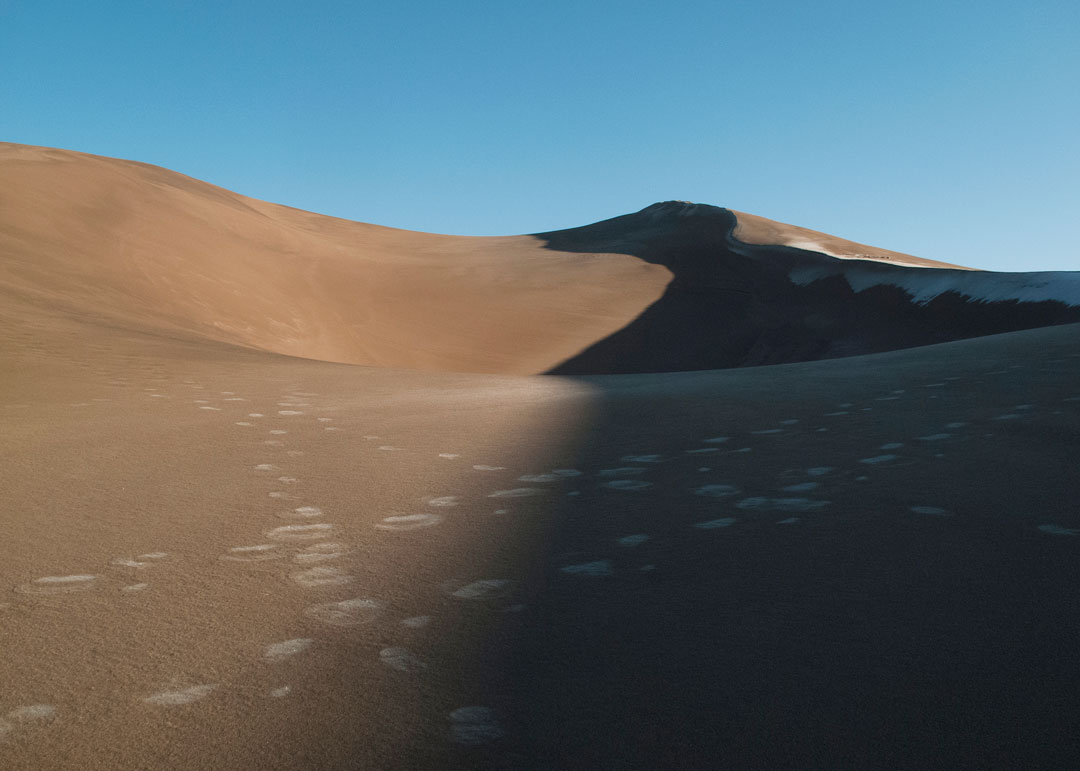 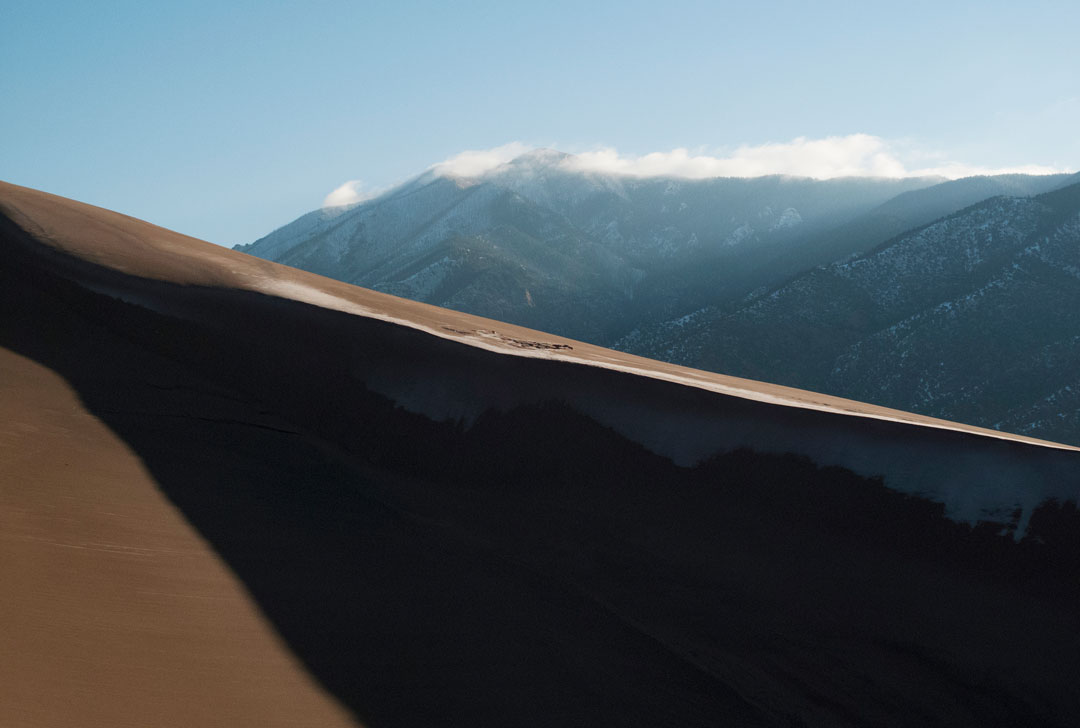 A raven squawked at us from High Dune as we approached, a black dot on the distant mound. It was gone when we got there. Around us was silence, quiet so absolute it seemed to press on my ears. I don’t know if I’d ever been anywhere so quiet. Mountains lined the north and east horizons; behind us stretched the flat valley. 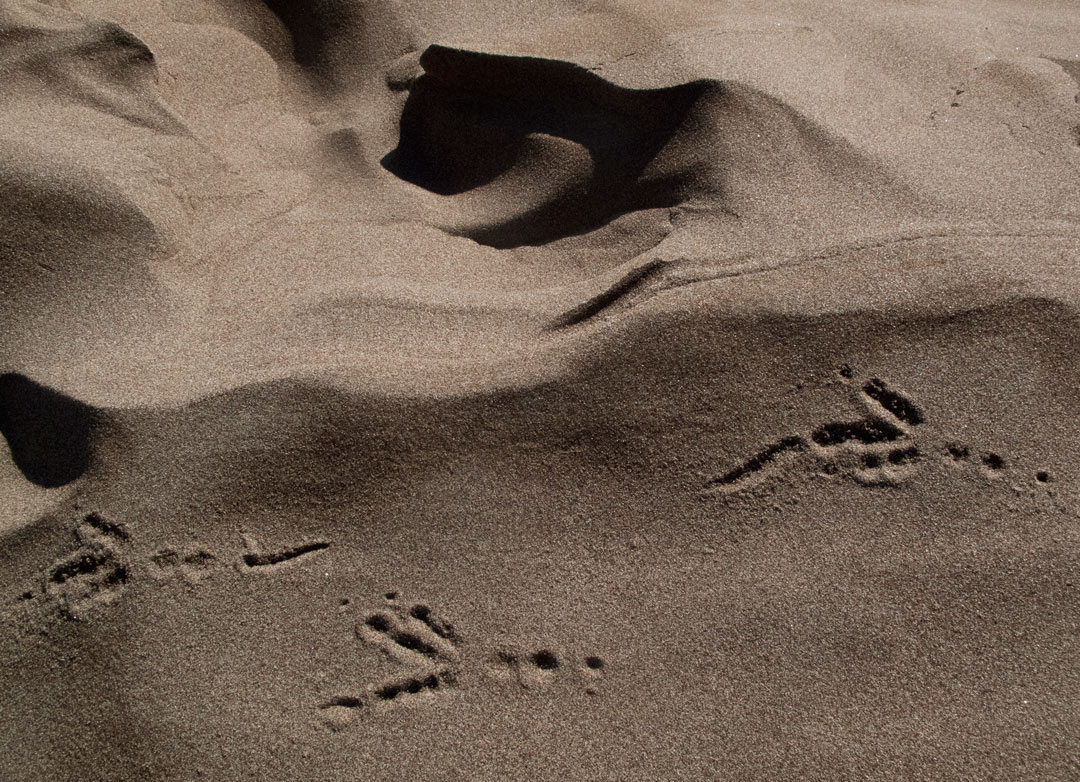 Other people began arriving as steam was drifting from the warming slopes; first a lone figure striding confidently under High Dune (in the lower left of this next photo), then a group of four speaking Chinese, who waved and called out to us happily. The crowd kept growing after that. 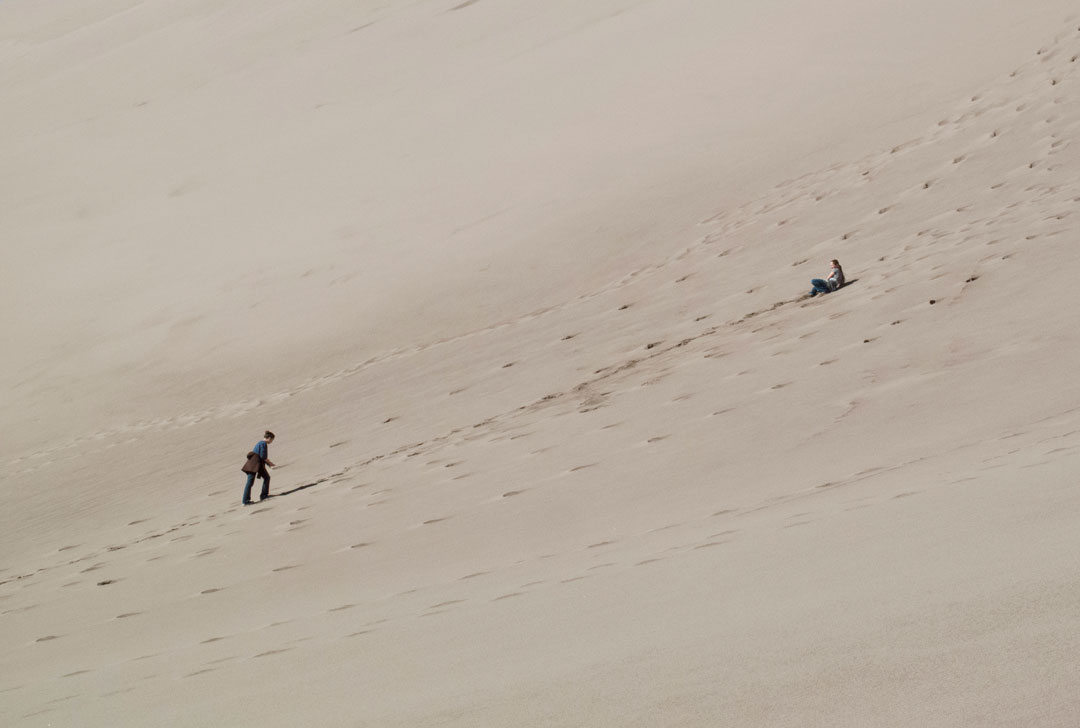 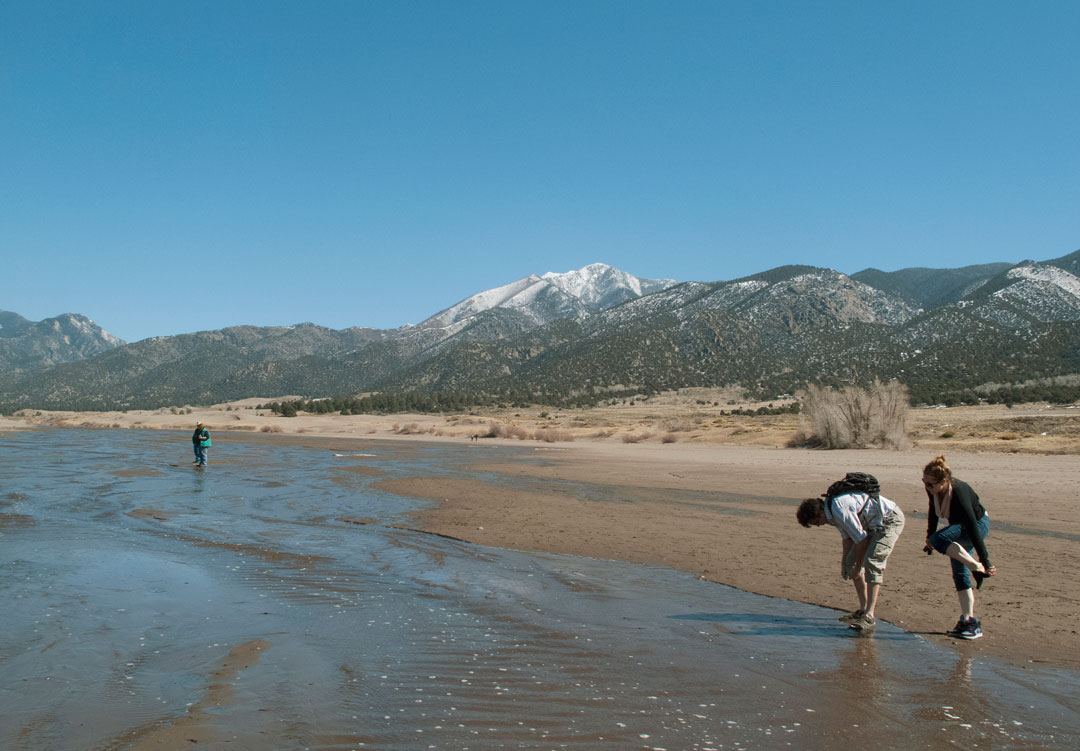 That was it for hiking, at least during the day. The night sky was clear when we came back to see the stars. I could count on both hands the number of times I’ve seen the sky so dark. It’s almost gritty, thanks to the sheer amount of tiny points of light — the longer you look at one patch of sky, the more stars you see. They were like sand, I thought. The next photo has the Little Dipper on the left, a line from a satellite and part of the Big Dipper (sideways) on the right. The photo after that is facing westward toward the dunes. 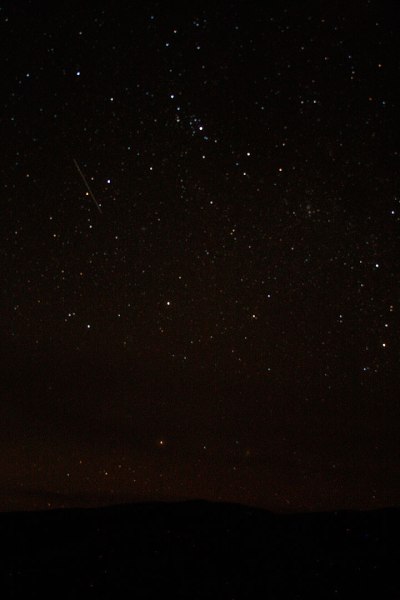 Saturday was for the second-highest dune. Sunday would be for the highest.

Thanks for tagging along! 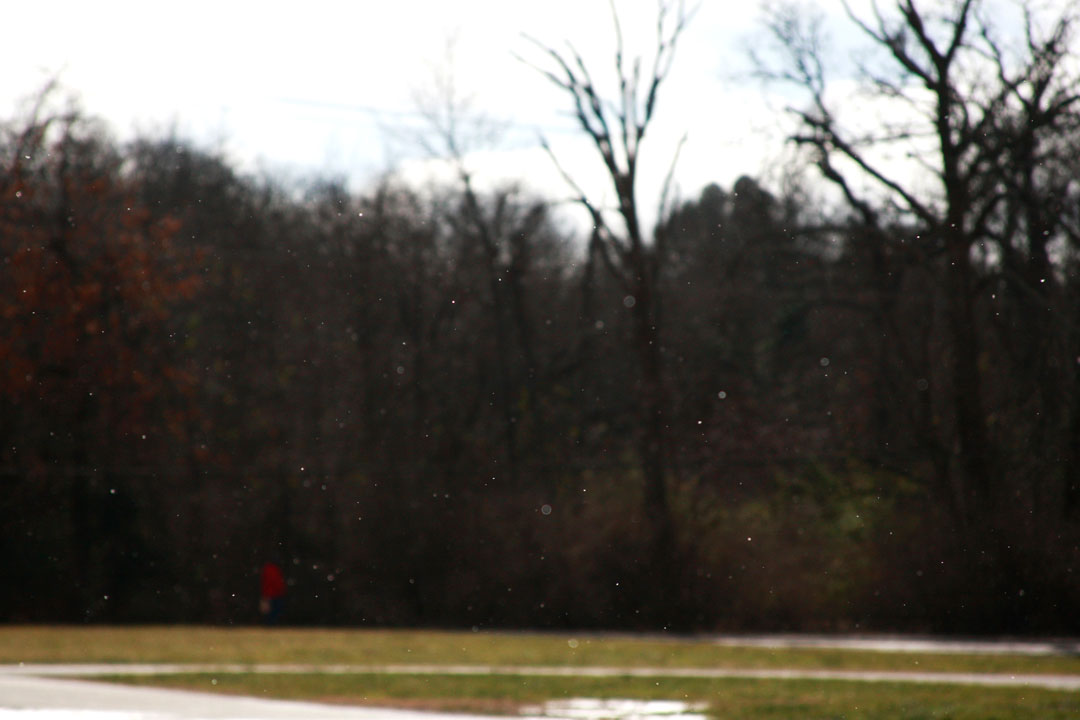 The Sun returned to us today, but with a price: highs in the 20s, wind chills in the single digits and a smattering of snow, even when the Sun was shining. The sunlight and cold aren’t opposites; the northern air is so cold that those clouds we’ve had for the last month can finally drop out of the sky. I played sub-freezing Ultimate with some other knuckleheads, including a few first-timers. 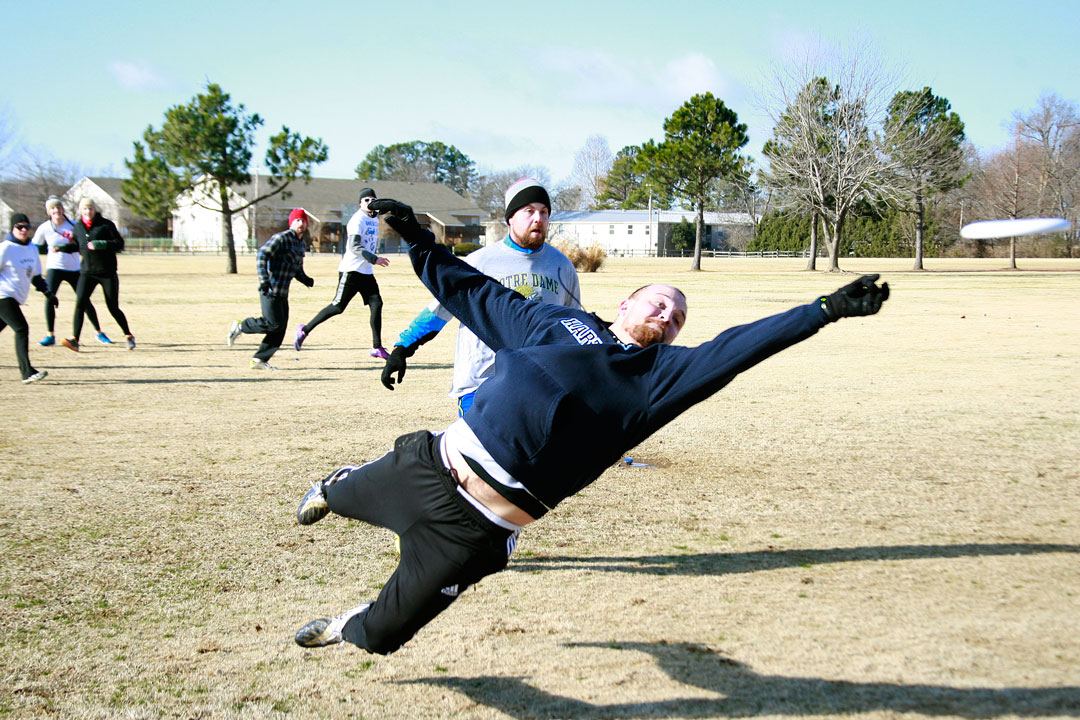 The evening drew on and temperatures fell; looks like it’s about 16 degrees as I type this. Still, a cloudless sky is a valuable opportunity.

A full Moon, a comet and Jupiter are above us tonight. I wish I could do them justice with the equipment I have. 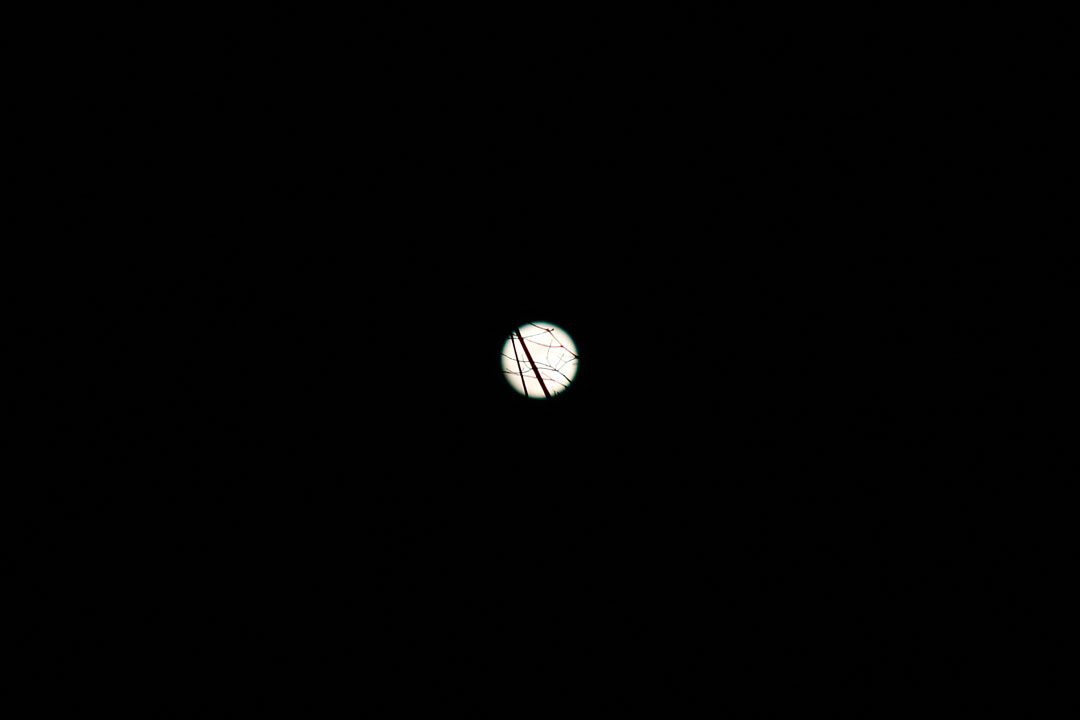 (The Moon through trees) 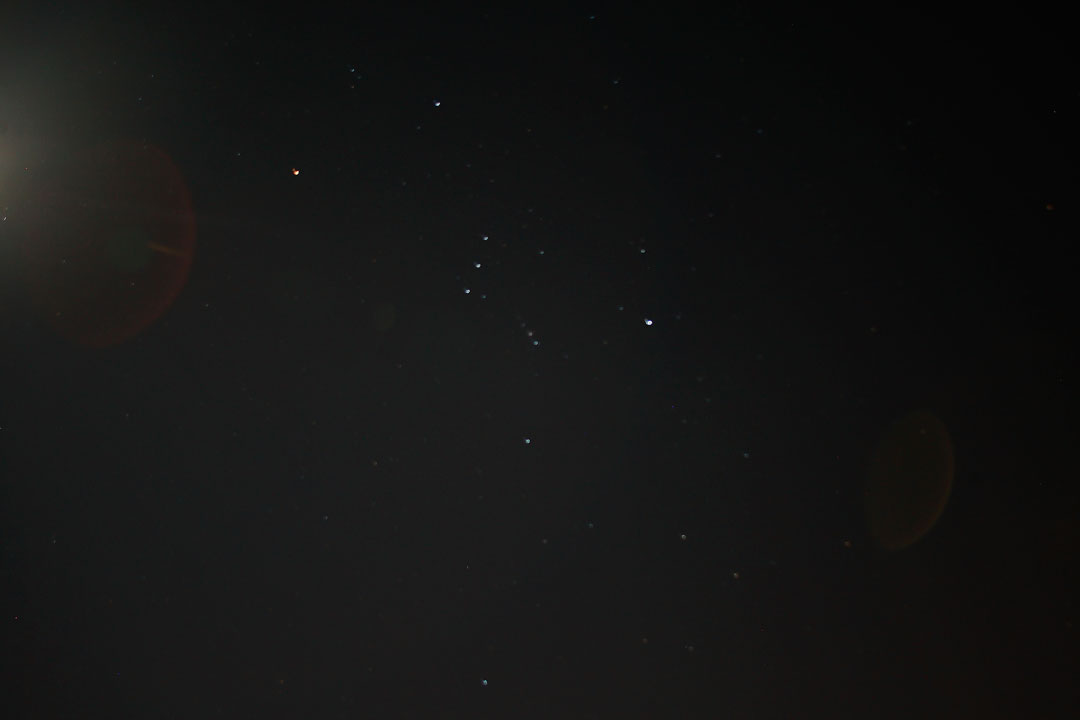 This is Orion — my first shot of a constellation. Comet Lovejoy, C/2014 Q2, is now visible from Earth near Orion’s bottom right. The Moon is bright enough to give the glare in this image and drown out the comet, but it should be dimming enough in the next week or two to see the comet with the naked eye. I’ll have to try again; this is the best I could get tonight: 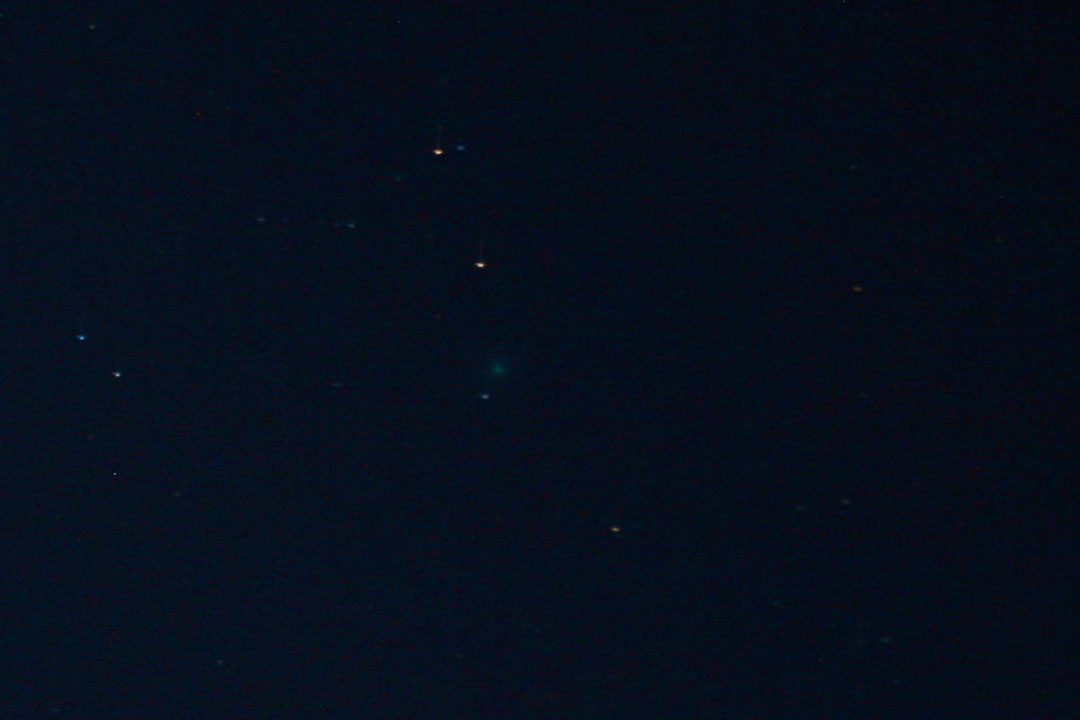 It’s that fuzzy green thing near the middle, trailing a faint wisp, the merest suggestion of a tail. Like an eclipse, these celestial crossings, even seen through a noisy long exposure, remind me there are inconceivably huge and grand things happening beyond our little world. Remember that, will you?

Thanks for passing by,