For the first time in five years, I consistently get to take photos for my job. It feels great.

I started more than six weeks ago leading two weekly newspapers in the Twin Cities suburbs: the Prior Lake American and Savage Pacer. It’s a relatively small operation that nonetheless takes a lot of work. I oversee two reporters and help get their work into the best shape possible, I work with other editors and reporters at six other weeklies that are part of the same company, I edit everything that goes in mine and work with designers to decide where it all goes in my papers. And I also get to report and photograph on my own. Above, for example, I watched a little CLIMB Theatre skit about nature and conservation at a Prior Lake elementary school last week. To understate, this is not a bad gig. Here’s a sample of some other things I’ve been up to.

A social and work skills day program for young adults with autism started up in Shakopee last month: 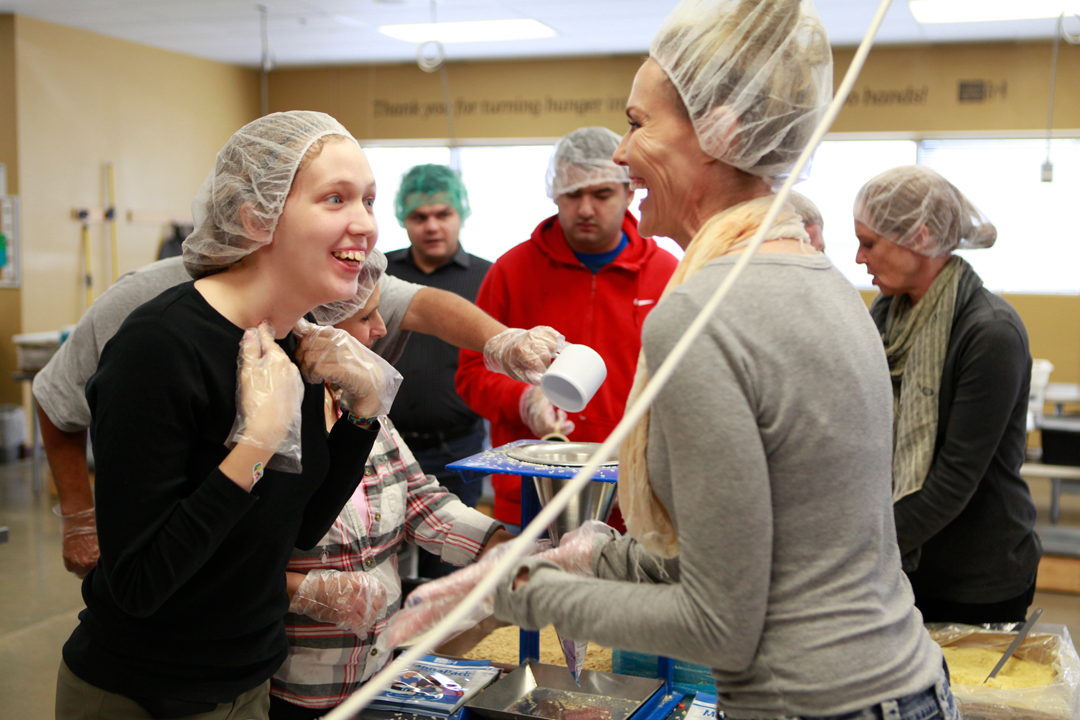 Prior Lake High School is performing “Sister Act” as its fall musical this weekend: 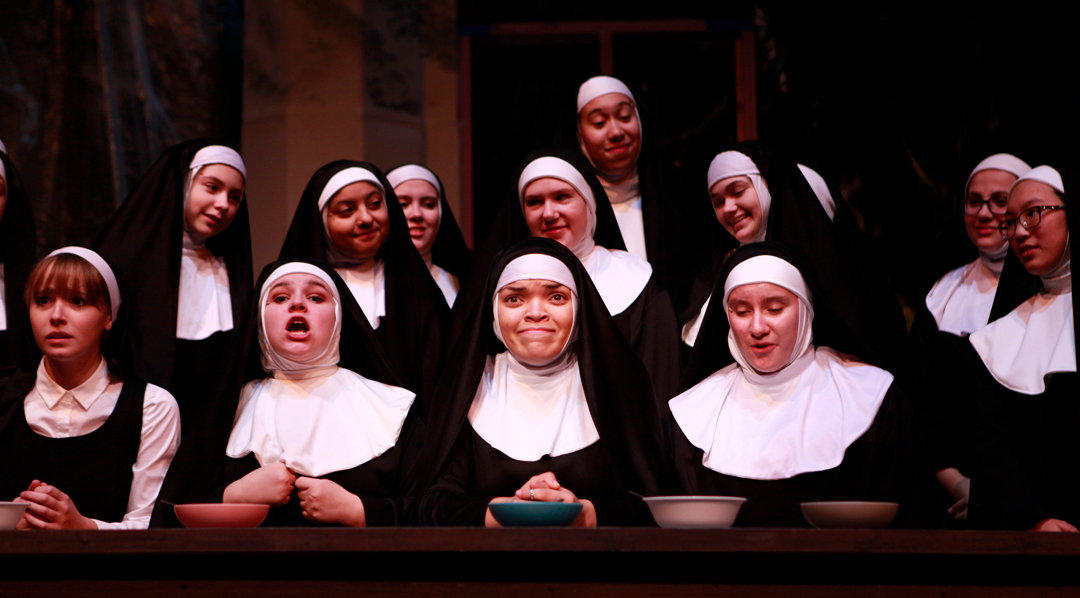 Local veterans spent all day Thursday sharing their stories and thoughts on their service with Prior Lake High School students (happy Veterans Day, by the way): 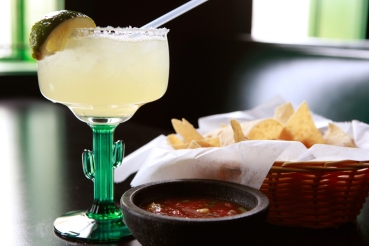 And I wrote a little outdoor feature all about the Minnesota Valley National Wildlife Refuge, which stretches over several miles of wetlands, streams and forests along the metro’s south. Look for that one, with some of these photos attached, this weekend: 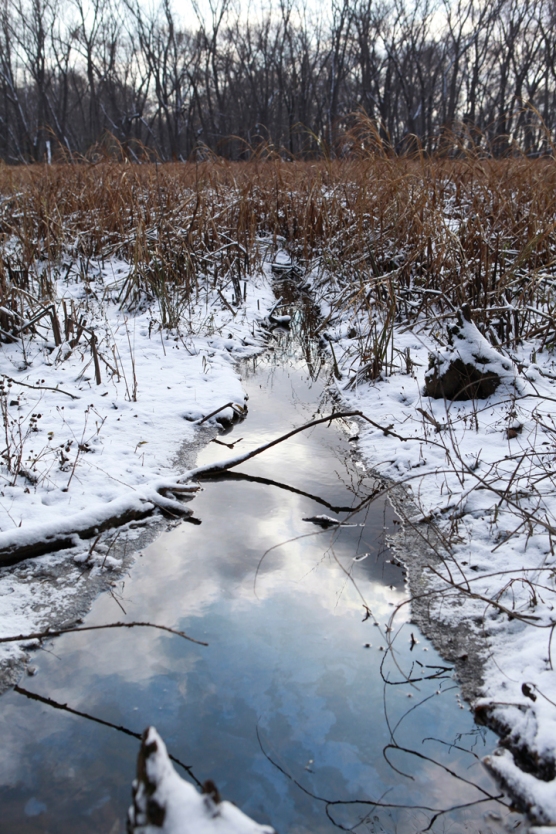 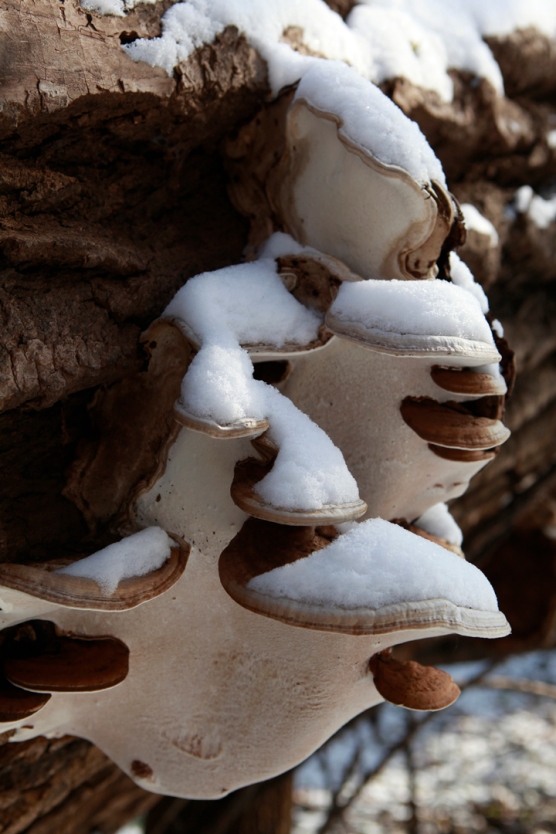 Stay warm out there, and thanks for looking.
Dan

I like to joke that a journalist’s conversion to public relations – becoming a spokesperson for The Man, whatever form he takes – is like going to the Dark Side. Many give in to the temptations of better hours and pay and reputation among the general public. What losers, right? We might need to consult with our Dark Side brethren, though, because journalists these days aren’t doing very well in the public relations arena.

Presidential candidates one after another score points by bashing reporters’ questions and motives. Facebook and Twitter commenters every day lament that only a dozen or two dozen real journalists are left in the whole country. Activists in Columbia, Missouri, pushed reporters away from public and freely available spaces on Monday. And at the Veterans Day parade in Fayetteville this weekend, a Vietnam veteran speaker called it unfortunate that correspondents were embedded with the troops during that war. They sapped the United States’ will to beat its enemy, he said, by broadcasting photos of girls burned by napalm and men about to be executed or by reporting massacres. 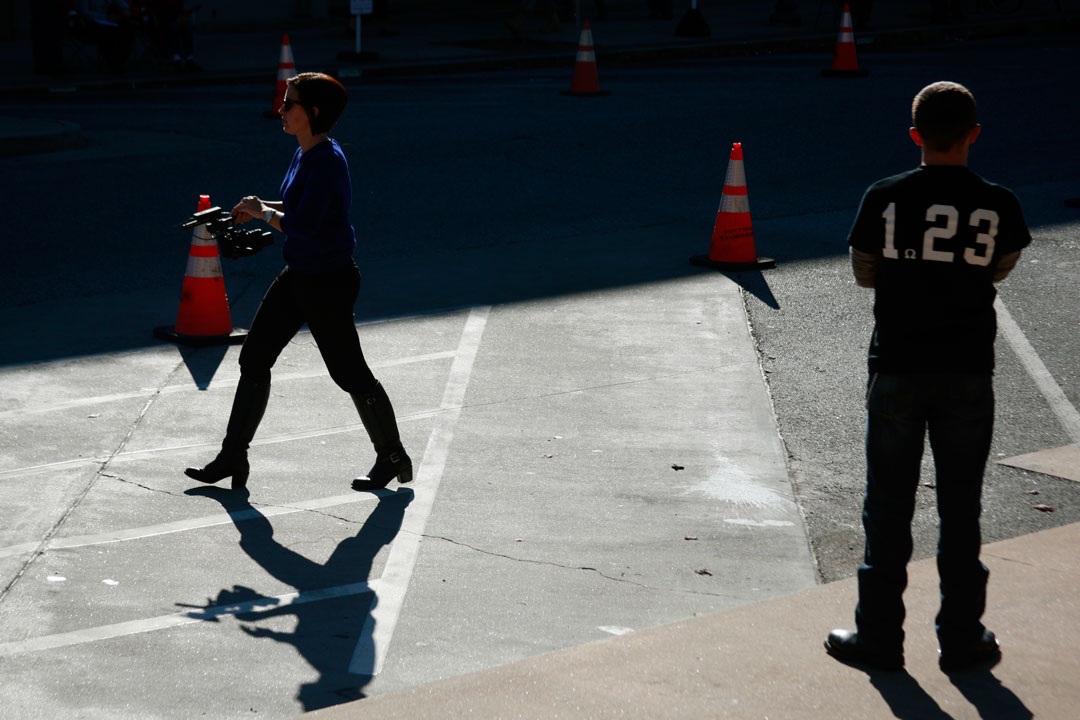 Journalists have slunk into undisclosed bias and have made mistakes, some of them fairly huge. We all absolutely should examine and criticize the news media and what they do and why, and I’m not grasping for sympathy. I’m not personally involved with any of those examples above and don’t know everything about them. The past few weeks just have been challenging and stimulating for me, a local newspaper reporter, to watch.

Here in town, Sunday’s parade was different from all of the others I’ve seen in the square – smaller, quieter, shorter. At least a hundred or so people came to show their support for veterans past and present. The light was slanted and sharp. The crowd cheered for a little lady who wore a red, white and blue knitted hat and served in Alaska’s Aleutian Islands during World War II. The high school marching band marched in and made me nostalgic for my trombone days. 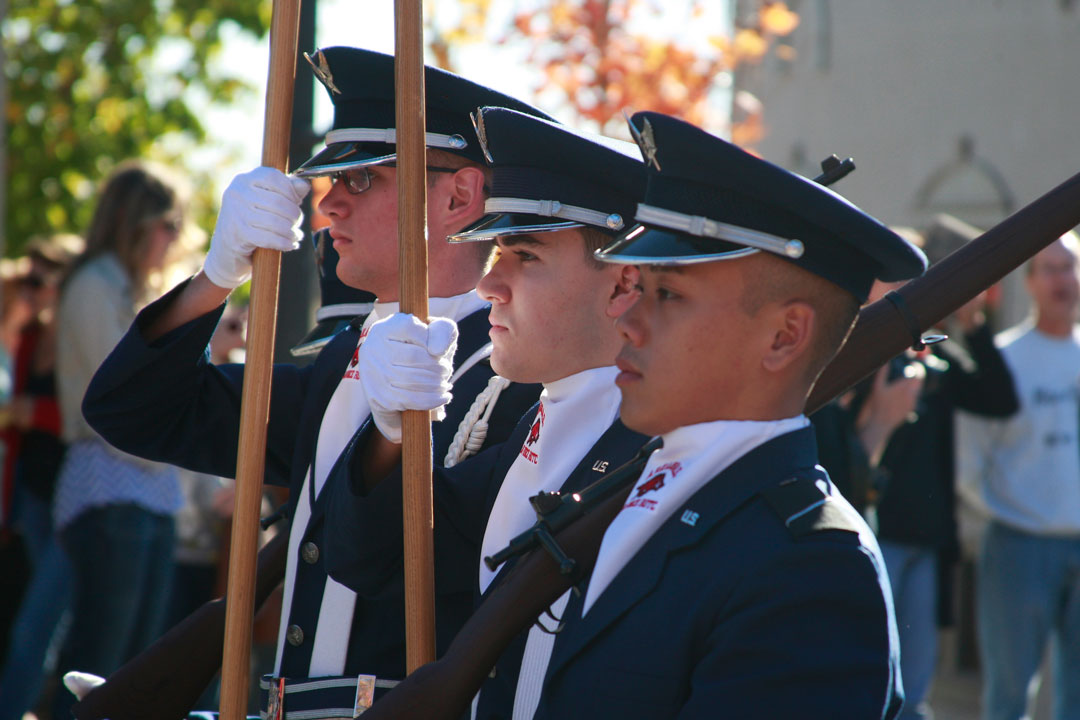 That speaker Sunday raised a significant point about how war has changed under the media’s watch. Around 4,500 Americans have died in Iraq in the last 12 years. About the same number of Allied troops died in a single day of WWII. I don’t know if we will ever again accept that kind of loss, and I dislike trying to imagine what it would take for us to lower our bar.

Our new conflict calculus seems at least partly to come from how we see every one of those deaths in photo and video and print and on the nightly news. There’s room for improvement in how we take care of veterans at home and how much attention we pay to other countries’ losses, but in the battle itself, there are few abstractions left. We learn about our men and women’s lives and loves and hopes. We see a little more of war’s cost.

Journalists don’t have a right to everything, but I like to think seeing and discussing where we as a people are going is worth our poking around. It’s an interesting coincidence that as reporters take so much flak, a movie showing what the job is all about comes out and earns critical acclaim. The best journalists are there to find and show what a war really means, and to ask where public figures came from, and to explore why people say and do the things they say and do. Reporters do important work every day. I hope we can prove it. I hope others can see it. Otherwise we reporters might all end up in PR.

Thanks for looking, and happy Veterans Day. 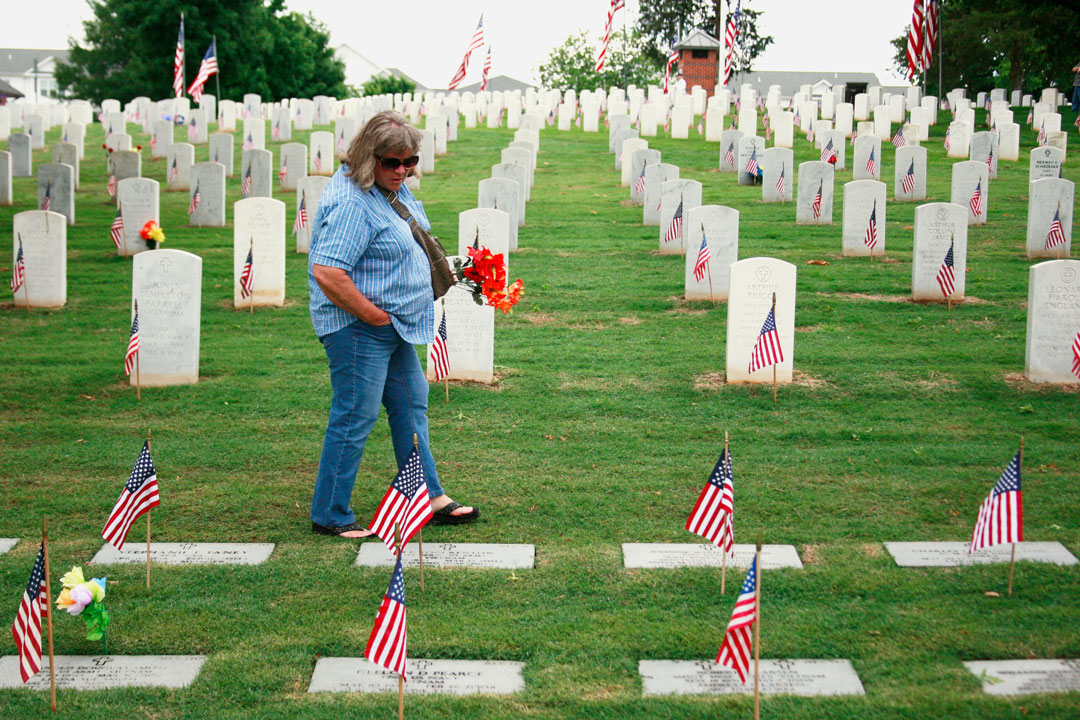 Two years ago I sat down with a group of Vietnam War veterans who crewed UH-1C “Firebird” helicopters together and, four decades later, meet every other year to check in with each other, relax and retell their stories. One incredible tale was about the September 1969 day they call Black Monday. Gunner Gene “Wally” Waldrip, 20 years old at the time, described the scene:

The gunships were escorting infantry on the ground, including a friend Wally had known since first grade, he said. It was supposed to be a relatively routine day, at least for a war zone, but as they approached their landing zone, the jungle erupted with gunfire around them. Soldiers and choppers fell on all sides. Gunships, with their load of weapons and fuel, weren’t meant to land. One pilot landed anyway.

Fleeing and wounded soldiers immediately clamored in as bullets flew. The pilot couldn’t clear the trees with the weight, so he took his only other option: tipping forward his blades and weed-whacking his way through the trees. The chopper made it to safety and unloaded and refueled to head back. Wally’s friend was dead. 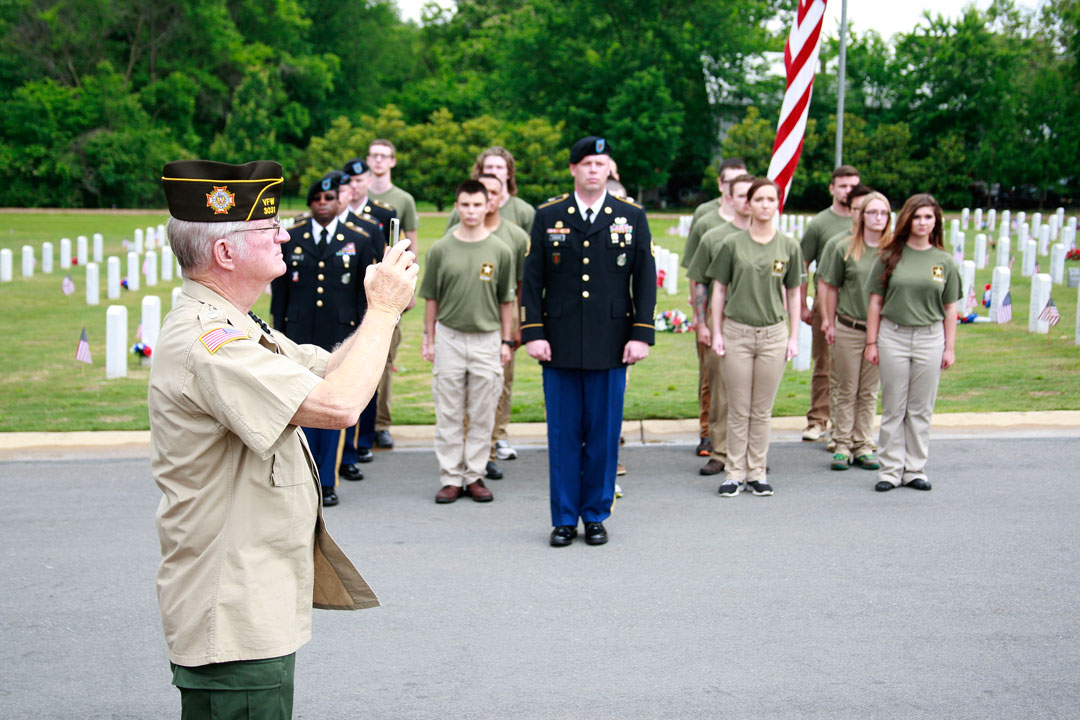 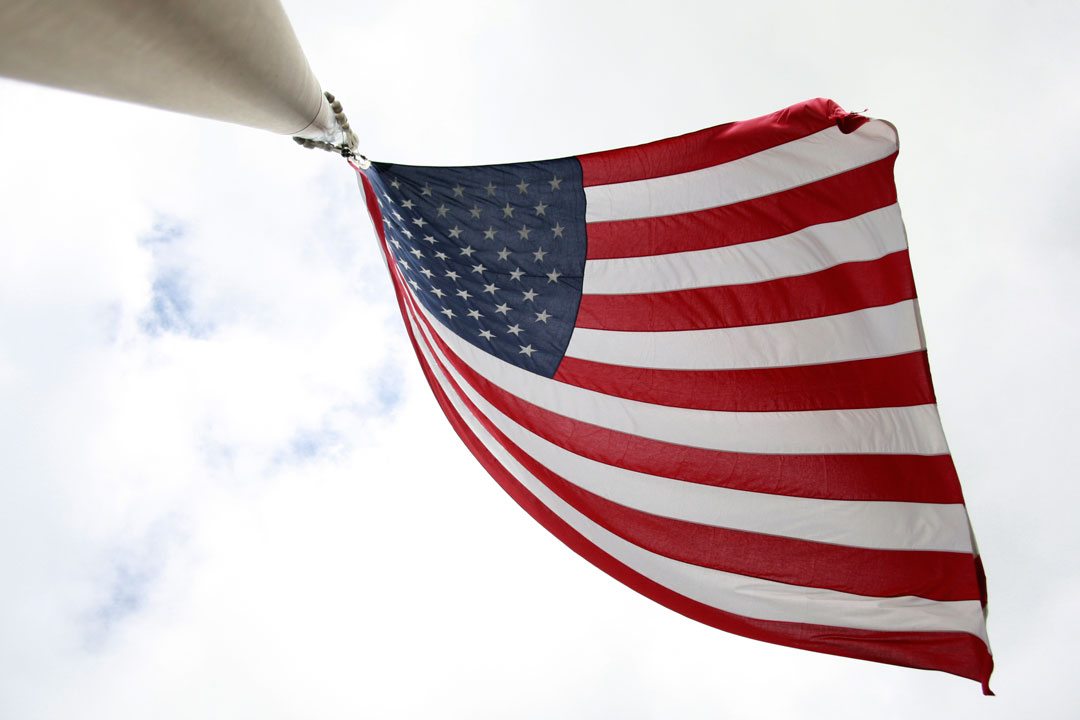 It’s the kind of bizarre and terrifying story only something like war can provide, but what comes to my mind today is what Wally told me afterward. He and other Vietnam vets lost girlfriends, were denied jobs and were labeled baby killers when they returned, he said, subjected to the anger and vitriol of years of protests against the war.

Wally struggled for decades to find any value or meaning to the loss of almost 60,000 American lives and many more Vietnamese. But he found some solace in how differently people react toward vets now.

“Generally, the nation gets it this time,” he said. “They may not agree with that war (Iraq or Afghanistan), and if they had their say they’d tell you to get out, but they’re not downgrading and they’re not stomping and disrespecting.”

He added: “That was the value of the Vietnam War, and you know what? It was worth it.” 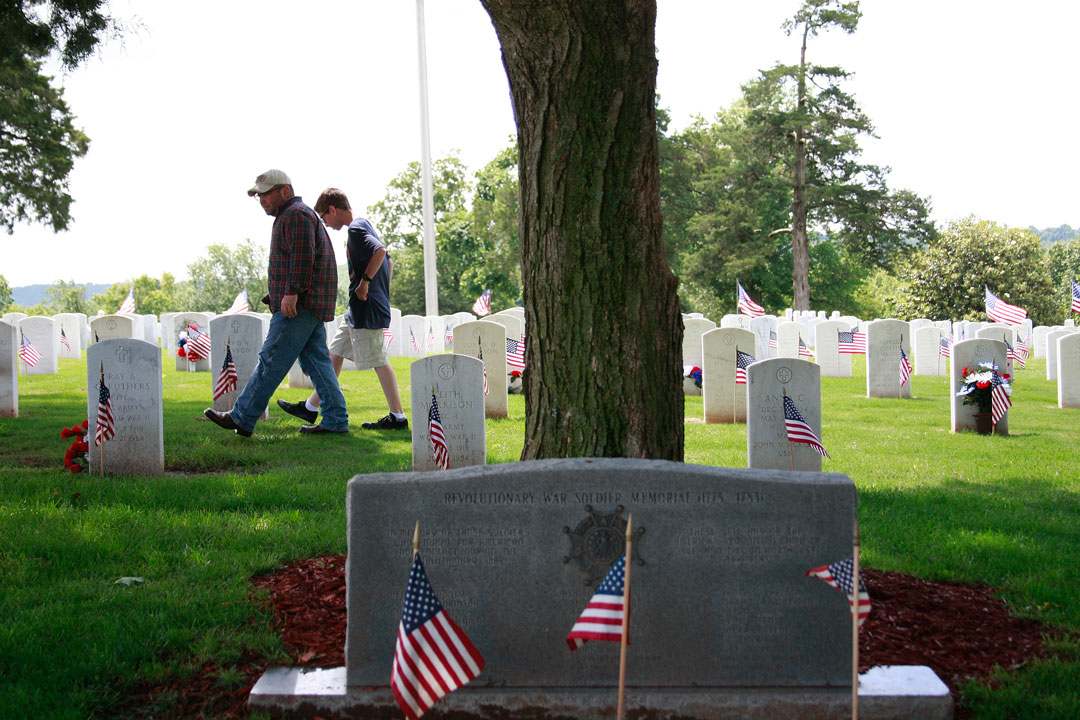 These days the U.S. military is mostly out of the fights in Iraq and Afghanistan, but we continue airstrikes in Iraq and Syria, where the so-called Islamic State sows death and slavery, and violence continues in Afghanistan. Several recent veterans I talked to last June said they felt their efforts and hundreds of thousands of lives, almost 7,000 of them American, were wasted in those two countries. I’m sure others disagree, but the veterans I spoke to were unanimous.

As Wally said, veterans today have a much kinder reception. But visible and invisible injuries remain that we’re obliged to help take care of. There’s no returning what soldiers and sailors and Marines and airmen give us, and no forgetting it on Memorial Day. On the front end, we civilians need to make absolutely sure the sacrifice is worth making. 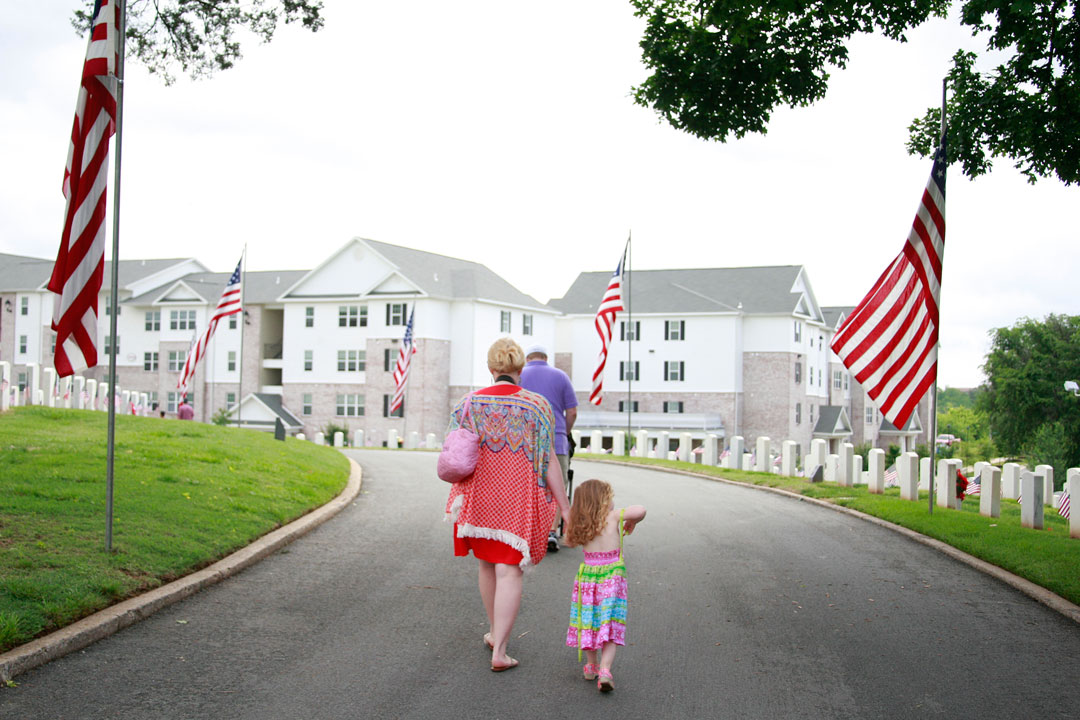 These shots are from Fayetteville’s National Cemetery this morning. It was actually dry and fairly sunny for the speakers and taps and moments of silence, though breezy. Now we’ve got storms coming through — again. 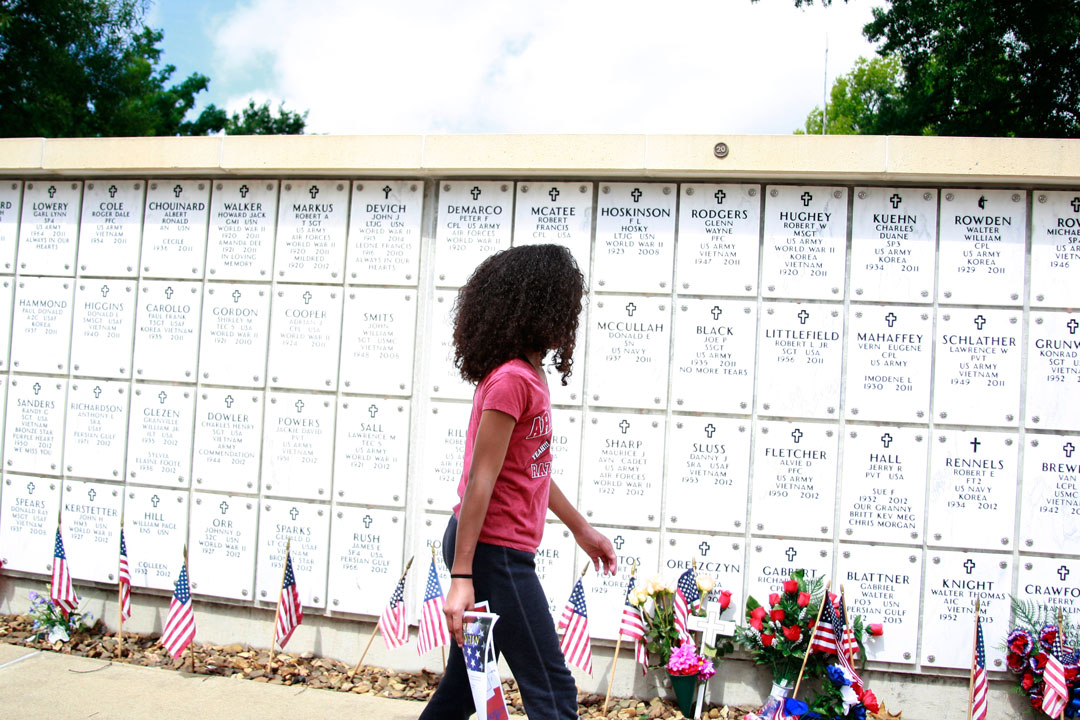 Hope it was a good holiday for you! Stay dry, and keep remembering.

Ozark highways during summer holiday weekends are always full of trucks carrying boats and jet skis and family dogs. Grandparents holding ice cream cones and kids too excited to stay in their cars at gas stations are all on their way to Table Rock Lake or Beaver Lake or Lake of the Ozarks or any of the other lakes around here shaped like great seadragons, with their tails and tendrils and branches. The shape forms when hilly areas are dammed and flooded, and I’ll always associate it with this place. 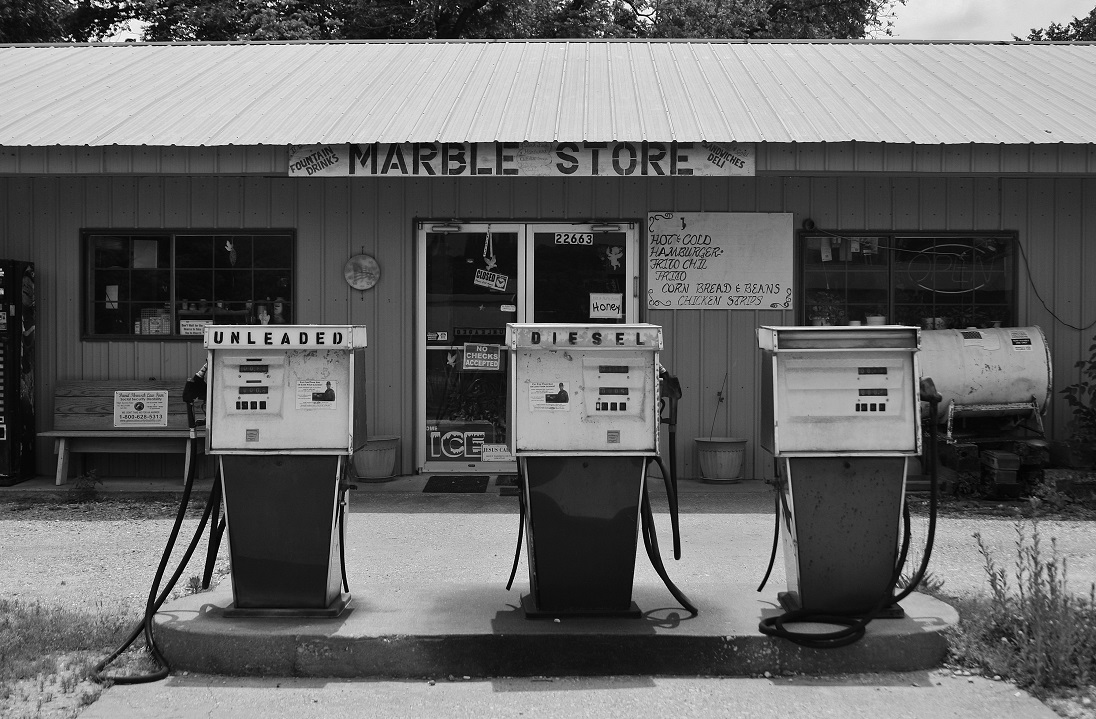 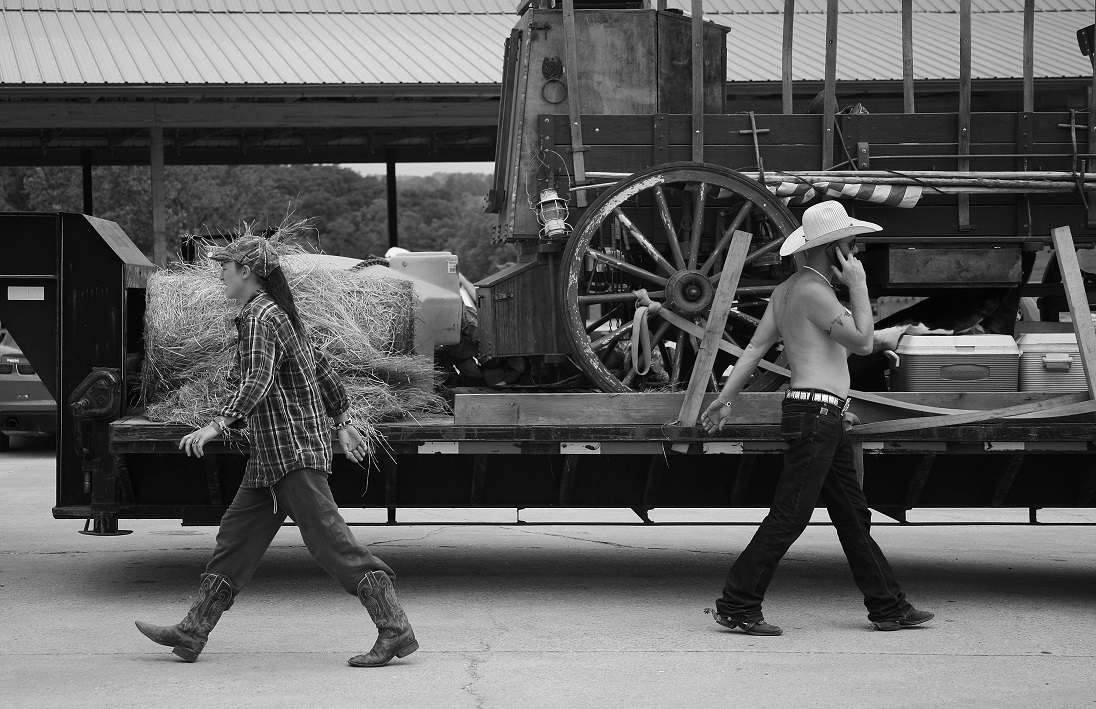 One of those Ozark highways is U.S. 412, running from one northern corner of Arkansas to the other. I went up and down a segment of this road for my Memorial Day, hoping to capture just a little bit of the tiny-town life it strings together. 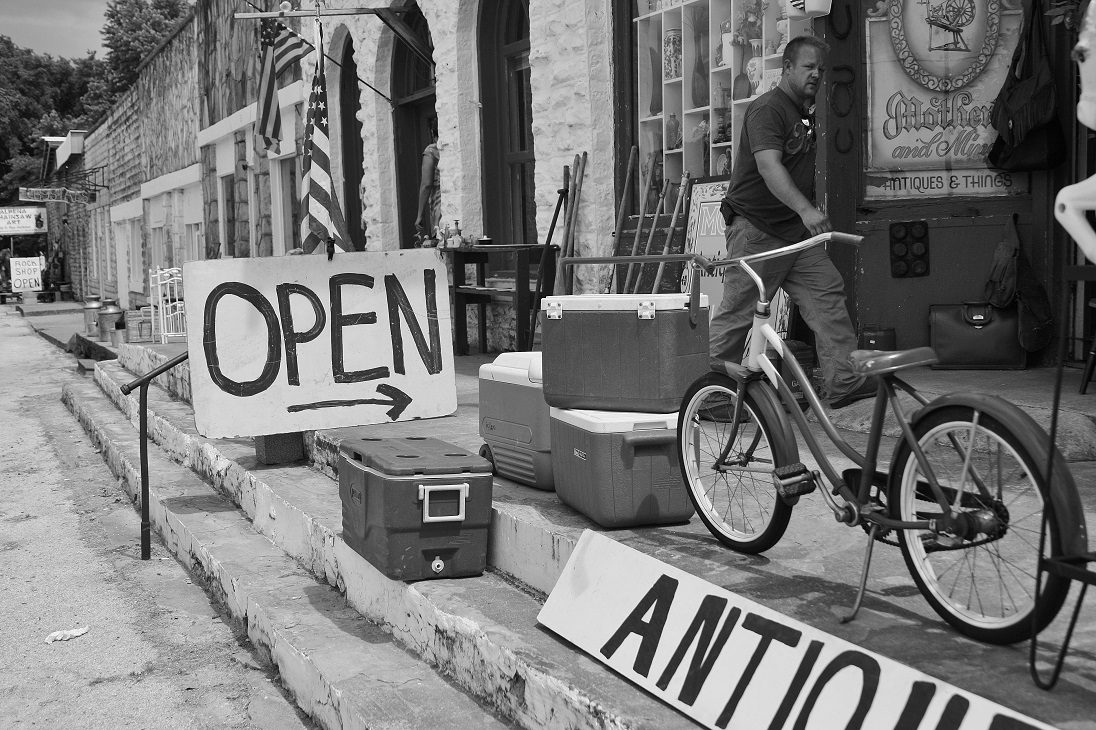 Speaking of Memorial Day, I’m reminded of something a veteran friend of mine pointed out. When we thank veterans for their service, maybe we’re really thanking them for going to war instead of us, for taking our place so no draft is needed and we can enjoy road trips and holiday weekends and careers that give holidays. We go, and you don’t have to, he said.

I think this perspective makes the thank-yous “for your service” and “for defending our freedom” more real and tangible. Any perspective that does that is a valuable one, I think.

I hope it was a good weekend for you. Here’s a few more images from around my apartment this weekend. 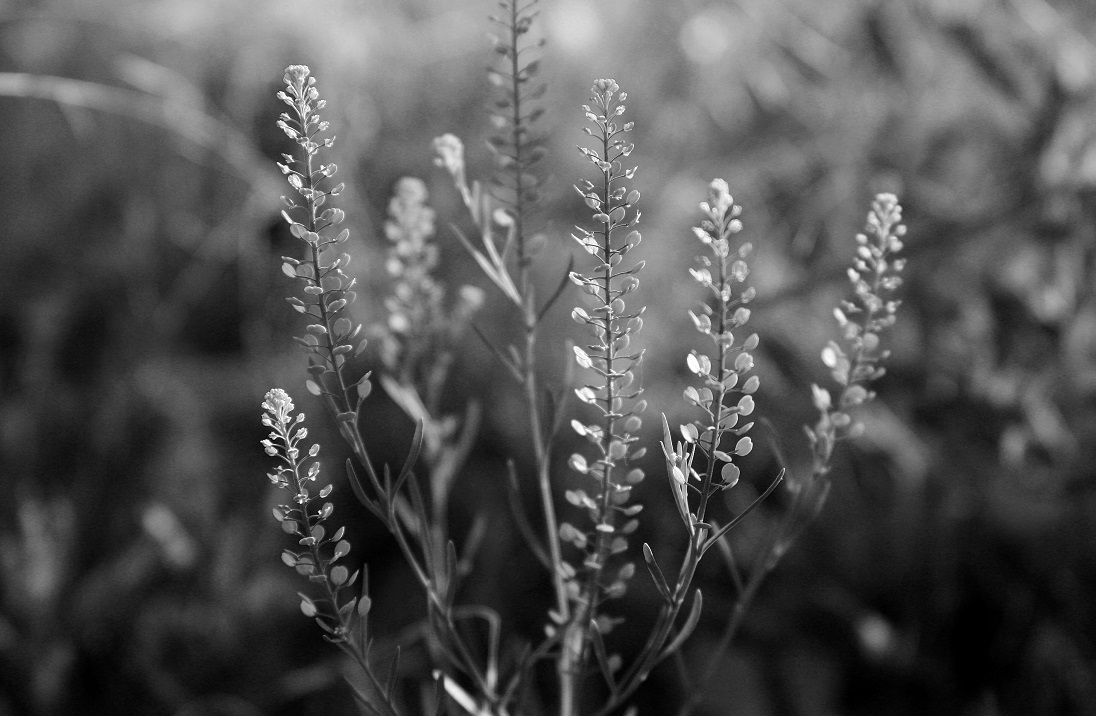 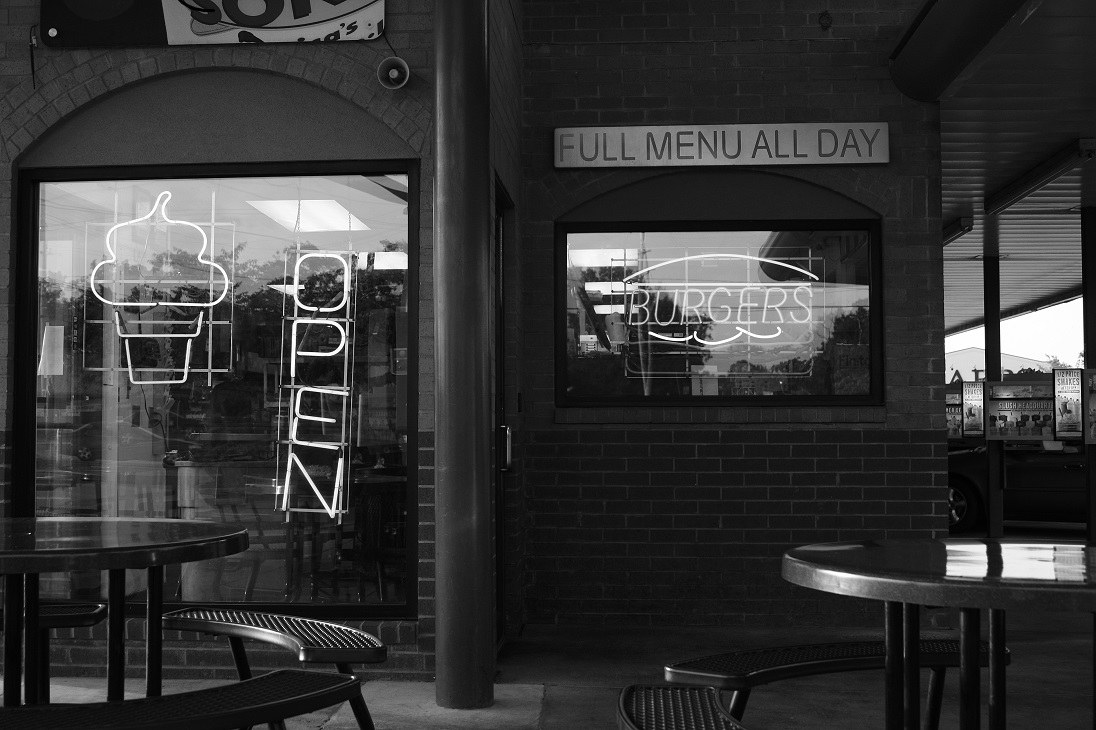