This is something like the Minnesota March version of that standard image of a bent-over palm tree. Instead of being on a white, sandy beach, this one’s hunched over something like 2 feet of snow. We’ve gotten significantly more than that in recent weeks here in the Twin Cities without much thawing; I’m thinking the weight of each new snow blanket is simply compressing the snow underneath. There’s just a lot.

I’m not thrilled with the “bold north’s” winter at this point, but I have been getting a feel for its details: the knocking of several woodpeckers at once on still days, the ice on my face and inside my nose, the bulldozers and dump trucks loaded with snow, the ever-deepening valleys of sidewalks. Somehow only short segments of the Mississippi River freeze even now, but those that do genuinely resemble the surface of the moon. 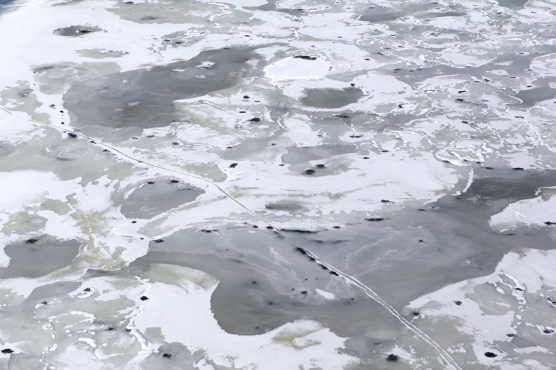 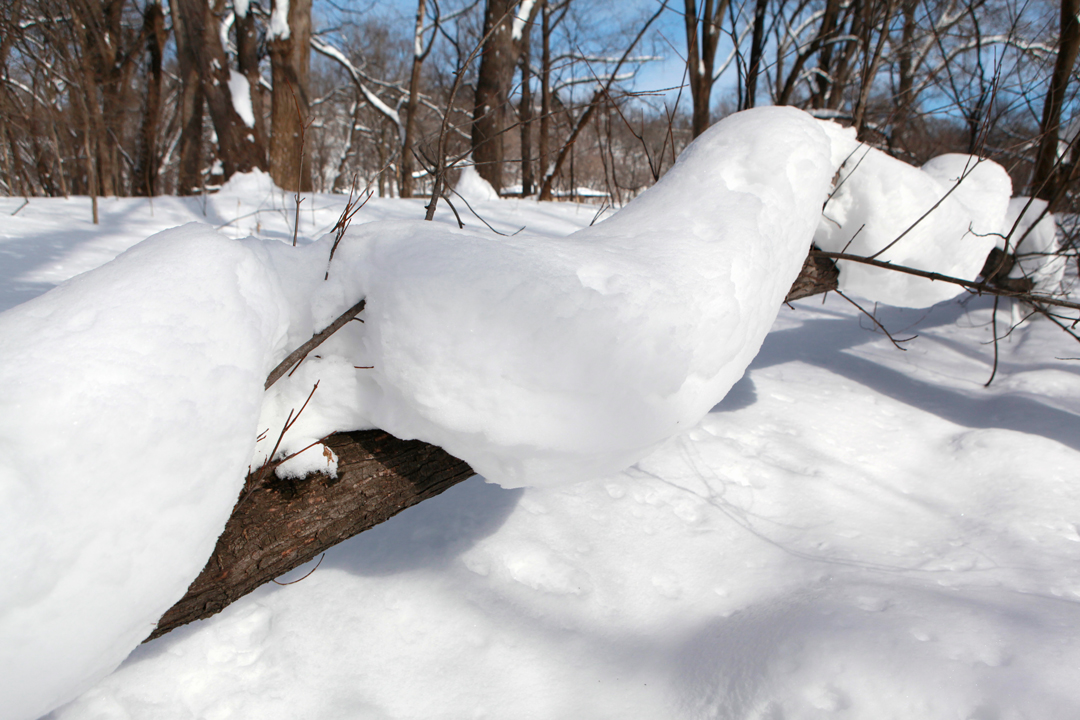 I took these yesterday at Hidden Falls Regional Park in St. Paul. The falls are indeed hidden, frozen solid and covered in snow, but the rest of the park gave a nice opportunity to follow snowshoe trails, which are a little easier than raw snow to negotiate, down to the Mississippi and back.

Speaking of wintry details, I’d like to circle back to something I caught a glimpse of in this blog post back in November: odd root- or fractal-like patterns that appear in pond and river ice around here. I’ve since found a lot more of these shapes and actually wrote up a story for work about them here. There’s a few guesses out there, but they might form from warmer water trickling up from below or from water on top of the ice flowing back down through a hole or break. 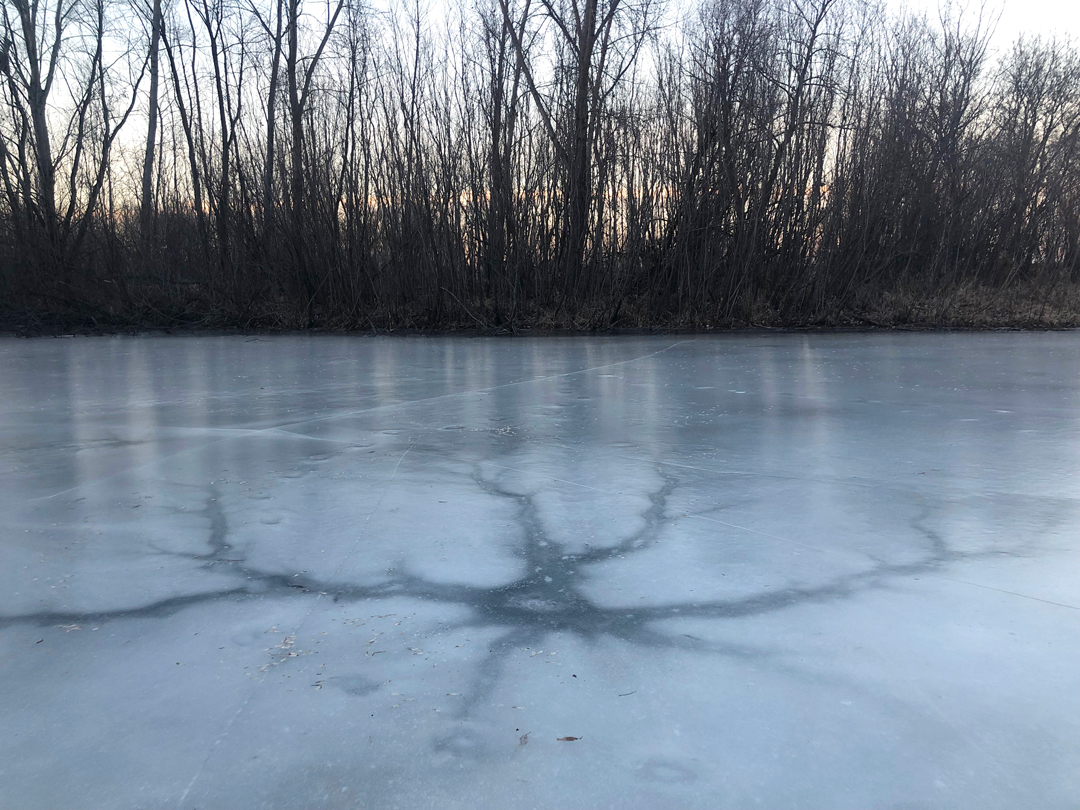 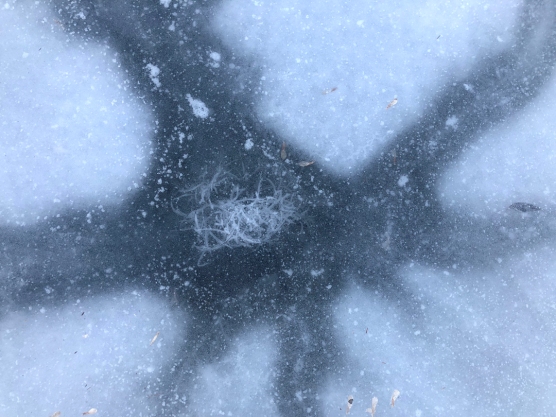 There are little treasures to find even when it seems like nothing but ice and snow outside.