This is just wrong, y’all.

Trees and other plants from the South to the Great Lakes are coming to life several weeks early. Four days this month have reached record high temperatures, according to the National Weather Service, and we’ve gotten to 80 degrees twice. January had 11 days above 60, while the average is in the 40s. Now, there’s always been wacky weather, and climate scientists are always quick to point out that climate change doesn’t cause any single weather pattern, instead affecting the probability of certain events. Scientists have measured the highest carbon dioxide levels in millions of years in the atmosphere; the gas is strongly connected to temperature throughout the planet’s history.

On top of that, these particular blossoms belong to a Bradford pear, an ornamental but invasive species that humans brought here from east Asia. Invasive species like these trees and honeysuckles crowd out native plants and steal away their light and nutrients, which can hurt local bugs, birds, mammals, soil, water and us, and they’re hard to get rid of.

Basically we’ve made a mess, even if it looks nice or feels great. 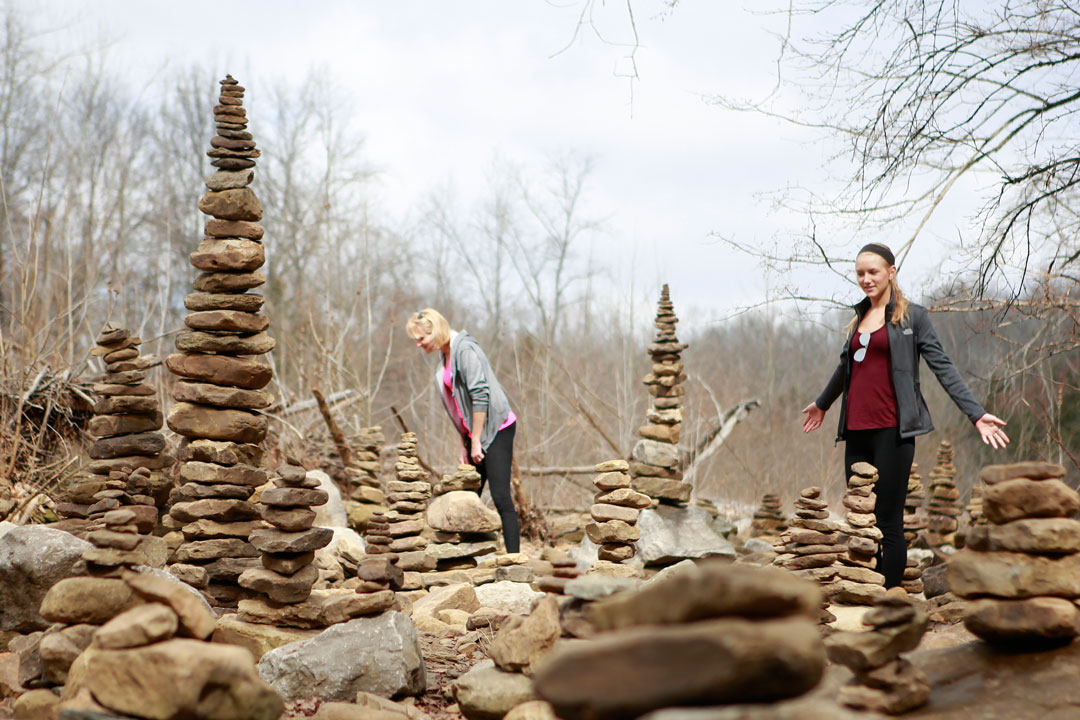 That brings me to these rock piles along Lee Creek at Devil’s Den State Park. I know I’ve shown them here at least once before, and they’re a pretty and neat way for dozens or even hundreds of people to connect in the same space. It’s also something we shouldn’t be doing, come to find out. It’s bad for creek beds and the fish and amphibians and bugs living in and under them, and it’s something park rangers around the country are trying to stop.

Anyway, I don’t mean to be the buzzkill during some really fantastic weather. The point is we humans have a way of leaving our marks big and small. Keep an eye on them.