This is a post about big things and how tiny humans are compared to the world around them. The Lost Valley Trail down by the Buffalo River is full of bigness: big trees, big rocks, big caves. There are also plenty of small things. But it’s the behemoths that define this place. 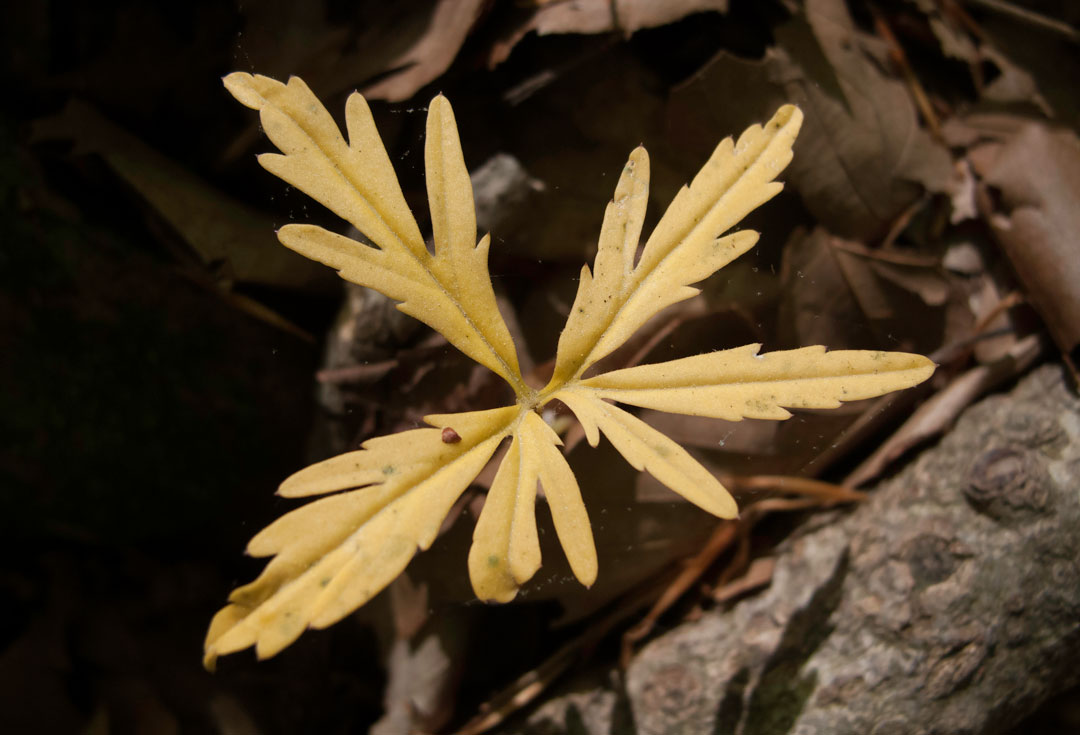 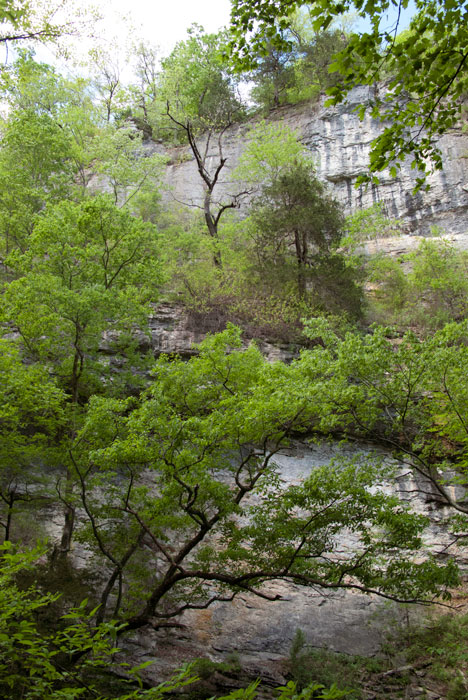 The trail follows Clark Creek through a forest of tall, narrow trees that are abruptly interrupted by cliffs several hundred feet tall. The bluffs curve toward the pinnacle of the hike, Eden Falls, which are fed by a cave high above the valley floor. I thought our last rain would be recent enough for a healthy waterfall, but the creek was already so low that it seemed to disappear about halfway down the mile-long trail. The valley still has plenty to see. 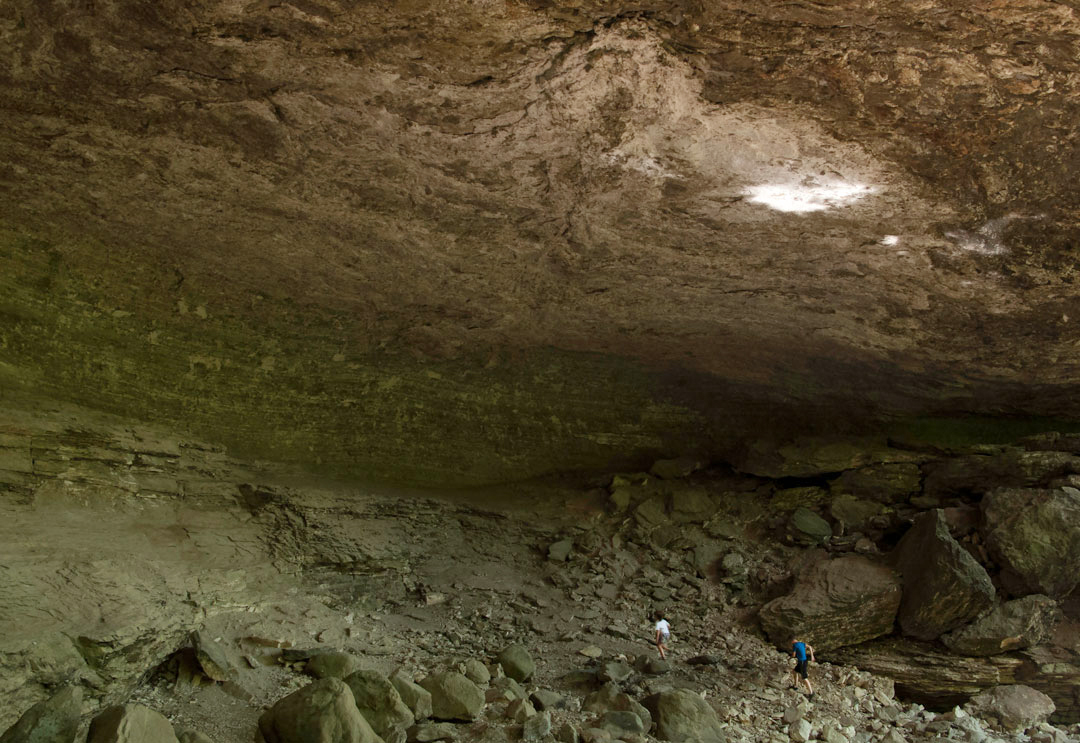 On the way back I opted for the riverbed instead of the trail. This stream was likely once an underground cave; now the collapsed cave roof and stray pieces of the bluffs have left it choked with chaotic, car-sized boulders that otherwise would have no business being in such a small creek. 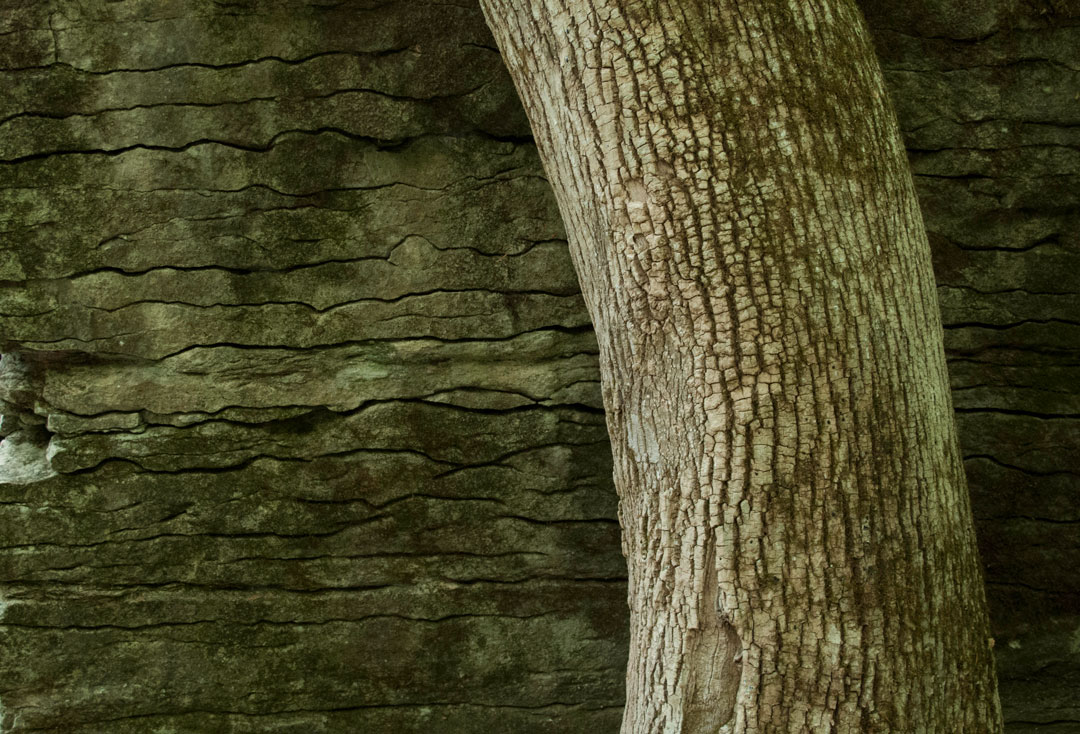 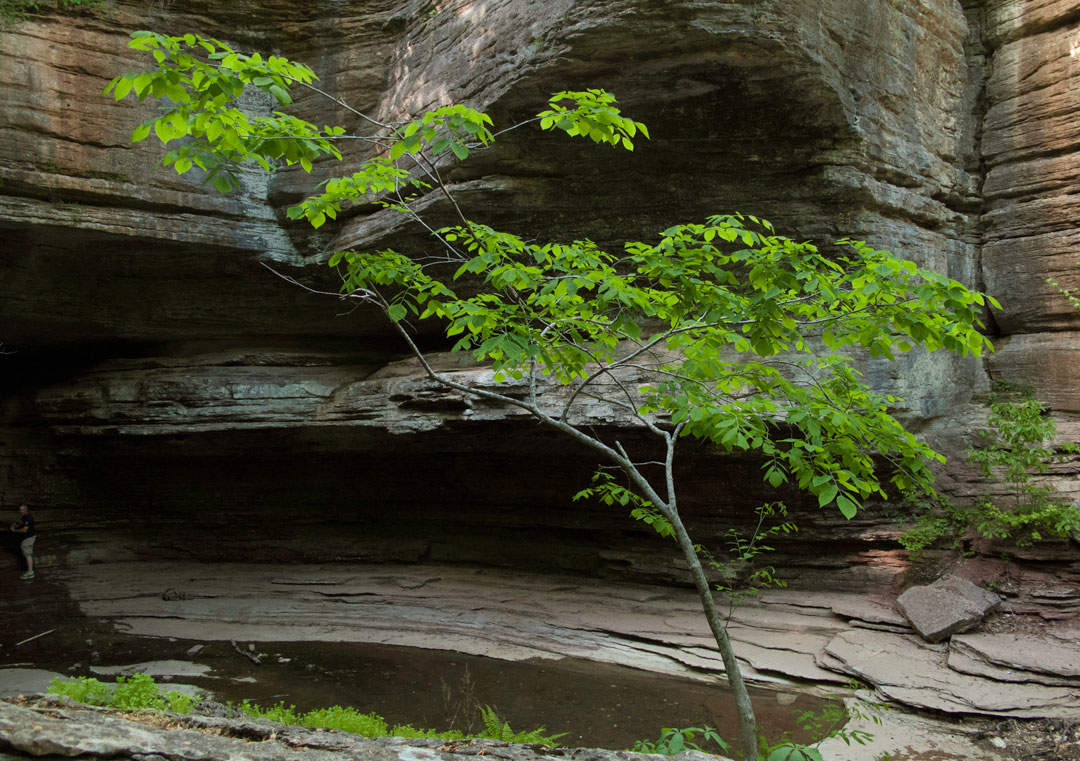 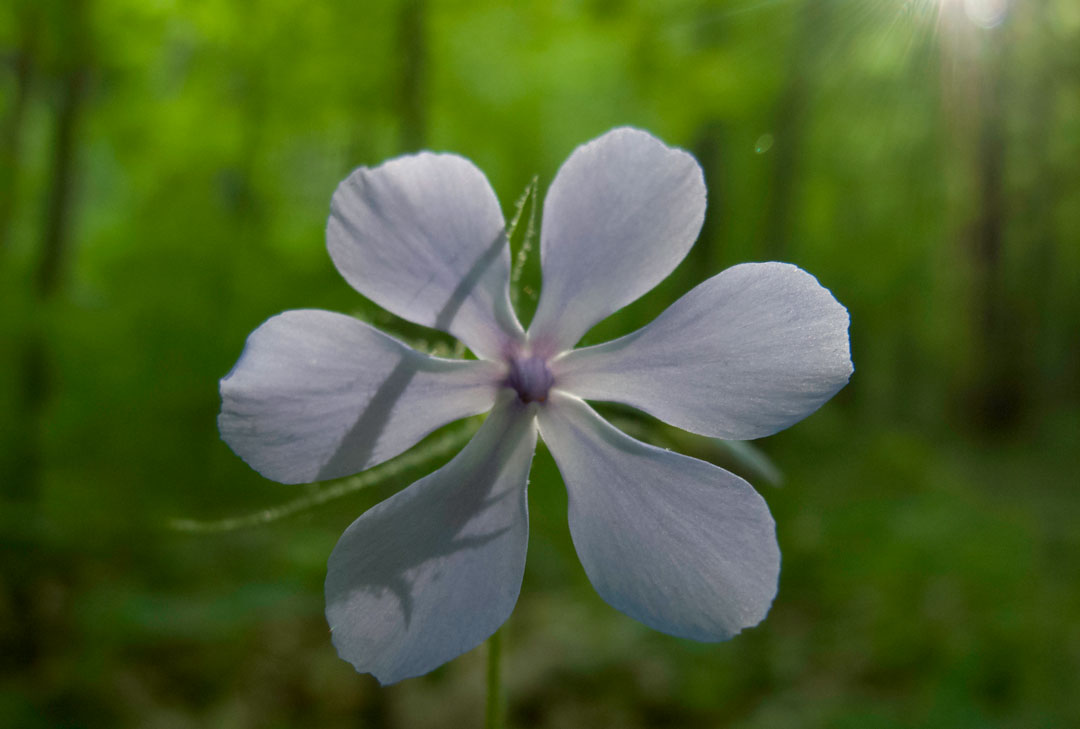 Yosemite — along with its even larger cliffs and trees — comes in less than two weeks. But the big places of Arkansas aren’t too bad in the meantime. Thanks for looking!